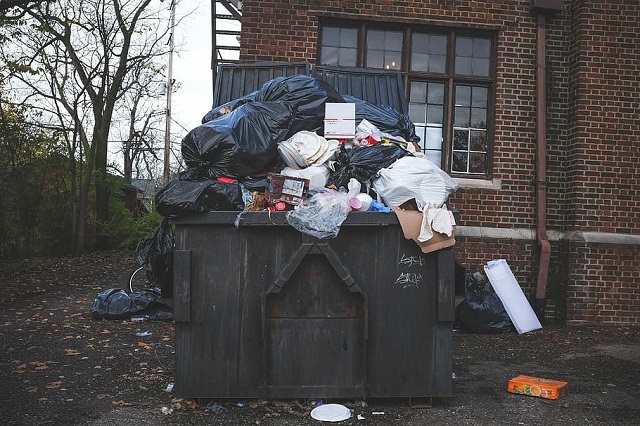 The Department of Justice US Attorney’s Office for the Middle District of Pennsylvania announced Thursday that a group of military mail-in ballots were found discarded — and all of them were cast for President Donald Trump.

HARRISBURG – On Monday, September 21, 2020, at the request of Luzerne County District Attorney Stefanie Salavantis, the Office of the United States Attorney along with the Federal Bureau of Investigation, Scranton Resident Office, began an inquiry into reports of potential issues with a small number of mail-in ballots at the Luzerne County Board of Elections.

Since Monday, FBI personnel working together with the Pennsylvania State Police have conducted numerous interviews and recovered and reviewed certain physical evidence. Election officials in Luzerne County have been cooperative. At this point we can confirm that a small number of military ballots were discarded. Investigators have recovered nine ballots at this time. Some of those ballots can be attributed to specific voters and some cannot. All nine ballots were cast for presidential candidate Donald Trump.

Our inquiry remains ongoing and we expect later today to share our up to date findings with officials in Luzerne County. It is the vital duty of government to ensure that every properly cast vote is counted.

The New York Post published an article in late August from a “top Democratic operative” detailing how he’s allegedly been committing voter fraud with mail-in ballots “for decades.”

…[T]he political insider, who spoke on condition of anonymity because he fears prosecution, said fraud is more the rule than the exception. His dirty work has taken him through the weeds of municipal and federal elections in Paterson, Atlantic City, Camden, Newark, Hoboken and Hudson County and his fingerprints can be found in local legislative, mayoral and congressional races across the Garden State. Some of the biggest names and highest office holders in New Jersey have benefited from his tricks, according to campaign records The Post reviewed.

The whisteblower — whose identity, rap sheet and long history working as a consultant to various campaigns were confirmed by The Post — says he not only changed ballots himself over the years, but led teams of fraudsters and mentored at least 20 operatives in New Jersey, New York and Pennsylvania — a critical 2020 swing state.

It appears that Democrats are going to do everything in their power to steal this election and stage a Color Revolution come November.

Democrats are Rigging our 2020 Election! pic.twitter.com/1FwrJiuSNY

On Monday, September 21, 2020, at the request of Luzerne County District Attorney Stefanie Salavantis, the Office of the United States Attorney along with the Federal Bureau of Investigation, Scranton Resident Agency, began an inquiry into reports of potential issues with a small number of mail-in ballots at the Luzerne County Board of Elections.

Since Monday, FBI personnel have conducted numerous interviews and recovered and reviewed certain physical evidence. While at this point the inquiry remains active, based on the limited amount of time before the general election and the vital public importance of these issues, I will detail the investigators’ initial findings.

The FBI has recovered a number of documents relating to military ballots that had been improperly opened by your elections staff, and had the ballots removed and discarded, or removed and placed separately from the envelope containing confidential voter information and attestation. Specifically, a total of nine (9) military ballots were discovered to have been discarded. Seven (7) of those ballots when discovered by investigators were outside of any envelope. Those ballots were all cast for presidential candidate Donald Trump. One (1) of those seven (7) ballots was able to be identified to an envelope that was recovered, and thereby potentially tied to a specific voter. Two (2) military ballots that had been discarded were previously recovered by elections staff, reinserted into what appeared to be their appropriate envelopes, and then resealed. Therefore, the votes cast on those two (2) ballots are unknown. Thus, is appears that three (3) of the nine (9) recovered ballots can be potentially attributed to specific voters. Six (6) of the ballots were simply removed and discarded, and cannot be attributed to a specific voter at this time.

As you know, the appropriate method for processing received military ballots is to securely store the ballot, unopened, until such time as ballot pre-canvassing can begin, which is in no event earlier than 7:00 a.m. on Election Day. Opening a military or overseas ballot, or an absentee or mail-in ballot for that matter, violates the controlling statutes and is contrary to Pennsylvania Department of State guidance. The preliminary findings of this inquiry are troubling and the Luzerne County Bureau of Elections must comply with all applicable state and federal election laws and guidance to ensure that all votes—regardless of party—are counted to ensure an accurate election count. Even though your staff has made some attempts to reconstitute certain of the improperly opened ballots, there is no guarantee that any of these votes will be counted in the general election. In addition, our investigation has revealed that all or nearly all envelopes received in the elections office were opened as a matter of course. It was explained to investigators the envelopes used for official overseas, military, absentee and mail-in ballot requests are so similar, that the staff believed that adhering to the protocol of preserving envelopes unopened would cause them to miss such ballot requests. Our interviews further revealed that this issue was a problem in the primary election–therefore a known issue–and that the problem has not been corrected.

While the assigned investigators are continuing their work including reviewing additional discarded materials, it is imperative that the issues identified be corrected. District Attorney Salavantis and I would be happy to meet with you at a mutually convenient time to discuss this matter. Please be assured that the investigators will carefully preserve all documents collected in connection with this investigation. Our goal, that I am sure you share, is to ensure that every properly cast ballot is counted.