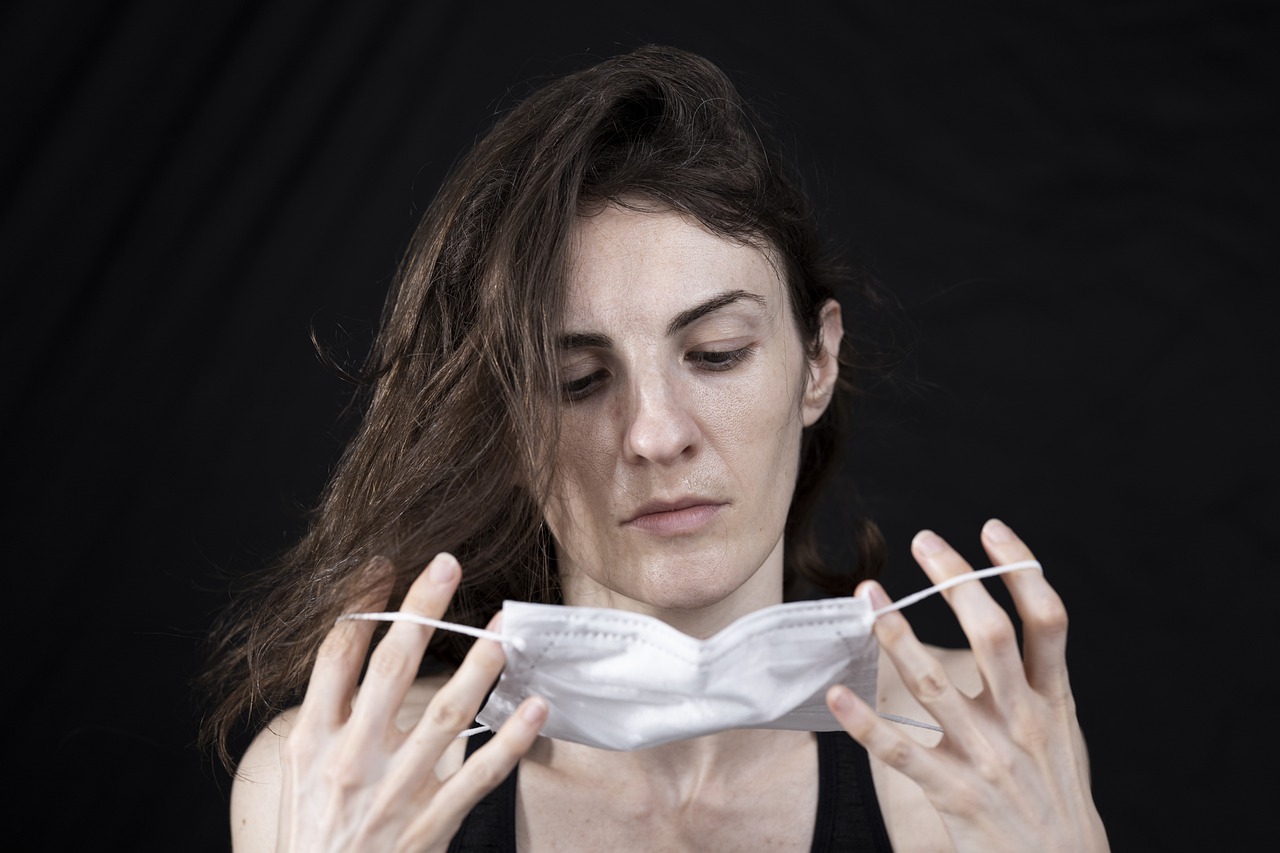 If anyone doubts that the country that many of us loved so much is almost totally gone, just look at what is going on all around the U.S. right now.  People are actually being arrested and put in prison for not wearing masks.  If authorities are willing to get this extreme during a relatively minor pandemic, what are they going to do to us when a true national emergency breaks out?  I certainly don’t have anything against anyone that wants to wear a mask, and I certainly don’t have a problem with officials that want to encourage everyone to wear one.  But when it gets to a point where the police are actively hunting for “non-conformers” and are dragging them off to prison in handcuffs, that should tell all of us that we aren’t living in a free country anymore.

I am sure that by now most of you have heard what happened to a woman in Ohio that was attending a middle school football game.  She had the audacity not to wear a mask, and so a police officer used a taser on her, arrested her and dragged her away in handcuffs…

An Ohio woman at a middle school football game was tasered and arrested by a police officer for not wearing a face mask in the bleachers.

Around 300 people attended a Marietta City Schools football game where Alecia Kitts, of Marietta, was filmed getting handcuffed on Wednesday in the city of Logan.

I would expect something like that to happen in China, but not in the United States.

What in the world is happening to our country?

As bad as that incident was, I was even more disturbed by the arrests that just took place in Moscow, Idaho…

At least five Christians were arrested during a hymn sing in the parking lot of city hall in Moscow, Idaho. Hands up, don’t sing.

One of the individuals cited was Latah County Commission candidate Gabriel Rench.

The five individuals were cited for being in violation of Moscow’s mask/social distancing order, Moscow Police Chief James Fry told the Daily News.

How sick do you have to be to arrest Christians while they are singing hymns to God?

Literally, while hundreds of believers were singing “Praise God From Whom All Blessings Flow”, officers were slapping handcuffs on people…

“Well, it happened,” one observer wrote on Twitter. “The Moscow (Idaho) Police Department arrested my kids’ music teacher and his wife the basketball coach for singing without social distancing at a Psalm Sing protest. The music is beautiful.”

Two people were handcuffed as hundreds sang “Praise God From Whom All Blessings Flow.”

You can watch video of this happening right here.  I have actually been to Moscow, and it is heartbreaking to see such tyranny in such a beautiful community.

And this took place in supposedly one of the most “conservative” states in the entire country.  Idaho has a reputation for being a “deeply red state”, but for some reason it has some of the worst politicians.

Sadly, the two examples that I just shared are not isolated incidents.  People have also been arrested for not wearing masks recently in New Jersey, New York, Tennessee, Oregon, Nevada and Montana.

One of the states that is the most hardcore about enforcement is Hawaii.  Lots of people have been getting arrested there for refusing to wear masks, and that includes five people that recently gathered for an outdoor “health summit” that was going to debate the effectiveness of masks…

HPD Assistant Chief Robert Wagner said officers responded to a report of roughly two dozen people gathered under the large oceanside pavilion in the park. Michelle Melendez, who organized the gathering, described the event as a “peaceful Hawai‘i Health Summit.” A flyer promoting the event, which was scheduled from 4:30 p.m. to 6 p.m. Saturday, noted several planned speakers and discussion topics including “Is there science behind face masks?” and the “Health risks of 5G.”

So how long do law enforcement authorities plan to keep arresting people like this?

Because the truth is that this virus is never going away.

Originally, most people assumed that this pandemic would end when either herd immunity was achieved or an effective vaccine was developed.  But study after study has shown that antibodies disappear very rapidly and any immunity to the virus is very short-lived.

What this means is that this virus is going to be with us permanently.  It has already been proven that people can catch the virus multiple times, and with no lasting immunity it will just keep coming back year after year like the flu does.

One way or another, we are going to have to learn to live with this virus.

Do they really think that they can make all of us wear masks permanently from now on?  There is no way that the American people are going to accept that.

Yes, I do believe in taking this virus seriously, and if people want to wear masks they should wear masks.  And scientists assure us that it is just a matter of time before a true killer pandemic breaks out that will kill millions upon millions of people, and when such an outbreak inevitably comes along you will not even want to leave your home for an extended period of time.

But this virus is not that sort of a threat.  From 1918 to 1920, the Spanish Flu killed more than 50 million people, but this pandemic has only killed about a million so far.

If we cannot even handle this virus, how in the world would we possibly be able to deal with something that is far more severe?

Fear of this pandemic has been much worse than the pandemic itself, and law enforcement officials have been going completely nuts all over the globe.

Seeing people getting put in handcuffs for refusing to wear masks should sicken all of us, but this is just the beginning.

Much more tyranny is coming, and the years that are ahead are going to be a very dark era for all of humanity.