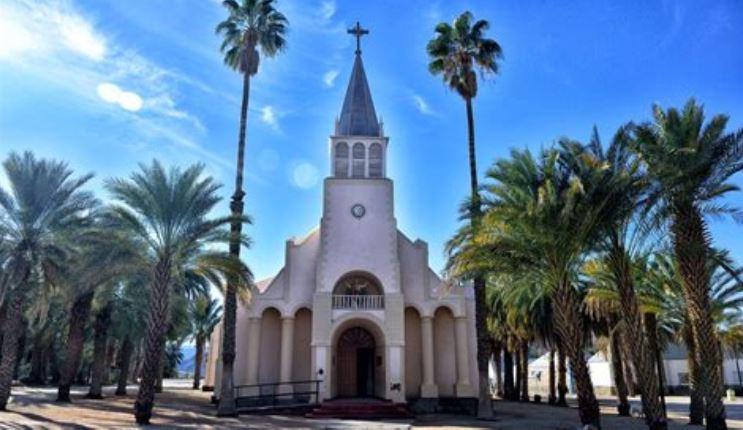 Members of the Moscow City Police Department took Gabriel Rench, Rachel Bohnet and Sean Bohnet into custody after they refused to show identification. They weren’t wearing masks or practicing social distancing during their arrest. The department’s daily activity log listed “public health emergency order violations” as the reason for the arrests. Five others who attended received citations on grounds of violating health guidelines.

Up to 200 people attended the event, dubbed as a “flash psalm sing,” at the city hall’s parking lot. Reformed evangelical congregation Christ Church, which organized the event, and the local government of Moscow City made ample preparations to ensure compliance with health guidelines.

Christ Church Pastor Douglas Wilson, who led the psalm sing, reminded attendees that law enforcement may give citations to anyone who does not practice physical distancing. The local government also spray painted spots on the pavement indicating where to stand. In addition, around 10 officers of the Moscow City Police Department stood in front of the event.

Moscow Mayor Bill Lambert mandated the wearing of face masks on July 2 both indoors and outdoors in case social distancing is impossible. The city council later extended this order until Jan. 5, 2021. Those who violate the order’s provisions are subject to a misdemeanor and may be penalized with up to six months in the county jail and a $1,000 fine.

According to the mandate, people can only remove masks or face covering at a restaurant or food establishment to eat or drink if they can maintain a physical distance of six feet from other people. Those who are deaf or have hearing difficulties may also remove their masks if they need to communicate. `

According to another Christ Church pastor who organized the event, the Sept. 23 event was also a method to show that people “want a return to normalcy” in the face of the pandemic. Reverend Ben Zornes told the Lewiston Tribune that the flash psalm sing showed Christ Church was “ready to head back to normal.”

He also added that it was high time to start pushing back against “largely groundless laws” being passed and enforced without considering what residents actually want—referring to the mask-wearing order. Furthermore, Zornes said that arrests should not have been made during the event as the attendees “were just singing songs” and exercising their First Amendment rights.

Wilson put in his two cents about what happened in a post on his personal blog. He said that all attendees of the psalm sing “had every legal and constitutional right” to be there, and called the worship event “a peaceful protest, a petition to our city government for a redress of grievances, and a religious assembly” rolled into one.

He also noted how the worship event was “not conducted Portland-style” and lauded that none of the attendees tried to burn down the federal building a block away from the venue. The Sept. 23 psalm sing was definitely a far cry from how the demonic Black Lives Matter movement conducts their nightly protests without masks and social distancing. Worse, police officers are ordered to “stand down” and let the rioters burn, loot and murder.

It seems that Black Lives Matter rioters still need to wear a mask and practice social distancing, so they won’t be recognized and they can quickly evade law enforcement officers.

Another case of “masks for thee, but not for me”?

Wilson also pointed out an instance where Lambert himself did not wear a mask. According to the pastor, the mayor presided over a wedding a few weeks earlier with police officers and at least one council member also in attendance. All of them did not wear masks or face coverings, based on pictures from the wedding that surfaced.

The pastor argued that given the wedding was no coronavirus hazard since everyone who attended did not wear a mask, the psalm sing was not a coronavirus hazard likewise. Wilson called the arrests an enforcement of a regulation he does not believe in.

Similar behavior has been observed in politicians mandating everyone to “do as we say, not as we do.”

House Speaker Nancy Pelosi, who criticized President Donald Trump for not wearing a face mask, paid a visit to a San Francisco salon without wearing one herself. New York Gov. Andrew Cuomo, a staunch supporter of mask-wearing, was pictured while walking his dog in early September – sans the mask he mandates people wear.

Wilson mentioned in his blog post that efforts towards repealing the mask ordinance are already underway. A special committee has been established and is now gathering enough signatures to call for a special election overturning Lambert’s mask-wearing order.

Based on data collated by the Johns Hopkins University, the U.S. currently has the highest coronavirus caseload at 6.9 million, with 202,762 fatalities and 2.7 million recoveries.

Learn more about public health orders to address the coronavirus pandemic such as mask-wearing mandates at MedicalTyranny.com