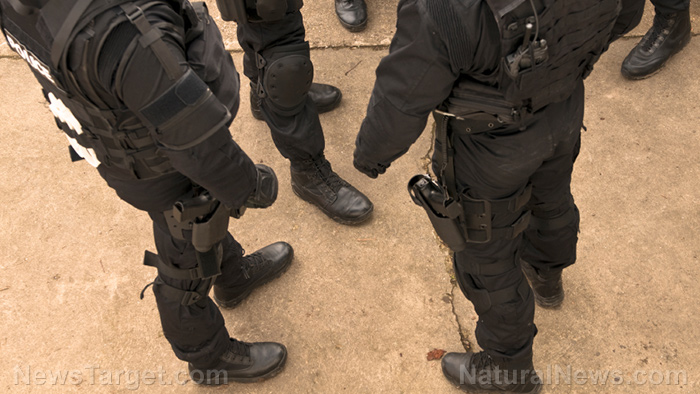 (Natural News) Twenty-eight people were arrested the other day in Delaware as part of “Operation No Mas,” a law enforcement operation that successfully seized enough illegal fentanyl to kill 750,000 people, or roughly 75 percent of Delaware’s total population.

Reports indicate that the FBI and Delaware State Police (DSP) jointly apprehended the suspects, who altogether are being charged with 252 different felonies. These include criminal racketeering, conspiracy, drug dealing and a number of other charges, officials indicated.

Luis Renteria, who owned properties both in Delaware and Pennsylvania, is accused of being the drug trafficking ringleader, with association operations in both California and Florida.

“Included in these results was the largest fentanyl seizure by Delaware law enforcement in the state’s history, making a major dent in the supply of fentanyl that would have been distributed on the streets of Newark and surrounding areas,” announced Jennifer Boone, special agent in charge of the FBI’s field office in Baltimore.

“Alone, the quantity of fentanyl seized could have killed thousands and thousands of people.”

Lt. Robert Jones of DSP, who also helped conduct the sting, indicated in a statement that 750,000 lives could have been lost due to all this fentanyl, which is no longer on the streets. Fentanyl, by the way, now surpasses heroin as being the leading cause of overdose deaths in the United States.

“Sources of supplies for the Renteria organization were located in numerous states including California, Pennsylvania, and Florida,” Jones stated, noting that Renteria now faces up to 30 years in prison if convicted.

George Floyd was unable to breathe due to fentanyl overdose

Delaware Attorney General Kathleen Jennings joined in on the fun with her own announcement suggesting that Operation No Mas is helping to save lives by pulling not just fentanyl but also “cocaine, heroin, drug money, and guns” from the streets of America.

“Disrupting them helps disrupt a drug trade that I and everyone else here today can attest breeds violence in Delaware and elsewhere.”

George Floyd, by the way, had taken fentanyl prior to his arrest, hence why he was unable to breathe long before Derek Chauvin had him pinned on the pavement.

The source of most of the illegal fentanyl that plagues our streets is China, it turns out, which makes the communist regime complicit not just in Floyd’s death but also the deaths of many others who have overdosed in recent years.

According to a 2018 report put out by the U.S.-China Economic Security Review Commission (USCC), China remains the biggest supplier of fentanyl, with many of the drug’s kingpins being Chinese citizens.

In case you are unfamiliar with it, fentanyl is 50 times more powerful than heroin and a full 100 times more potent than morphine. As little as two tiny milligrams is enough to kill a person, and some 31,000 people in the United States are known to have died from the drug.

The U.S. Centers for Disease Control and Prevention (CDC) says that fentanyl is by far the deadliest synthetic opioid on the streets today. It is responsible for most of the overdose deaths that get reported to the agency, which is why law enforcement is ramping up efforts to seize it.

Sadly, if cannabis (marijuana) was fully legal and widely available to all who need it, opioid-related overdoses and deaths of all kinds would plummet, research indicates.

The latest news about deadly drugs like fentanyl can be found at Addiction.news.