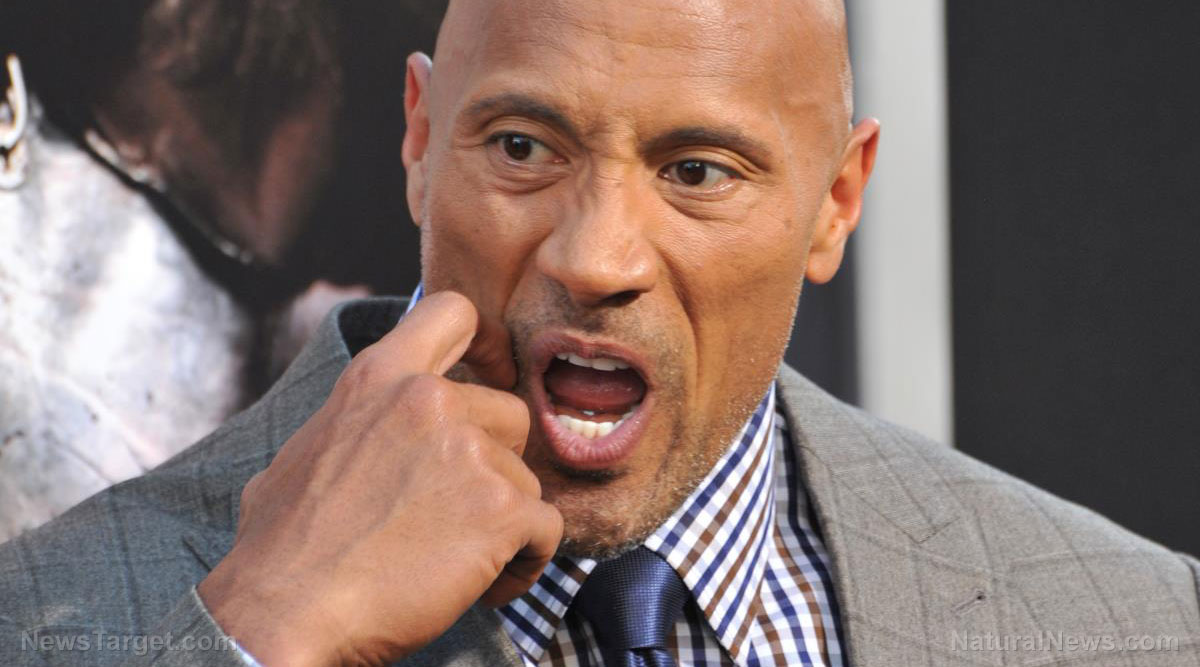 (Natural News) Former WWE star and Hollywood actor Dwayne “The Rock” Johnson has come out to endorse Joe Biden and Kamala Harris for the White House, aligning his politics with his religious views.

The Black Adam and Jumanji star claims to be a “political independent” and “centrist,” though his acting career exposes him as a Satanist who loves to joke about child rape and eating children – watch the below video from Brighteon.com to learn more.

As you will notice, Johnson appeared on an episode of Saturday Night Live where he “joked” about creating a robot that molests children. He also admitted during an interview that he “eats children,” though it remains unclear as to whether or not this was a “joke” or a serious admission.

Getting back to his support for Biden and Harris, Johnson claims that he has “voted for both parties in the past,” but that in this election it is clear that the Democrats are the right choice for the Oval Office come November.

The reason Johnson supports Biden and Harris is that he believes they represent “compassion, heart, drive, and soul,” unlike President Trump, whom the left is casting as a “hateful racist” who only knows how to make fun of the sick and elderly while botching a phony plandemic, or something along those lines.

For more related news about Hollywood filth like Dwayne “The Rock” Johnson, be sure to check out Evil.news.

In his praise for the Democratic hopefuls, Johnson added that he is proud of both Biden and Harris, whom he says “are both experienced to lead.”

“Joe, you’ve had such an incredible career, and you’ve led with such great compassion, heart, drive, and soul,” Johnson gushed about the former vice president, who accepted bribes from the Ukraine and Russia while handing his son a cushy board position at a Ukrainian energy company.

As for Harris, who lives to incarcerate, Johnson is proud of her legacy, which involved locking people up for the victimless “crime” of cannabis possession.

“Kamala you have been a district attorney, a state attorney, a U.S. Senator,” Johnson is quoted as saying. “You are smart and tough. I have seen you in those hearings. And in my opinion, you’re a certified badass.”

Harris, whose ancestors owned slaves, has taken a very aggressive stance in supporting criminals. Concerning the ongoing Black Lives Matter (BLM) “protests,” Harris pushed her supporters to post bail for a child rapist. She also believes that BLM and Antifa domestic terrorism is a good thing, and that more of it should happen, especially if Trump wins reelection.

Johnson, by the way, is also a full-fledged supporter of BLM terrorism, having endorsed the violent group following the reported death of criminal George Floyd.

“Where is our leader at this time, when our country is down on its knees begging, pleading, hurt, angry, frustrated, in pain?” the actor stated in an Instagram video he posted several months back. “Begging and pleading with its arms out, just wanting to be heard. We must say the words Black Lives Matter.”

“I’m surprised Dwayne isn’t voting for himself for both President and VP,” joked one Breitbart News commenter. “He is so full of himself.”