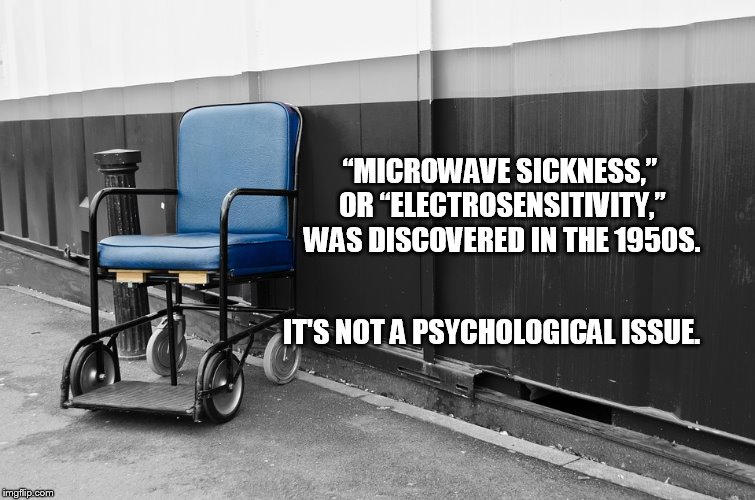 Clusters of cancer and other illnesses are NOT uncommon near cell towers whether they are 5G or not. After Sprint installed a small cell tower next to a California school, cancer and other illnesses significantly increased among students and staff. The company took no responsibility for this but eventually removed it due to public pressure. Another cancer cluster has been identified in a New York neighborhood where T-Mobile has installed a small cell tower. A petition has been started asking the company to remove it.

A teenager in South Africa spoke recently about how she has been affected by the cell tower next to her home. Thanks to Environmental Health Trust for sharing this sad story:

Amanda Collins lives with her fifteen-year-old daughter, Skyla, in Mitchells Plain—home to Cape Town’s non-white citizens whose families were relocated there during the apartheid years in South Africa.

At the age of four, Skyla was diagnosed with autism at the Red Cross Children’s Hospital. With this condition, she will never be able to enjoy a life independent from her mother.

Five years ago, an American cell-tower company—Atlas—erected an unadorned, monstrous cell-tower in the grounds of a church, within metres of their small home.

The City of Cape Town had approved this cell tower, despite a petition signed by over 200 residents in support of Amanda, as well as a personal letter to Cape Town Mayor, Patricia de Lille.

Shortly thereafter, Amanda started noticing changes in Skyla’s demeanour. “She has retracted back into the shell she was starting to escape from and become quiet, introverted and rarely initiates conversations.”

A once-vibrant woman, Amanda has also been severely affected by the non-stop radiation from the tower. She no longer works and has had to learn to live with buzzing in her ears, insomnia, constant headaches and severe depression.

Over the years, I have written copious letters to those in authority; In June 2017, Professor Olle Johansson wrote to Dr Mbombo, the Minister of Health, Western Province; and Olga Sheean highlighted Amanda and Skyla’s dire circumstances in two of her documents: Challenging the Towers that Be—an appeal to Cape Town Councillors (December 2016), and The World Health Organization—setting the standard for a wireless world of harm (January 2017). See: https://www.emfoff.com/publications/.

A few months ago, I arranged for Cape Town’s Mayor, Dan Plato, to visit. Amanda wept, Skyla rocked back and forth in her chair and he was visibly moved. However, he remarked that his hands are tied because the city approved the cell tower.

Last month, the cell tower was upgraded to 5G—in a suburb where most of the residents own hand-me-down cell phones and can’t even afford data.

Amanda does not know how to help her daughter or herself to escape the torture, and neither do I. She is threatening to end both Skyla’s life and her own. This untenable situation has been reported to a senior official in the local administration, yet nothing has been done.

This deliberate negligence on the part of public officials is ‘justified’ by the fact that WHO has endorsed the ICNIRP guidelines considered valid by DOH, South Africa. Yet these ‘guidelines’, established by a self-appointed panel of industry insiders with zero credibility among independent scientists, are not only scientifically meaningless, but recognize only thermal effects and do not take into account the serious proven biological and neurological effects of non-ionizing radiation from cell towers and other wireless systems.

Amanda’s small property has been devalued by a third. There is also constant noise coming from this tower (located just 10 meters from their home), which was clearly audible on the evening Denise visited, along with the Mayor of Cape Town. In South Africa, there are regular power outages; when they occur, cell towers switch over to generators, which are even noisier. Most nights, Amanda and Skyla lie awake until the early hours of the morning, unable to sleep. When they open their front door, they are confronted by a veritable junkyard – a daily reminder of their seriously compromised lives.
Resources

There ARE studies that have ALREADY determined 5G is NOT safe. The majority of scientists worldwide oppose deployment. Legislative action continues to increase worldwide to ban, halt, and limit installation. Of course, there are studies that have determined that exposure to other sources of wireless radiation – 1G through 4G – isn’t safe either (see 1, 2, 3).