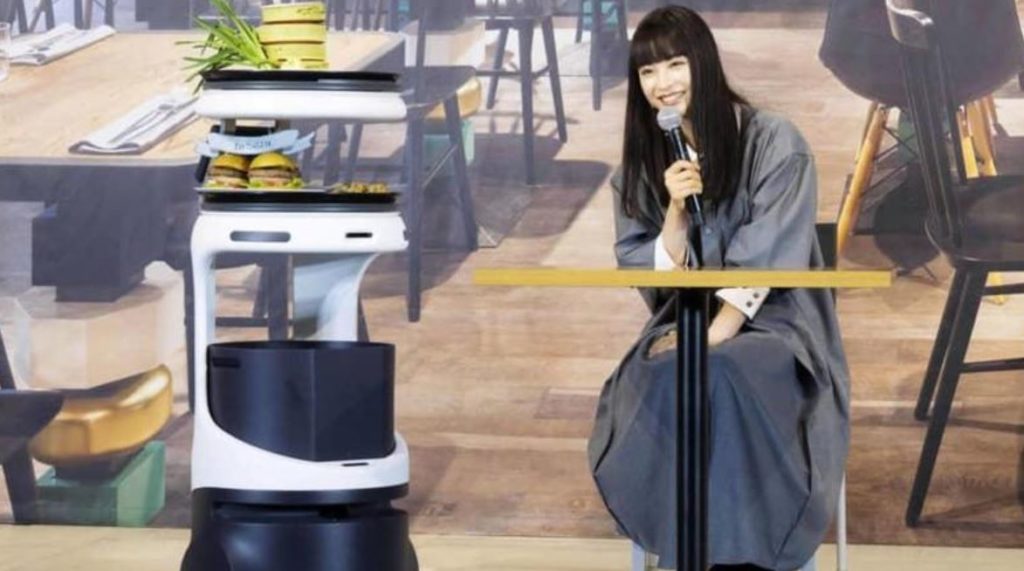 Before readers know it, restaurants of the future will have their entire front-end and back-end automated, and food will be prepped by robot chefs.

For years we’ve spoken about the automation wave that is set to sweep across the food industry, but it wasn’t until the virus pandemic when demand for automation, producing a contactless environment between patron and employee, absolutely erupted.

Two companies making robots for restaurants are Bear Robotics, a robotics and artificial intelligence company, and SoftBank Robotics Group, a robotics manufacture. They have jointly designed a new robot named Servi that will be sold to food service and hospitality companies.

Both companies expect “skyrocketing demand for these autonomous indoor robots in restaurants and other dining venues,” stated a Bear Robotics and SoftBank Robotics Group press release.

“Servi has been developed to be a new member of the food service workforce to assist staff and elevate the overall customer experience. Servi’s agility and object detection put its safety in a class of its own. This has resulted in significant interest in from the hospitality market in Japan, Korea, and the United States. Servi comes with additional features like bussing, drink delivery, and patrol mode. This will allow restaurant and dining hall owners to maximize their operating efficiency, while also elevating service quality to customers,” the press release said.

For more color on the restaurant of the future, we recently noted how Kentucky Fried Chicken unveiled a new automated storefront. The trend in the fast-food industry will be a move to swap out humans with automation and artificial intelligence.

“But it’s not just KFC, and it’s not just China where automation, robots, and artificial intelligence is taking the place of human workers. If and when these automated restaurants gain traction in places like China, they are sure to be implemented in the U.S., as well. In fact, they already are — though to a lesser extent, for now. McDonald’s and other food chains are experimenting with digital kiosks similar to the self-checkout machines already found in many grocery stores,” said Nick Bernabe via TheAntiMedia.org.

The inevitable automation of the food industry will displace millions of minimum-wage jobs. The question everyone needs to be asking, what will elites do with these unskilled workers. Keep giving them Trump stimulus checks, retool their skills, or send them off to war?