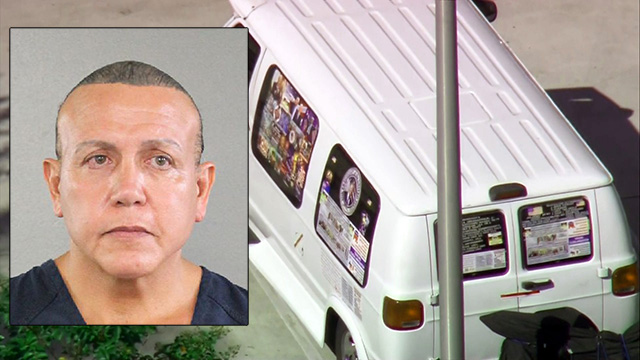 Remember how the FBI staged a dramatic arrest of a supposed “Trump superfan” by the name of Cesar Sayoc conveniently right before the midterms and a news crew was there ready to show the world his “Trump van” loaded with Trump memorabilia?

Remember how he supposedly sent “mail bombs” to Democrats like Debbie Wasserman Schultz and George Soros but internet sleuths quickly determined the timers on the bombs had no alarm function which would be needed to detonate them?
Remember how CNN reported in October 2018 that Sayoc “told investigators that the pipe bombs wouldn’t have hurt anyone and that he didn’t want to hurt anyone”?

Remember how CBS News reported days later, “Authorities say none of the devices had a trigger mechanism and Sayoc said he never intended to harm anyone”?

Remember how zero out of the sixteen “IEDs” he sent detonated and many bomb experts said, in the words of the New York Times, that the device sent to CNN “had hallmarks” of a “fake explosive” of “the kind more typically depicted on television and in movies, rather than devices capable of detonating”? Remember how FBI Director Christoper Wray nonetheless called the devices “IEDs” and insisted they were “not hoax devices” despite a total lack of evidence?

Remember how Sayoc later wrote a letter to a judge in March 2019 saying they were all “hoax” devices that were “not ever meant to work” but his lawyer in the Southern District of New York “instructed” him to say otherwise? Remember how Sayoc had been in and out of prison repeatedly (informant?) and said he was pumped full of all sorts of steroids and claimed listened to Trump’s self-help CDs “reprogrammed” his mind?

I remember how conveniently timed it was and how “made for TV” it appeared and how it perfectly advanced the media and corrupt FBI’s bulls**t narratives about “violent” Trump supporters who are all “white supremacist terrorists” and the “number one” threat to America.

I also remember how it appeared to help sway the election in Democrats favor so they could take the House.

What are the odds something like that will happen again before the November election?