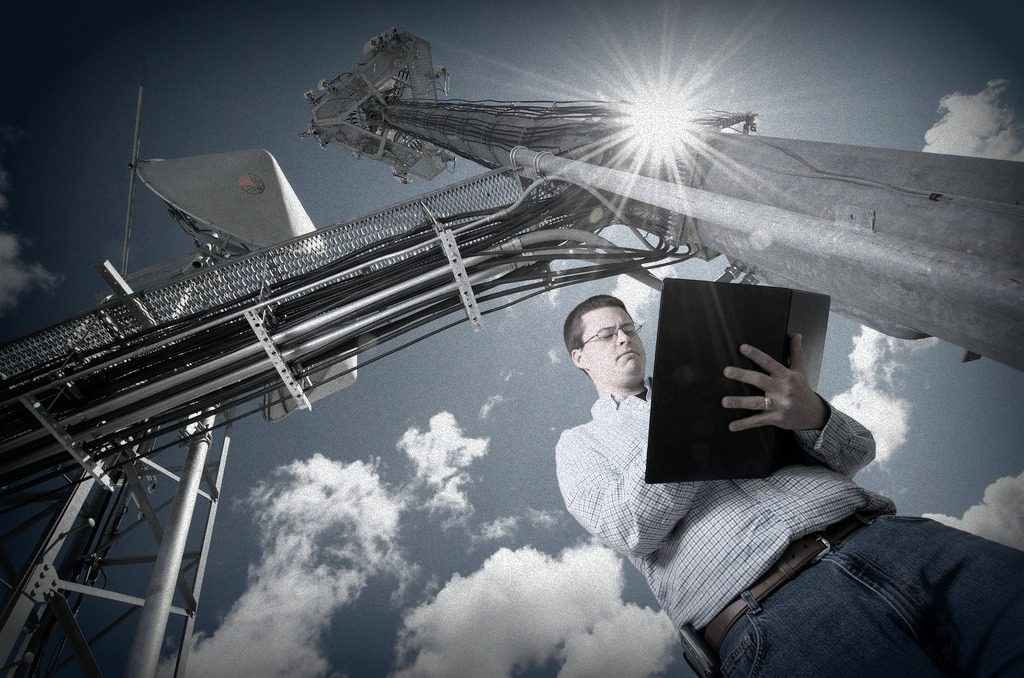 High-speed internet CAN be obtained without 5G and even without wireless. According to Federal Communications Commission Chairman Ajit Pai – and a LAWSUIT filed against the regulatory agency – all Americans have paid to have this already. Nevertheless, telecom industries have been dragging their feet with providing it. They also aren’t interested in providing safe high-speed internet access – only 5G – despite increasing expert opposition and warnings. Apparently, one employee of a little-known government agency is making this more difficult for them.

The ACHP Is Defending the Public Interest

Adapted from an article by Michael Graham, Oct 7, 2020 | Inside Sources article here

In June of 2019, Aimee Jorjani was confirmed by the U.S. Senate as the first full-time chairman of the obscure Advisory Council on Historic Preservation (ACHP).

The council is a creation of the National Historic Preservation Act (NHPA) and its job is to “promote the preservation, enhancement, and sustainable use of our nation’s diverse historic resources,” according to its mission statement, as well as “advising the President and the Congress on national historic preservation policy.”

At issue is the little-known but immensely important problem of “Twilight Towers.”

American companies are running neck-and-neck with Chinese competitors, and President Trump has made boosting America’s 5G technology one of his top priorities.

“Secure 5G networks will absolutely be a vital link to America’s prosperity and national security in the 21st century,”

One stumbling block to the densified 4G/5G roll out is U.S. infrastructure, in particular the towers needed to connect exurban and rural Americans to the new, higher-capacity 5G network (greater bandwidth particularly in low-to-mid frequency spectrum (600 MHz to 6000 MHz).

“Twilight Towers” is the FCC’s name for some 4,000 or so cell towers built between 2001 and 2005 whose siting didn’t undergo the historical preservation review now required, or lack documentation proving they passed muster. Many are larger (or “macro”) towers outside densely populated urban communities.

After a decade of debate and wrangling, FCC Chairman Ajit Pai announced last year a solution was in the works, and the ACHP was going to be a part of it.

“After many discussions with Tribal representatives, industry, and other interested stakeholders, it is now clear that it is up to the FCC, working with our colleagues at the Advisory Council on Historic Preservation (ACHP), to finally solve this problem.”

Pai’s plan, passed 5-0 by the bipartisan members of the FCC, would prohibit these towers from being expanded or extended, but it would allow new, upgraded technology to be placed on them — a practice known in the wireless industry as “collocation” — significantly increasing the electromagnetic power pollution from these towers.

In their filing with the FCC, the CTIA — which represents the U.S. wireless communications industry — predictably called the plan “a balanced solution that clears the way to expanded use of these towers —enabling the public’s access to expanded wireless services—and also fully safeguards the historic preservation interests that the NHPA protects”, whether or not this additional pollution is a wise trade off.

On August 24, the FCC sent over its request for the ACHP to issue a “program comment” on the proposal, putting the process on a 45-day clock. All that’s left is for Chairwoman Jorjani to allow a vote by her commission and its GOP-backed majority this Thursday, when the measure is expected to pass easily.

Instead, Jorjani has single-handedly stopped the process in its tracks. Jorjani is telling the White House that she may support a delay — a delay that would push the issue past the upcoming election.

This move has left GOP senators and administration officials flummoxed. Jorjani worked for six years at the Department of the Interior during the Bush administration and was a staffer in former GOP Speaker of the House Paul Ryan’s office. During her confirmation hearing, she told Sen. Rob Portman (R-Ohio) she “looked forward to finding a solution to this set of towers.”

“The infrastructure is there,” Jorjani said at the time. “It would be a shame not to utilize it.” Now, she’s preventing American tech companies from doing just that.

“She was essentially appointed to this job to do one thing: fix this “Twilight Towers” problem,” an administration source told InsideSources. “If she can’t do that, the White House may decide to make a last-second change to get this done.”

Asked why Jorjani was thwarting the FCC’s plan, Jonathan S. Adelstein, president and CEO of the Wireless Infrastructure Association, told InsideSources: “We don’t know. We’ve been desperately trying to reach out to her, but she won’t return our calls. She’s not interested in hearing our side of the story.”

Sources inside the FCC note the agency has only received four or five complaints about the existing towers in the past 19 years. “If these towers have a siting problem, nobody’s noticed it in nearly twenty years,” an FCC insider said.

The National Association of Tower Erectors (NATE) and the Wireless Infrastructure Association (WIA) applauded the FCC’s significant vote to seek public comment on a plan to exclude from routine historic preservation review the collocation of wireless communications equipment on “twilight towers”. It has been estimated by the FCC that those structures total more than 4,200 nationwide.

The affirmative vote from FCC Commissioners took place during today’s open FCC meeting and addresses an issue that for too long has placed the industry in regulatory limbo.

The Wireless industry’s benefits of making existing twilight towers available for collocation, as recognized by the FCC, are:

– Less intrusive – for environment and historic/cultural sites – than new towers

Twilight towers are communication structures built between March 16, 2001 and March 7, 2005 that have not been eligible for collocations in the same way as towers that have documented Section 106 historic preservation review and clearance or towers that were exempted due to being built prior to the pre 2001 Standard.

“NATE member companies are on the front lines building, deploying and maintaining wireless infrastructure in the United States and today’s action by the FCC is yet another positive development for our membership as we continue to lead the way on the road to 5G,” added Schlekeway.

“This is an historic win for the wireless industry. This decision opens up more wireless infrastructure and strengthens mobile networks so that the industry can provide greater service to consumers across the country. These facilities will help us meet the explosive growth in demand for wireless data as our industry continues to roll out the most advanced mobile networks in the world.”

WIA worked closely with CTIA to provide the FCC with comments regarding the issue and also participating in meetings and workshops. Earlier this year, Commissioner O’Rielly addressed industry stakeholders at WIA’s annual conference in Orlando. Among other important issues, O’Rielly made it clear that he wanted to resolve the issue and free up these valuable facilities for collocation. “My goal is to ensure that we put an end to the twilight towers issue once and for all,” he said.

The decision to open up twilight towers to collocation is also based on the limited likelihood that any of the affected facilities actually had any impact on historic properties. As WIA pointed out to the FCC, the majority of wireless infrastructure projects reviewed through the Tribal consultation process have had no adverse effects on historic properties.

“There is no reason to believe twilight towers are any different that towers that were built during any other time period,” Adelstein said. “No formal complaints were filed by a Tribe or a Tribal Historic Preservation Office claiming a tower has had an adverse effect on their cultural preservation efforts. In fact, opening up twilight towers will actually reduce the number of new towers and therefore reduce the amount of ground disturbance that comes with new construction.”

5G is so controversial that it’s been featured in Dilbert comic strips. American opposition also includes more than biological and environmental risks (see 1, 2, 3). Federal agencies and other experts have warned it could also threaten national security, public safety, and weather forecasting accuracy (see 1, 2, 3).

Municipal governments have passed resolutions to ban deployment until studies prove it’s safe (see 1, 2, 3, 4, 5, 6) and ordinances to limit and/or control installation. State representatives in Hawaii and Illinois have introduced 5G bills to protect constituents. Congress members have also addressed the FCC with their safety questions and concerns (see 1, 2).