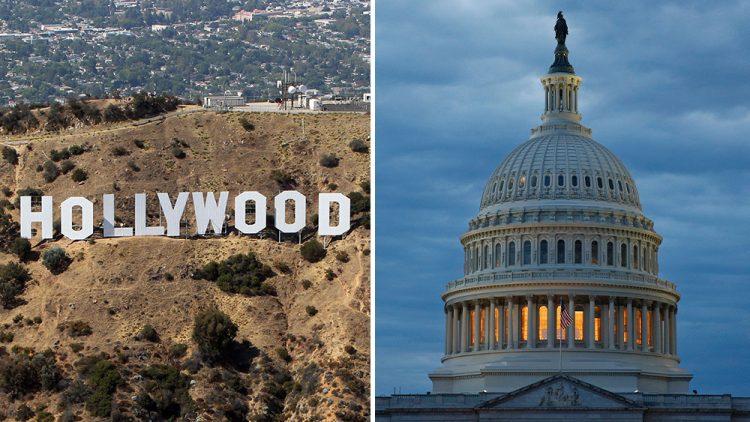 President Donald Trump was wrong when he said the US would never be a socialist country.  It has been for many years.  Just look at not only the results of having the Federal Reserve in place, but also Social Security, Medicaid, Medicare, the abundance of federal grants and loans, and bailout legislation from individuals to banks and corporations… and every single dollar spent is unconstitutional.  That’s why AMC Theaters, the world’s largest movie chain’s preparations for bankruptcy should cause us concern.  It’s not that their immorality is being put out of business, but that the Hollywood stars that make their millions from movies will eventually be having their hands out for their own bailout most likely.

In what may end up as the most poetic outcome of the covid crisis, one which has seen Hollywood’s starved-for-attention C-listers take their clothes off in hopes of attracting attention making a political stand for either wearing masks or supporting the one presidential candidate who has all but assured more nationwide lockdowns are coming (because scientists)…

… Hollywood’s movie stars may be next in line for a taxpayer bailout.

What could precipitate such an outcome? Well, if the primary source of revenue for Hollywood – namely billions in annual box office revenue – is indefinitely shuttered, then movie studios and producers would have no choice but to apply a very major haircut to those $20 million checks they hand out to the star du jour.

Ironically, this is the outcome that appears increasingly likely and complies directly with Hollywood’s explicit demands for continued social and economic lockdowns. The reason: AMC Entertainment Holdings, also known as AMC Theaters, the largest movie theater chain in the world, is rapidly running out of cash and is considering “a range of options that include a potential bankruptcy to ease its debt load as the pandemic keeps moviegoers from attending and studios from supplying films” Bloomberg reports.

In advance of what may be the biggest movie chain bankruptcy in history, lenders to AMC – who have hired Gibson Dunn as legal advisor and bankruptcy experts Greenhill & Co as bankers – have held preliminary talks among themselves about providing the movie-theater company with financing if it decides to file for Chapter 11 court protection, according to Bloomberg sources. And while the fresh cash would keep AMC in business while it crafts a recovery plan, absent a wholesale return to normalcy – which is unlikely until well into 2021 after there is not only a vaccine but a majority of the population is willing to get vaccinated – any liquidity injection would merely kick the can for a few months.

AMC’s attendance since the resumption of business in the U.S. is down about 85% from the same period a year ago, the company said.

It’s not just AMC: last week UK cinema chain Cineworld suspended operations because business is not viable as virus restrictions stand. Indeed, cinema chains are facing a chicken-and-egg problem with no near-term solution: As local capacity restrictions and audience skittishness keep U.S. theaters largely empty, studios are delaying most of their major film releases into 2021 and beyond, which gives consumers still less reason to buy tickets.

In short, as Rabobank’s Michael Every said recently, “the movie industry – how we watch them, and so the money for how they are made, if they are made – could be dying, indicative of a whole key slice of the service-sector economy.”

And while the situation “remains fluid and plans could change” according to the report, what really matters – at least to Hollywood – is that ticket sales have cratered because state and local officials are urging moviegoers to stay home. Ironically, so do Hollywood’s own stars.

But in a delightful moment of poetic justice, this may be one of those times when Hollywood’s tiresome, grating virtue signaling finally comes back to bite it in the ass, and cause major monetary harm to the A (and B and C) listers. In fact, we wouldn’t be shocked if Hollywood demands a taxpayer bailout next just to keep those $20 million checks to the lead actors coming. Alas, in light of the total collapse in NFL, NBA and MLB viewership now that these organizations have also gone full-retard political activist, something which increasingly disgusts at least half of America, we doubt many, if any, taxpayers will line up to ensure that Hollywood’s liberals can afford to pay the property taxes on their $50 million mansions… although we are certain that those who pay no taxes will be most vocal in commiserating with Hollywood’s dire plight.

Frankly, it would do us well for many of them to lose their jobs as movie stars and allow Americans to get back to real life instead of a constant barrage of propaganda in movie storylines advancing a devil’s world rather than God’s.  However, just like previous administrations, the Trump administration has signed away trillions in bailouts.  Don’t think that wouldn’t come to the forefront with Hollywood types too.