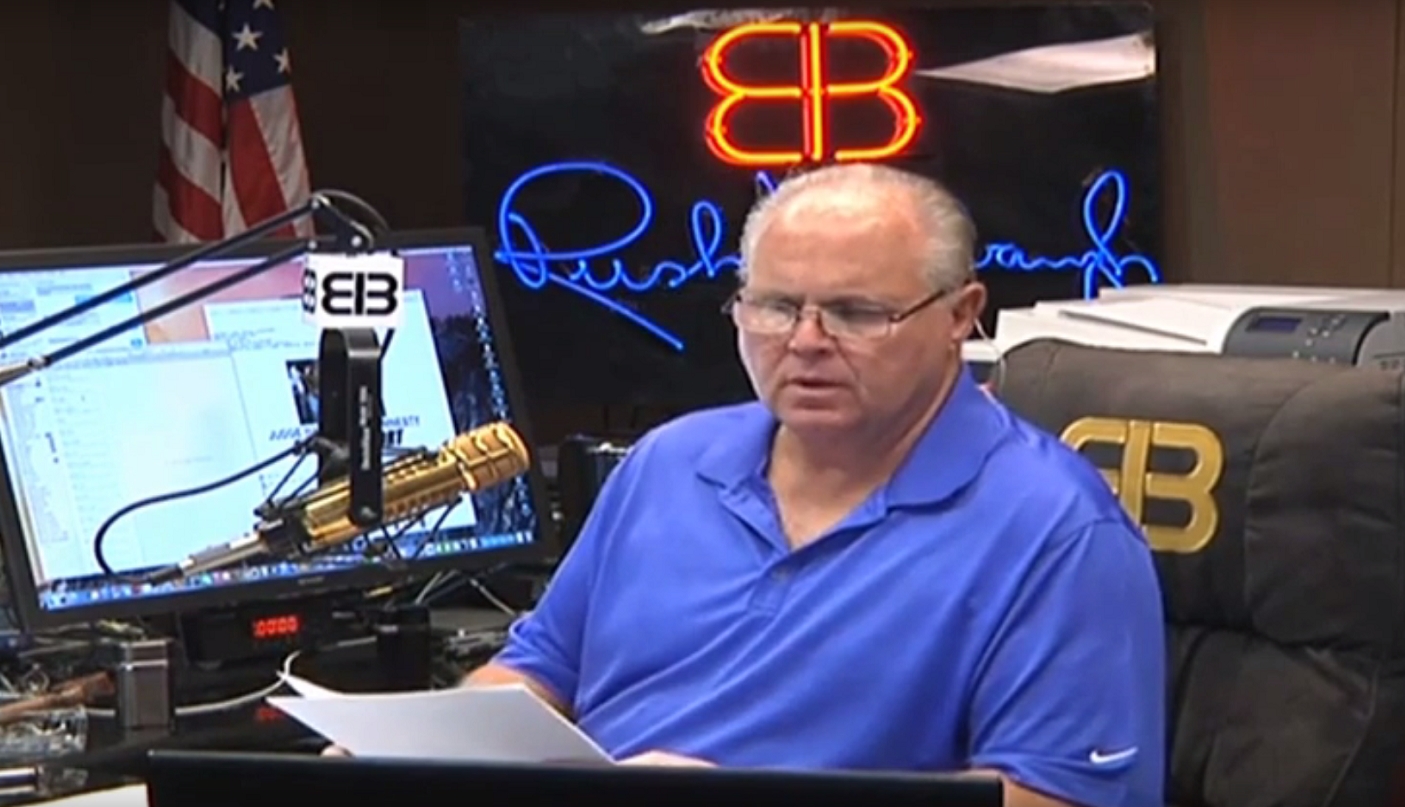 (Natural News) Conservative talk show host Rush Limbaugh recently issued an update about his cancer diagnosis, and the gist of it is that conventional cancer treatments like chemotherapy and radiation simply do not work.

Despite undergoing aggressive treatment regimens at the hands of conventional cancer “experts,” Limbaugh’s stage 4 lung cancer went terminal. After tweaking things some, Limbaugh is now a little more optimistic, having previously thought that he would not even make it to October, but the whole process has been a “roller coaster,” as he puts it.

“In a nutshell, there are lots of ups and downs in this particular illness,” Limbaugh admitted in a rare moment of transparency concerning his cancer, which he has long kept under wraps. “And it can feel like a roller coaster at times that you can’t get off of.”

“And again, I want to stress here that I know countless numbers of you are experiencing the same thing. If it isn’t lung cancer, it’s some kind of cancer. If it isn’t you, it’s somebody really close to you. If it isn’t an illness, it’s something. We’re all going through challenges.”

Limbaugh, who admittedly underwent several rounds of chemotherapy, told his listeners that he “hate[d] the way” he felt every day, but still trusted the plan because “it is part and parcel of this.” In other words, Limbaugh believes in conventional cancer doctors, apparently unaware of the fact that there are alternative methods of treating cancer that, unlike chemotherapy, do not accelerate the degression towards death.

“It’s tough to realize that the days where I do not think I’m under a death sentence are over,” Limbaugh lamented. “We all know that we’re going to die at some point, but when you have a terminal disease diagnosis that has a time frame to it, then that puts a different psychological and even physical awareness to it.”

According to Limbaugh, his latest scans shows “some progression of cancer,” meaning the chemotherapy he has been receiving is not exactly working as planned. Prior to this, scans had shown that Limbaugh’s cancer had turned “dormant.”

Something changed, in other words, which is often the case when a patient is receiving toxic doses of chemotherapy, a systemic poison that ruthlessly destroys healthy cells alongside the malignant ones.

Perplexed that his cancer at first appeared to go dormant, only to later start growing again, Limbaugh has now arrived at the flawed conclusion that cancer “eventually outsmarts pretty much everything you throw at it,” which is simply untrue (and demonstrates his ignorance of fundamental human health and natural medicine).

It is often true, however, for those who rely exclusively on conventional cancer treatments like chemotherapy and radiation that ravage the immune system and, in many cases, lead to worse outcomes in the end.

While we feel for Limbaugh and hope for a miraculous recovery, the truth of the matter is that he needs to learn quickly that the conventional cancer treatment road is a dead end that for most people leads to early death.

For someone who knows full well the corruption of Democrat Party, Limbaugh would seem to be almost clueless about the corruption of Big Pharma, which profits immensely from cases like his where the patient receives round after round of expensive drug treatments, only to come up short in the end.

“So we have to tweak the treatment plan, which we did, and the chemotherapy drugs in hopes of keeping additional progression at bay for as long as possible,” Limbaugh explained.

“The idea now is to keep it where it is or maybe have it reduce again,” he added, hopeful that a tweaked conventional treatment plan will produce a more positive outcome. “We’ve shown that that is possible. If it happened once, it can happen again.”

For more related news, be sure to check out Cancer.news.