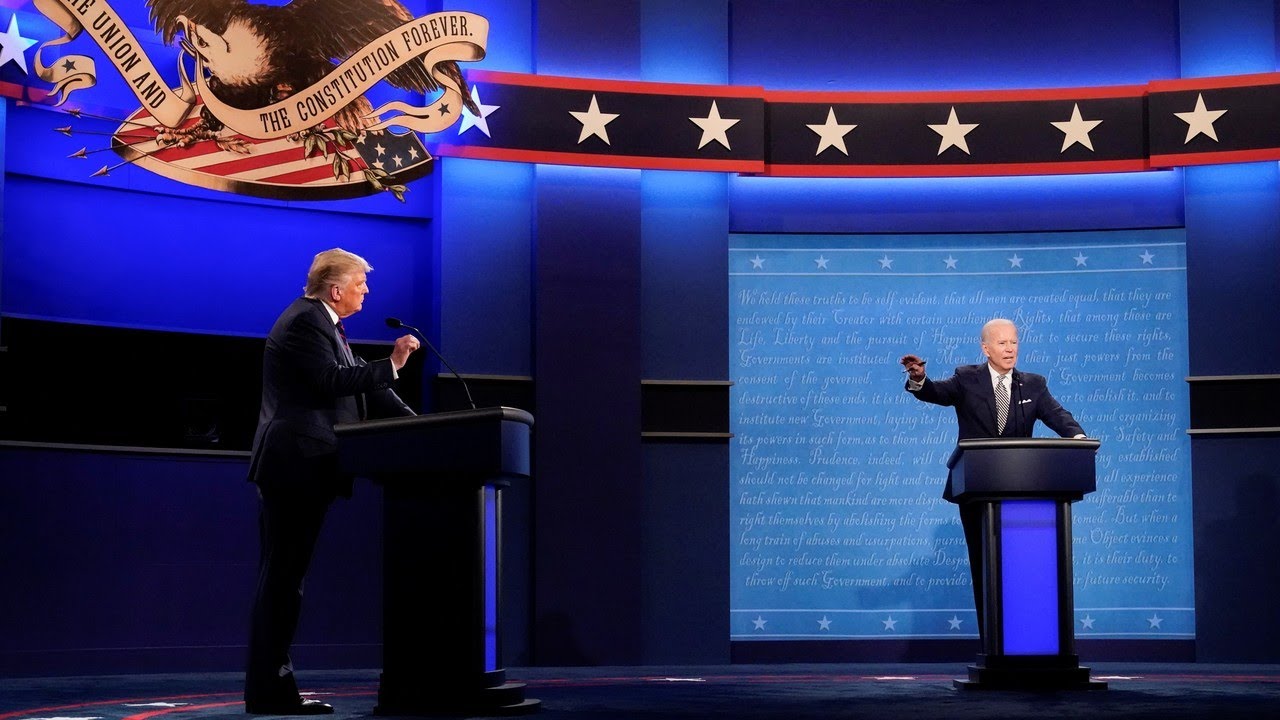 Can you imagine how Joe Biden’s campaign team must be feeling right now?  They have been working night and day for months to put their candidate in a position to win the election, and he has been leading in most national polls.  Over the last several days they spent many hours carefully rehearsing every potential question, and they just needed Joe to get through one last debate without making some sort of colossal game-changing mistake.

And he almost did it.

Even though Trump had hit him with quite a few jabs throughout Thursday night’s debate, Biden was on the verge of escaping without any major damage being done.

But right near the end of the debate we witnessed a moment that could change everything.

With just a few minutes to go, President Trump asked Biden if he would shut down the U.S. oil industry, and all Biden needed to do was to say “no” to that question and move on.

Instead, Biden decided to be honest for some reason, and that could potentially cost him millions of votes.

Here is the exchange that everyone is buzzing about…

Trump: “Would you close down the oil industry?”

Biden: “I would transition from the oil industry, yes.”

Biden: “That is a big statement.”

For those working on the Biden campaign, that moment was essentially the equivalent of their star quarterback throwing an interception in the fourth quarter of the Super Bowl.

Of course it is definitely true that the Democrats want to get rid of the U.S. oil industry, but if they want to win elections they should never actually admit that to the American people.

Despite this enormous error, Joe Biden may end up winning the election anyway.  More than 48 million Americans have already voted, and most of his supporters hate Trump so much that they simply don’t care what Joe Biden, Hunter Biden and the rest of the corrupt Biden clan have been doing over the years.  They simply want Trump out, and so they would vote for Satan if that is what it took to achieve that goal.

But for any persuadable voters that are still out there, this is a bombshell.

Needless to say, the oil industry is one of the most important sectors of the U.S. economy, and we all use petroleum products every single day.  The following comes from the official website of the U.S. Energy Information Administration…

Petroleum is the largest U.S. energy source. We use petroleum products to propel vehicles, to heat buildings, and to produce electricity. In the industrial sector, the petrochemical industry uses petroleum as a raw material (a feedstock) to make products such as plastics, polyurethane, solvents, and hundreds of other intermediate and end-user goods.

In 2019, U.S. petroleum consumption averaged about 20.54 million barrels per day (b/d), which included about 1.1 million b/d of biofuels.

And a lot of people that were watching the debate are employed by the oil industry.

The industry provides about 9.8 million U.S. jobs.
This equates to a sky-high 8% of the total American economy, showing how important it really is to our development. You want to provide your company with the tools it needs to support the vastness of the industry, from learning new ways to store crude oil and investing in proper-sized storage tanks.

These aren’t minimum wage jobs either.  Most oil industry jobs pay very well, and this is one of the primary factors why the middle class in the United States hasn’t completely collapsed yet.

And as President Trump noted during the debate, there are a lot of voters in key swing states that get their paychecks from the oil industry.

In particular, oil and gas continue to be of vital importance in the critical swing state of Pennsylvania…

Even today, few industries — aside from coal and steel — have had the same impact on the state as oil and gas drilling. The state was at one time the country’s leading producer in the oil and gas industry since the 1850s, creating thousands of jobs across the commonwealth and driving its economy for much of the 20th century.

In fact, the state’s Gross Domestic Product from utilities was $282.60 billion in 2019, which includes services such as natural gas and electricity generation, according to Trading Economics, an online platform that provides historical economic data as well as forecasts.

If Joe Biden does not win Pennsylvania, he is going to have a really hard time winning the election.

So why in the world would he choose to alienate so many Pennsylvania voters?

Talk about shooting yourself in the foot.

It was a really stupid thing for him to say, but I suppose the American people should be thankful for a rare moment of honesty.

In recent years I have had the opportunity to be around a lot of politicians, and most of them are habitual liars.

Usually Joe Biden is pretty good about keeping his lies straight, but one moment of weakness during Thursday night’s debate could change everything.

If I was the Trump campaign, I would make this the number one issue for the last 12 days.  Getting rid of the U.S. oil industry would absolutely crush the economy and would eliminate millions of good paying jobs, and those that currently hold those jobs would definitely not be keen on having them taken away.

In order to win this election, Trump needs a miracle, and he may have just gotten one.

But time is running out, and if he wants to exploit this golden opportunity he will need to do so very quickly.