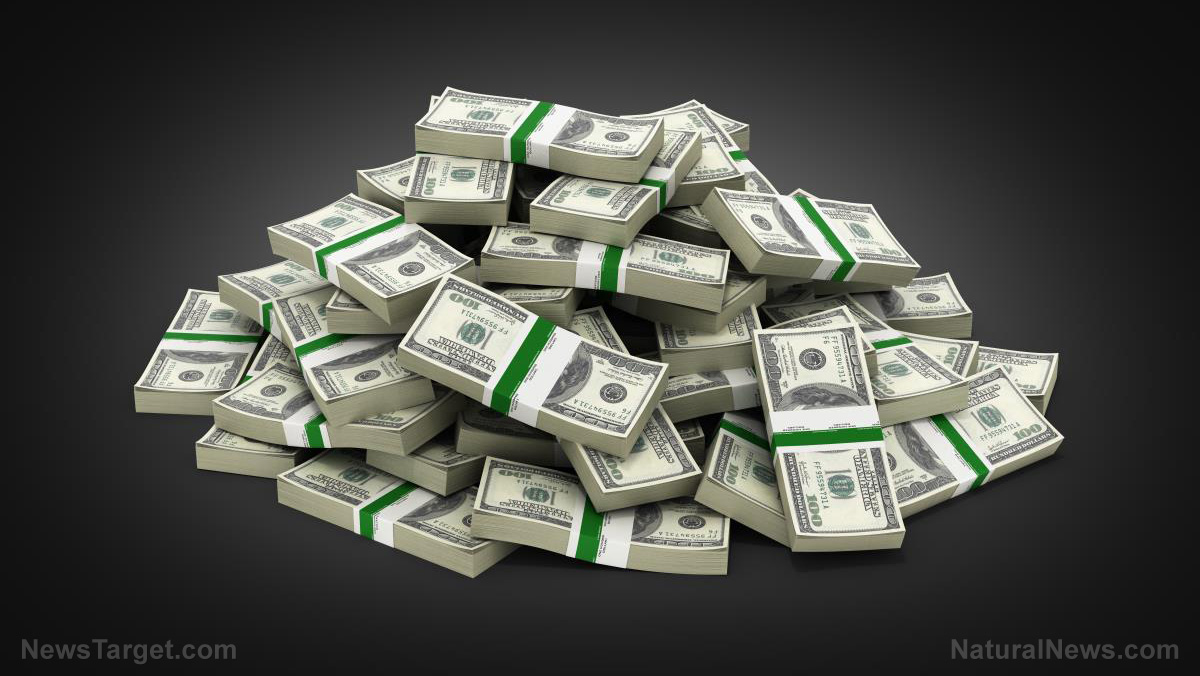 (Natural News) Donald Trump’s presidency has so frightened globalists around the world that they are literally pulling out all the stops to destroy him and the greatest country in the history of the world — the United States.

Why? Because a powerful, wealthy, stable America, which Trump created before the Wuhan coronavirus, is anathema to the socialist, Marxist authoritarian world they want to create — and then run.

To do that, however, the globalists must first discredit, and then replace, our founding principle of capitalism, the world’s only economic model that has been wildly successful for the majority of people who live under it.

And of course, like other leftists, the globalists are going to exploit the COVID-19 pandemic to get their way.

The coronavirus crisis presents an opportunity for a “new kind of capitalism” and “great reset” of global economies, politics, and societies, according to World Economic Forum (WEF) founder and executive chairman Klaus Schwab.

In an article published Monday by the WEF, an impatient Schwab claims neo-liberalism is dead and with it traditional notions of economic capitalism.

In their place is a set of “Stakeholder Capitalism Metrics” the WEF says enables the world to progress under one set of overarching rules as drawn up by it, with “social  justice” a key component of this brave new world.

Let’s get some things straight: These multimillionaire and multibillionaire globalists (like Schwab) don’t give a rat’s you-know-what about “social justice.” Like the coronavirus, that is just another tool for them to exploit in order to enact their agenda.

For another, these people are never going to give up their own wealth, but their economic system — socialism or worse, Marxism or Communism — will require that the rest of us surrender whatever wealth we have accumulated to them so they can redistribute it people who don’t have as much, so that in the end we’re all equally poor (the exceptions being, of course, the wealthy elitist globalists who ‘run things’).

“No event since World War II’s end has had as profound a global impact as COVID-19. The pandemic has triggered a public health and economic crisis on a scale unseen in generations and has exacerbated systemic problems such as inequality and great-power posturing,” Schwab wrote.

“The only acceptable response to such a crisis is to pursue a ‘Great Reset’ of our economies, politics, and societies. Indeed, this is a moment to re-evaluate the sacred cows of the pre-pandemic system, but also to defend certain long-held values. The task we face is to preserve the accomplishments of the past 75 years in a more sustainable form,” he added. (Related: Socialism always ends in destruction.)

What, pray tell, is ‘sustainable?’

That would be capitalism.

Sure, sure, there are some truly wealthy people in the world, and many of them are Americans. But without a doubt, most of them are great people who brought great ideas to market and in doing so offered goods and services that have made our lives better because they filled a need.

Plus, in a capitalist society, the next best thing is literally waiting to be invented, built and marketed, thereby creating more wealth, jobs and opportunities for more people.

In a socialist/Marxist economy, there is no wealth, save for those at the top. There are no opportunities because there is no incentive — no pay-off — to invest in, build and market ‘the next best thing.’

When you hear globalists like Schwab call for replacing the world’s most copied and most successful economic system using phrases like “social justice” and buzz terms like “equality,” know that’s not really what they mean.

They just want power. And they want us to just give it to them.