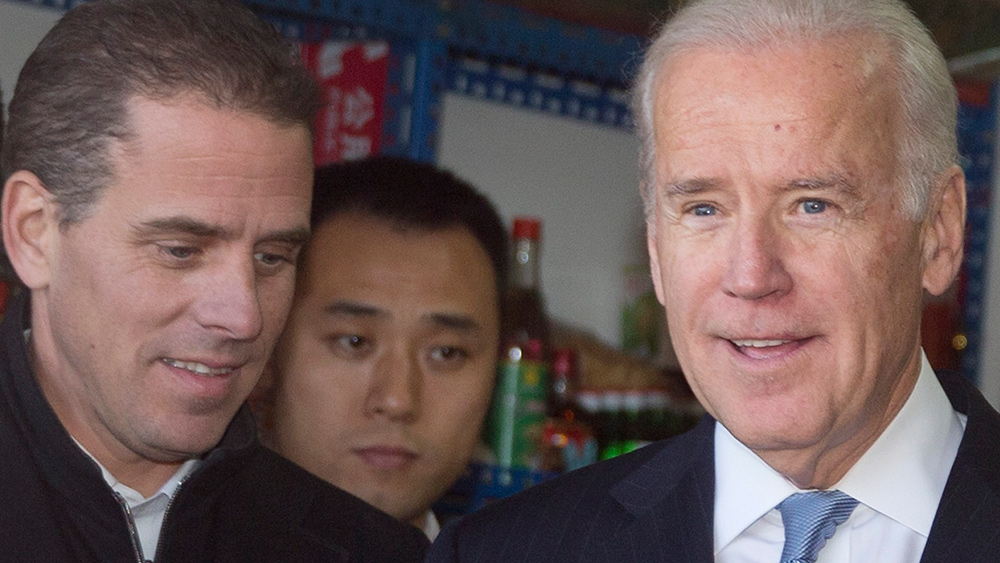 (Natural News) Supporters of President Donald Trump who thought things would improve at the pathetically politicized FBI in the wake of dirty James Comey’s firing are beginning to see that nothing at all has changed under his replacement, Christopher Wray.

By now, most readers know about the damning contents of a laptop left at a Delaware computer repair shop by Hunter Biden last year that, if true, details stunning new revelations about the depth of corruption involving him and his father, current Democratic presidential nominee Joe Biden.

What we’ve also learned in the days since the New York Post first reported details of the corruption contained in emails and other material found on the laptop is that it was turned over to the FBI in December 2019 by the shop owner after he discovered disturbing content involving Hunter Biden while downloading its content.

In addition to allegations of alleged corruption and videos of pornography, reports claim that there is even evidence of criminal activity — another reason why the shop owner contacted the FBI (that, and it involved a former vice president and his son).

What has the FBI done with the evidence since? Answer: Absolutely nothing. In fact, there are reports that the FBI is investigating some uncorroborated, unsubstantiated Russia disinformation connection instead.

Yes, that’s right: The FBI is investigating Russia, not the Bidens, just like this is 2016 all over again, including another allegedly corrupt Democratic presidential candidate.

Sen. Ron Johnson (R-Wis.), chairman of the Committee on Homeland Security and Governmental Affairs, is demanding to know what the FBI is doing about corroborating the information on the laptop and if so, whether or not the bureau is looking into them instead of chasing more Russian ghosts.

Johnson, R-Wis., said in a letter to Wray obtained by Fox News that a whistleblower contacted his committee on September 24, claiming to possess a laptop that Hunter Biden left at his business, and that he had turned it over to the FBI. Johnson noted that staff immediately asked the FBI to confirm certain details in order to validate the claim, but the bureau said they would not confirm or deny any of the information included in their request.

“The FBI has a duty to inform us. If they believe this was maybe Russian disinformation, they should give us a defensive briefing,” Johnson told “Sunday Morning Futures.” “If, for example, they also believe that what information this whistleblower gave us is fraudulent, that would also be a crime, and FBI should tell us that.”

He also said that what the FBI knows about the Bidens and when they discovered it speaks to a “larger issue.”

“Why did they sit on it? Are they covering up just because Hunter Biden might be engaged in things that also maybe should have been investigated and possibly prosecuted? Do we have two systems of justice: one for Democrats and one for Republicans? One for the well-connected versus one for the rest of the Americans?” he asked.

One of the things he found “pretty odd” was the revelation that, according to an email allegedly found on the laptop, Hunter introduced his dad to a ranking official with Ukrainian energy firm Burisma, where Hunter served as a board member for tens of thousands of dollars per month.

Joe Biden has said previously he didn’t know anything about his son’s foreign business dealings.

“The Biden campaign, all they’ve done to refute or deny any of this is to say that the meeting one of these emails revealed that Vice President Biden had with the No. 3 in control of Burisma never showed up on his official calendar,” Johnson said. “There’s all kinds of meetings that didn’t show up on his official calendar. This wouldn’t surprise me if this one didn’t.”

“For these reasons, the committee must know whether the FBI has assessed the validity of materials the whistleblower has provided, and what, if any, actions the FBI has taken since obtaining this information,” Johnson added.

So what it seems like we have here is the same cover-up mode from an unchanged FBI, just a different election cycle.