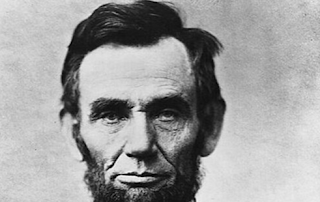 The names of small children don’t often appear on monuments, but Edward Baumler’s name is there among those of many other children who were murdered in the massacre at Milford.

Edward was only 3 years old when he was shot to death by Dakota raiders. His brother, Heinrich, who died alongside him, killed with a tomahawk, was 7 years old.

Their baby sister was murdered with an arrow.

The Baumler children were among a dozen other children, and twice as many women, killed by the tribal child murderers and rapists who assaulted the immigrant German township of Milford.

Now a statue of President Lincoln was toppled in Portland and the University of Wisconsin-Madison student government voted to remove his statue because he punished the killers of Milford’s children and the killers of the other seventy children under 10 years old.

The massacre at Milford was not unique. Entire communities were wiped out by bands of Indians pretending they had come asking for water. Women and girls as young as twelve years old were raped, mutilated, and murdered. Little boys were beaten to death. Survivors hid in piles of corpses, awaiting death while surrounded by the dead bodies of their loved ones.

Minnesota settlements in the 1860s were a haven for German, Norwegian, and other immigrants who had fled political oppression and limited opportunities to come to America. They had little to do with the causes of the conflict between the Dakota and the United States.

The Dakota massacres were so easily accomplished because the German and Norwegian settlers, unlike the English settlers of another era, were unarmed and weren’t ready to fight. That’s why the “warriors” initially avoided attacking the local fort and instead went after them.

When Little Crow’s War ended, trials were held and 303 fighters were sentenced to be hanged.

President Lincoln was uncomfortable with the speedy trials and the large number of tribal fighters who would have been executed. Despite heavy political pressure from survivors and Minesottans, he personally decided to review the trial records for every single case.

Lincoln had been a talented lawyer, but he was in the middle of the Civil War, and there were 303 cases. The Union depended on the support of Minnesota, and of the German immigrant community, who played a major role in the fighting, to pursue and win the war with the South.

Nevertheless, Lincoln personally reviewed the trial records for each case, and commuted the sentences of 88% of the convicted tribal fighters, agreeing to hang only 39 of them.

The men whose hanging Lincoln approved were both the worst of the lot and those whose guilt he believed absolutely proven. He discarded those who had participated in the general fighting and selected those who had attacked small farms and committed atrocities against individuals, especially women and children. In this, he relied on the testimony of survivors and other fighters because the perpetrators had boasted of the crimes committed against women and children.

As he told the Senate, he had first ordered “the execution of such as had been proved guilty of violating females” and then those “proven to have participated in massacres”.

Even though Lincoln had been as liberal as he could possibly be and more, the hangings still weighed on him. He offered a last minute pardon to another of the condemned men, issued a special warning not to hang yet another man, and warned that the other prisoners should not be subjected to “unlawful violence”. And in the end, only 38 of the convicted were hanged.

Lincoln’s liberal approach met with outrage in Minnesota. 1862 was an election year and Republicans paid the price. Told that the election would have gone better without his pardons and commutations, he retorted, “I would not hang men for votes.”

Now in Portland, leftist rioters declared an “Indigenous Day of Rage” for Columbus Day and tore down a statue of President Lincoln, along with one of President Theodore Roosevelt, and smashed up the Oregon Historical Society.

They spray painted “Dakota 38” on the Lincoln statue in support of the child-killers and rapists.

A member of the University of Wisconsin-Madison’s student government has claimed that President Lincoln’s statue should be removed because “he ordered the largest execution on American soil: 38 Dakota peoples.”

In truth, Lincoln limited the scope of the executions as much as possible. He resisted political pressure from survivors, the military, abolitionists, his own party, and the entire state. In the middle of the most decisive war the country had ever known, he personally spent time poring over transcripts of court records and commuted and pardoned every one he could.

But no amount of liberalism is ever enough for the radicals and racists who hate America.

The campaign against Lincoln isn’t new.

Even before the Emancipation Monument had been taken down in Boston, the 38 rapists and child killers had been used by leftists to attack Lincoln’s legacy. Black Lives Matter racists had vandalized statues of Lincoln in Buffalo, New York, Sioux City, Iowa, and other Democrat cities.

This isn’t about litigating a conflict that took place over a century and a half ago.

Little Crow’s War was typical of many such conflicts, the familiar factors, greed, rage, and radically different worldviews, were all there and led to deadly results. Lincoln, in equally familiar fashion, deplored the violence, but had trouble grappling with the reality of the military conflicts he was repeatedly thrust into, and unable to make the reforms that had caused him to run for public office, substituting for them with speeches and gestures that were both grand and hollow.

That was the tragedy of his career and of the entire awful era that claimed so many lives.

Lincoln was morally serious in the granular, but incapable of bringing that moral seriousness to bear on the tactics and resolution of the Civil War. The Dakota trials was typical of Lincoln at his most morally granular, weighing the lives of the accused men heavily while so many died elsewhere. But, looking at those court records, Lincoln felt a sense of control. In a massive conflict that was raging beyond any control, he could do justice to these particular lives.

The Lincoln statue vandals claim that they want “justice”. But that would include justice for Edward Baumler, his brother and his baby sister. And the many other children killed then.

It would include justice for a young mother who carried the decomposing corpse of her child for over two months, for children who watched their brothers and sisters beaten to death before their eyes, and for every horror and atrocity committed in Little Crow’s War.

Nearly entire families, many of them immigrant, were wiped out through treachery. Others left behind descendants that are keeping their stories and their fight for justice alive today.

History is complex. There was a great deal of unfairness in the collision between the settlers from the east and the west who had both crossed an ocean and found a bountiful new land.

The simplistic narrative pitting “indigenous people” against “settlers” is wrong and was always so. The German settlers massacred in Minnesota were the same sort of immigrants that leftists claim to advocate for today, and their killers were sometimes not even Indian, but like so many “Indians” today, descendants of settlers, slaves, and immigrants who could pass for Indian.

Unarmed immigrants, many of them fleeing persecution, came to the door for Indians asking for water. And then the butchery began. Men who called themselves warriors beat little boys to death, the bodies of little girls were found stripped naked, and that is what the Left celebrates.

That is what the toppling of Abraham Lincoln’s statues is about.

The topplers claim that President Lincoln represents injustice. They would rather not discuss the sort of justice they have in mind. The fallen children can speak to that as well as the fallen statues. They want to tear down Lincoln, and put up 38 rapists and child killers in his place.

Daniel Greenfield, a Shillman Journalism Fellow at the Freedom Center, is an investigative journalist and writer focusing on the radical Left and Islamic terrorism.
Share
Tweet
Share
Pin