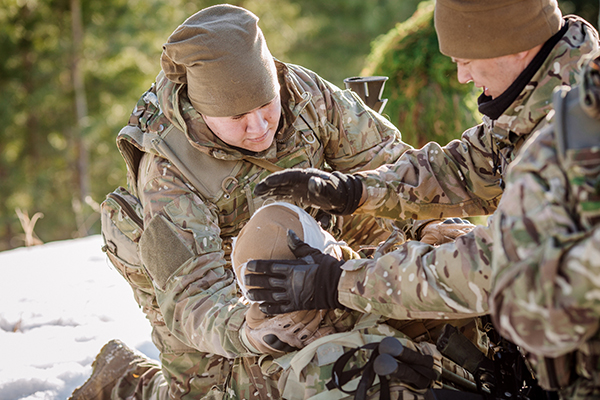 (Natural News) The U.S. military is a solid, professional organization that isn’t political and is trained to follow the lawful order of commanders up and down the chain, from the lowest-ranking NCO to the highest-ranking general, to the commander-in-chief of all the armed forces, the president of the United States.

It doesn’t matter who the president is. Many of the same enlisted personnel and officers who were serving during President Barack Obama’s administration are still serving under President Donald Trump.

In fact, without a doubt the U.S. military is the most apolitical organization in the country, which is an especially good thing right now because of all the tribalism and political division going on amongst fellow Americans.

But one group of ‘lawyers’ is seeking to undermine the military as an institution with a patently political demand: If President Trump wins reelection and left-wing groups take to the streets to loot, riot and plunder, they want the military to stand down and allow it to happen so Trump can be driven from office.

And worse, a military officer is behind the effort.

An organization of attorneys, calling themselves The Orders Project, is effectively encouraging military personnel to refuse orders to keep peace in the streets following the election if left-wing ANTIFA and Black Lives Matter terrorists lay waste to cities.

“In the days following June 1, I struggled to process what had taken place, to the point where I was sleeping very little,” said DeMarco. “I knew something was wrong, but I didn’t know what.”

“I am in a position as a major in the U.S. Army National Guard where I can do something, and that’s why I decided to come forward,” he said, WUSA9 reported.

What this seditious moron is proposing is that service members ignore lawful orders from commanders, governors, and/or the president himself to help restore order, which is a particular function of National Guard troops versus those of the regular armed forces (Guard troops’ first duty is to their states but they can, and have, been ‘federalized’ to serve in the regular armed forces, especially during the wars in Iraq and Afghanistan).

“I don’t have a crystal ball. Events have been unfolding in ways that no one could have predicted,” Eugene Fidell, director of The Orders Project, told the outlet.

He is one of 10 other attorneys with military justice experience and, like them, he claims that National Guard troops can refuse orders to confront protesters if they ‘believe’ the order is unlawful (which it wouldn’t be because, again, this kind of state support is a primary function of National Guard units).

“The first line of defense for people in the service who need some guidance should be the services themselves,” Fidell claimed without a hint of irony, because he knows that the military functions on good order and discipline and that if it doesn’t have that, the institution will break down.

That said, Fidell knows what the consequences will be if a Guard soldier refuses what would be a lawful order.

“The person who disobeys an order does so at his or her peril. I mean, you’re kind of rolling the dice,” he told WUSA9.

This is dangerous and preposterous at the same time.

There are such things as illegal orders; officers telling troops to fire on unarmed civilians, for example, or beat people to death who are merely protesting. But no officer is going to give that order.

These fools are putting ideas in young soldiers’ minds that they have some ‘right’ to disobey a lawful order to help restore calm amid rioting and wanton violence and destruction.