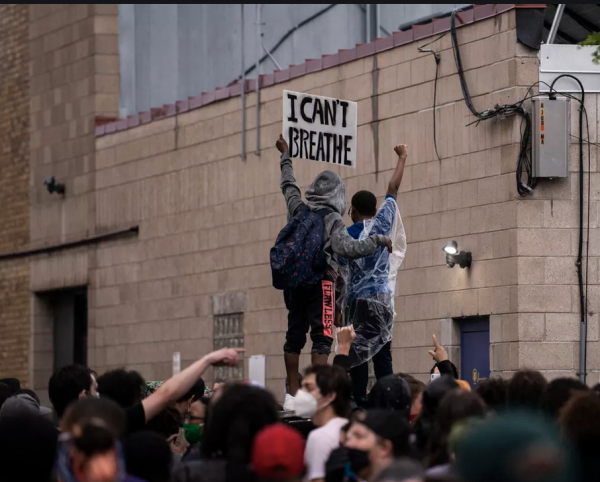 Madness has taken over and, to varying degrees, we do what we can to fight it. The courageous go all in. They throw caution to the wind and devote their lives to speaking forbidden truths. They are heroes all, and they often pay a heavy price. The rest of us tread cautiously. The lucky ones have a trusted circle where they speak freely. If they express concern publicly, they select and weigh their words carefully. That’s become second nature, a survival skill.

The easiest path is to stay silent, to stoically swallow the indignities, the lies, the propaganda. Anti-white hatred is mainstream, and dissent begets punishment. Fear of the iron boot is real and justified. Livelihoods are at stake.

Imagine not having an outlet to express sane views. It would drive a man mad. I’m lucky. I have a unique pressure valve. I write reality-based fiction. Actual reality .The kind discussed on Unz and VDare and AmRen. Between 2016 and 2019, I published four novels set, respectively, in America, South Africa, Canada, and Ireland. In my books, White people who advocate for other White people are cast as heroes.Imagine!

My plan is to cover all Western countries, thereby charting civilization’s decline (or maybe helping inspire its renaissance?). Unfortunately, I didn’t expect the darkness to descend so soon. Back in 2016, I created a character with no clue about Black on White violence. He knew nothing of its astonishing quantity, nor its heinousness. This ignorance cost poor Johnny his life, but the point is… the premise was believable . Nowadays, it would seem a mighty stretch.

Funny, every smidgeon of hyperbole I’ve ever invented has come to light, usually in some viler variation. Until recently, South Africa was a template for the future of Whites. Now, any American city will do. Same goes for London, Paris, and soon-to-be Dublin.

I did try to sell a few copies, mind you. I sought readers . If I take comfort writing them, like-minded souls would surely take comfort reading them. A small dose of truth in a Bizarro world. Their consistent message is this: You’re not crazy. You’re not alone . Readers won’t get that from Grisham or King.

What do you know, I found an audience. Mr. Kersey has been kind enough to promote my work, as has Colin Flaherty and their ilk in South Africa and Ireland. I even found a few liberal fans along the way. Story and character are powerful, and I drag readers through the trenches of hell. I always figured if people knew how bad it really was, they’d come around.

Ha, not so for two reasons: 1) people don’t want to know, and 2) people already know. If that sounds contradictory, it’s meant to. Everything is contradictory. We’re dealing with the 2+2=5 crowd. People who pretend societal breakdown isn’t happening even as

savages loot and burn once-safe cities. The vilest deniers – the Baizuos – take it a step further. In a grotesque spectacle, they compete to show who’s least racist, to see who can cuck the hardest. Their mental gymnastics is exceeded only by their cringe. What is this strange psychology? A defense mechanism? Stockholm Syndrome at a societal level? Maybe one day we’ll get an explanation.

With November 3rd approaching, the Western World is on a precipice. A Great Resetseems inevitable. Heck, the Leftist Establishment crows about it constantly. What is this hell we’re living through? What’s on the other side of it?

For the globalists, COVID-19 couldn’t have come at a better time. Whether orchestrated or happenstance, the crisis is their silver bullet and they’re not about to let it go to waste. The volume of disinformation and contradiction is enough to make the truth nonexistent. Is COVID a distraction, a Trojan horse, a biological weapon? Who knows? I believe only what I see, and none of that is encouraging. Mass conformity. Mass obedience. Contradictions. Absurdity. Globohomo displacing Mom & Pop. Unemployment. Poverty. Addiction. Suicide. If nothing else, COVID is sucking the joy out of life, and isn’t that what all good globalists want?

Anyway… COVID aside …the 2020 presidential election feels like déjà vu all over again. Remember 2016? Remember Trump descending the Golden Escalator and launching his infamous diatribe. He won White America by doing it. He was a superhero, too good to be true. As the Big Day neared, polls and pundits projected a Hillary win. A landslide. Newsweek had their Madame President issue ready.

Cut to the chase, Trump won. Patriots, nationalists, and red-blooded Americans cheered. Trump was carrying the American Dream – what was left of it – on his mighty shoulders. America still had fire in her belly. She still had a beating heart. Who knew?

The past four years have not exactly lived up to the hype. Trump has disappointed on several counts: Where’s the wall? Where’s immigration reform? What the hell is this First Step Act nonsense. The Dissident Right has taken to mocking his tweets and his bluster, and they have a point. When Trump mentions every group under the sun –which he does constantly – would it kill him to mention Whites just once? What a turning point that would be.

Ah, but Trump’s the best we’ve got and he’s still a force of nature. A relentless champion for America who never takes the knee. He survived the Impeachment Clownshow, the Russia Hoax, the 24-7 media attacks. The blows he takes on a given day would fell a lesser man, yet Trump marches on with a spring in his step and a sparkle in his eye.

It’s hard not to marvel at his audacity, his stamina, his resilience – to say nothing of his wit and charm. No one can argue he’s transformational. An outsider who bullied his way in, Trump changed the game, he pulled back the Fake News Curtain, he gave traditional America hope, even if it was tenuous.

He also validated the Sailer Strategy, not that he used it explicitly. Will it work again? The Trump Train’s bigger than ever but the Dems have gotten meaner and nastier. No one expects them to play fair. That they’re running Joe Biden is proof it’s all a sham. The guy is a ghostly husk of withering, dithering senility and everyone knows it. His candidacy is just another blast of absurdity we’re expected to ignore.

For the past four years, the premise for my next novel has always arrived crystal clear and fully formed. However, this year I found myself waffling. Not to worry, I told myself, all will come clear after November 3rd. A Trump win would be a shot in the arm. A powerful omen for America, proof she still has a fighting chance. And hey, maybe Second Term Trump will be like 2016 Trump. I wouldn’t put it past him.

If Biden wins, then what? Would it portend the rise of an Orwellian anarcho-tyrannical superstate? Would an already-vengeful state get a lot more vengeful in a hurry? Maybe it’d be a good time to hang up the keyboard, to fall in line. I could sign up for the Ministry of Truth as a retcon engineer. I’m good at fiction and the workload would be heavy.

Seriously though, if Biden wins do we enter End-Stage America? Do we continue the steady march toward bedlam? Unfortunately, the same may be true with a Trump win. Either way, chaos and mayhem and upheaval seem a sure bet.

But in a world like that, there’s plenty of room for heroes…and heroes are the lifeblood of good fiction.

K.M. Breakey is the author of Fearless Men, But Few and five other novels.