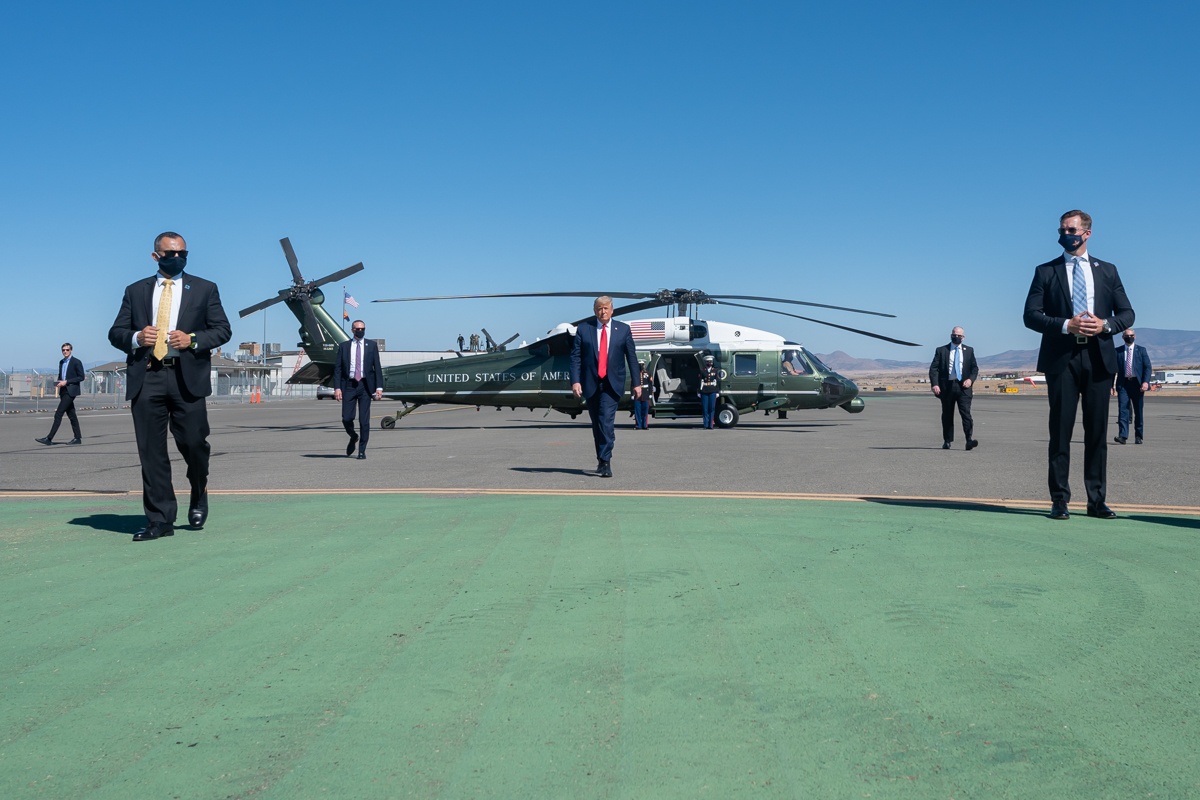 Four years ago, I went on national television just prior to the election and declared that if Donald Trump beat Hillary Clinton it would be the greatest political miracle in the history of the United States, and that is precisely what we got.  Trump miraculously won the states of Pennsylvania, Michigan and Wisconsin by a combined total of less than 100,000 votes, and he won the presidency even though Hillary Clinton won the popular vote by a margin of nearly 3 million.  Well, now here we are again.  Joe Biden’s lead in the national polls is even greater than the lead that Hillary Clinton had in 2016, and if Trump ends up winning it will be an even greater political miracle than we witnessed four years ago.

Yes, there is a very real possibility that Trump could win, and I explained exactly how it could unfold in an article that I posted yesterday.

But it won’t be easy.

Let’s take a look at how Trump is faring in the most critical swing states compared to where he stood just before the last election.

So Trump is theoretically doing worse in each of those key swing states that he was in 2016.

Like I said, it is going to take a bigger miracle than we witnessed four years ago for Trump to pull this off, but it could definitely happen.

On election night itself, the most important state to focus on will be Florida.  As I discussed in a previous article, Florida is one of the states that allows mail-in ballots to be counted in advance, and we should have a really good idea of what the results are going to look like in the state by the end of the night.

If Biden is declared the winner in Florida on election night, that is going to be a really, really bad sign for Trump.  There really isn’t a path to 270 electoral votes for Trump without Florida.

If Trump wins Florida, or if the vote is too close to call, then Pennsylvania becomes crucially important.

Unfortunately, Pennsylvania is one of the states that does not allow mail-in ballots to be counted in advance, and they are going to have millions of them to count.

At this point, Pennsylvania Governor Tom Wolf is openly admitting that “it may take longer than usual to count every vote”…

‘These are unprecedented times. Because of the coronavirus, there were millions of votes cast by mail so it may take longer than usual to count every vote,’ he says in a new ad for the nonpartisan group, The Voter Project.

‘The folks in our election offices – your neighbors, family and friends are working hard ensuring every single vote is counted,’ he says.

Pennsylvania is supposed to have every vote counted by Friday, but I am deeply skeptical that will actually happen.

In fact, it is now being reported that there are seven Pennsylvania counties that will not even begin counting mail-in ballots until Wednesday…

Seven out of Pennsylvania’s 67 counties will wait to count mail-in ballots until the day after the election, according to local officials, potentially delaying when media organizations will be able to project a winner in the state.

Pennsylvania allows for counties to begin processing mail-in ballots the morning of Election Day, but officials in Beaver, Cumberland, Franklin, Greene, Juniata, Mercer and Montour — all counties which voted for Donald Trump in 2016 — said that concerns over staffing and resources led them to delay when they will count mail ballots.

Adding to the mess is the fact that any mail-in ballot without a “secrecy envelope” in Pennsylvania must automatically be rejected.  This is something that I discussed yesterday, and FiveThirtyEight founder Nate Silver is acknowledging that this could become a big issue…

“Among the votes that were sent in by mail, there are some provisions about a naked ballot, a security envelope. That could make things more complicated. You could have the courts involved. You have some protests, looting in Philadelphia. There’s lots of stuff going on.”

If Biden loses Florida and then he loses the count in Pennsylvania, at that point it becomes more likely than not that Trump will emerge victorious.

All along, the Biden campaign has been anticipating that Trump will have a lead on election night but that the mail-in ballots will eventually swing the contest their way.  But what they didn’t anticipate was that the flood of ballots coming through the mail would absolutely overwhelm the U.S. Postal Service…

For the third day in a row, the US Postal Service moved fewer ballots on-time in critical battleground states than it did in the previous day, according to new court filings Sunday.

With Election Day only two days away, these continued drops in performance mean ballots are now at significant risk of not arriving to election offices in time to get counted. In a majority of states, mail ballots postmarked before or on Election Day don’t count if they arrive after the polls close.

The deadlines are different in every state, but in each case any ballots that do not get delivered by the deadline will not be counted.

Americans are famous for putting things off, and it appears that millions upon millions of people are trying to get their ballots in at the last minute.

Yesterday I warned that there could potentially be millions of late ballots that do not get counted, and I continue to stand by that assessment.

And since Biden voters are more than twice as likely to vote by mail as Trump voters are, the vast majority of the late ballots that do not get counted will be from Biden supporters.

In the end, that could be enough to deliver a victory for President Trump.

It may not look like the miracle that Trump supporters were expecting, but it would be a miracle nonetheless.

As I have stated in so many other articles, I am not predicting the outcome of the election one way or the other.

But what I am saying is that it is going to take the biggest political miracle in U.S. history for Trump to win, and the U.S. Postal Service may end up being the delivery vehicle for that miracle.