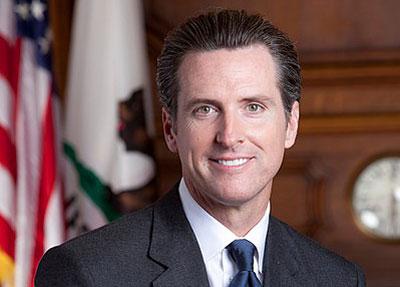 California Governor Gavin Newsom has now been called out by a judge and reined in from his lawless directives related to the COVID hoax, but only because it may interfere with state law, not because he is actually infringing on the rights of his people that he is to serve.  Yep, this was all about… mail in ballots.

Sutter County Superior Court Judge Sarah Heckman issued a preliminary order for Newsom to stop making executive orders that could contradict state laws after determining one of his orders was “an unconstitutional exercise of legislative power.”

Her order prevents Newsom “from exercising any power under the California Emergency Services Act which amends, alters, or changes existing statutory law or makes new statutory law or legislative policy.”

The judge determined that the California Emergency Services Act itself was constitutional but noted it “does not permit the Governor to amend statutes or make new statutes.”

“The Governor does not have the power or authority to assume the Legislature’s role of creating legislative policy and enactments,” the order says.

Heckman’s order will become final in 10 days if Newsom’s team does not challenge it.

She is the second judge in the county to conclude Newsom was overstepping his authority, but the ruling is contradictory to other state and federal decisions on the governor’s emergency powers during the coronavirus pandemic, The Associated Press noted.

See?   Now, how this judge can say the CES is constitutional is beyond me seeing that Governor Newsom has attacked the protections of the liberties of the people wholesale, something that other judges have already ruled to be unconstitutional.

Sutter County Judge Sarah Heckman has sided with their lawsuit in declaring Newsom’s executive order unconstitutional. As part of the ruling, Heckman has issued a permanent injunction that prevents the Democratic governor from making additional unconstitutional orders.

“We have been arguing that the California Emergency Services Act does not provide for one-man rule. Today, the Court agreed with us,” Gallagher and Kiley said in a joint statement. “This is a victory for separation of powers. The governor has continued to create and change state law without public input and without the deliberative process provided by the Legislature. Today the judicial branch again gave him the check that was needed and that the Constitution requires.”

If you ask me, he needs a much bigger check on even more serious usurpations of his authority against the people of California,  but it’s those people who will have to deal with him.