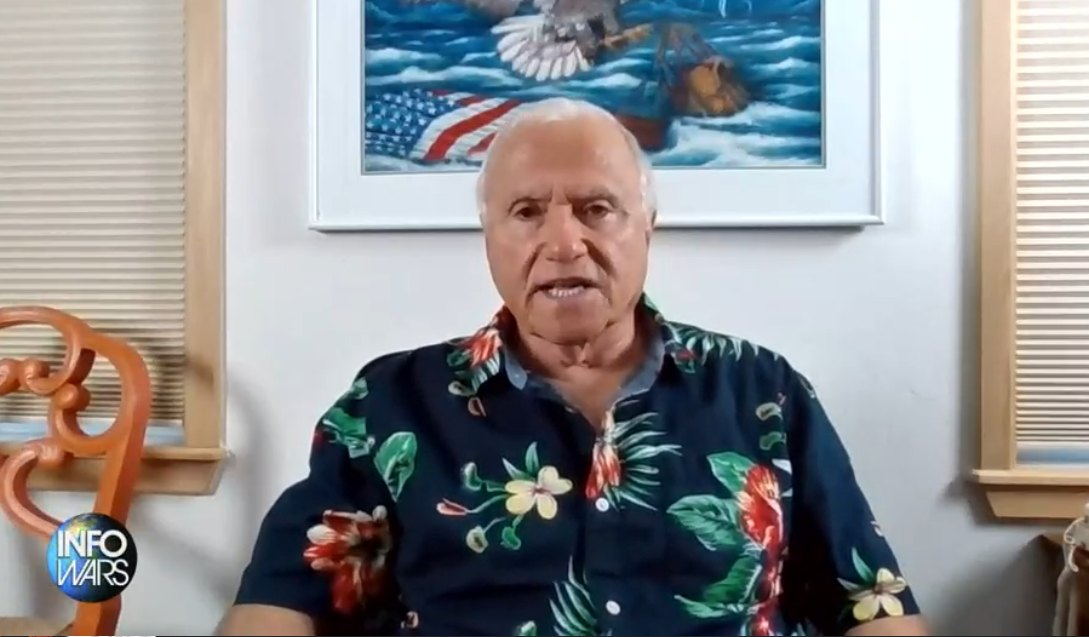 (Natural News) As a guest on InfoWars’ War Room with Owen Shroyer today, intelligence expert Steve Pieczenik declared that the 2020 election was set up by Trump’s people as a “sophisticated sting operation” to trap the Democrats and the Biden crime family in irrefutable criminal fraud. The original video is found at this Banned.video link. It has also been re-posted to Brighteon.com (see below).

Pieczenik is not working for the federal government, he explains, and what he describes leaves many questions and raises some doubts, such as the question of how such a large operation could have been kept secret from the Democrats all this time. Nevertheless, if this is true, it means that Owen Shroyer, InfoWars and Steve Pieczenik just broke what is arguably the biggest news story in at least a century, dwarfing the significance of anything from the Washington Post and the Nixon administration.

Disclaimer: We have not yet been able to independent verify the claims you see below. We are merely reporting on what Dr. Pieczenik is saying, as these claims are newsworthy and incredibly important. We are in the process of investigating further.

Among the seemingly incredible claims made by Pieczenik include the following:

See the interview on Brighteon.com here:

Do not forget that Joe Biden recently admitted, on camera, that the Democrats have, “the most extensive voter fraud organization” in the history of American politics. You can see him admitting this here:

Right there, Joe Biden openly admitted to the nationwide vote fraud, just as he also openly admitted to withholding a billion dollars from Ukraine in order to get prosecutors fired who were looking into the Burisma scandals that involved kickbacks to his son, Hunter.

Shockingly, Joe Biden thinks Democrats are so untouchable that he can publicly admit to almost any crime imaginable, including nationwide vote fraud.

In further researching this story, we came across another piece of this rumor which needs to be considered. It isn’t yet authenticated, and it might be nothing but rumor or speculation, but various online sources are claiming to have behind-the-scenes access to press releases that aren’t yet available to the public. According to one rumor, shown below, DHS has secretly announced an “election audit sting” that claims “80% of the ballots have failed ballot integrity checks.”

As you read this, please note that we could not authenticate this document or its source, and we currently only place it in the “rumor” category. It might be disinformation thrown around the ‘net to cloud the election outcome and give patriots false hope: 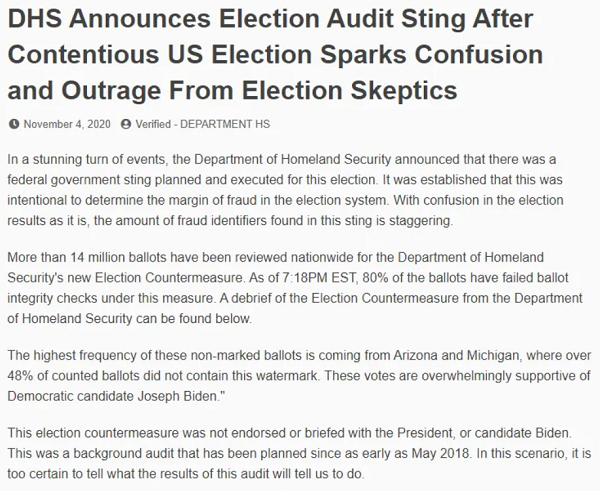 Supporting the possibility of all this is a November, 2019 story from TheHill.com entitled, “DHS cyber agency invests in election auditing tool to secure 2020 elections.” This story, which was read by almost no one until now, explains:

The Department of Homeland Security’s (DHS) cybersecurity agency announced Thursday it would partner with election officials and private sector groups to develop an election auditing tool that can be used to help ensure the accuracy of votes in 2020.

That sounds strikingly similar to what Steve Pieczenik is describing in his video interview with Owen Shroyer.

In related news, Trump addressed the nation earlier today and detailed some of the massive voting fraud that has so far been witnessed across the country:

The bottom line: If Pieczenik is correct, we are about to see the Dems completely destroyed and thrown in prison for a long, long time. Let’s hope he’s correct, because if this doesn’t pan out, a whole lot of patriots are going to be extremely angry at being misled about this “sting operation.”