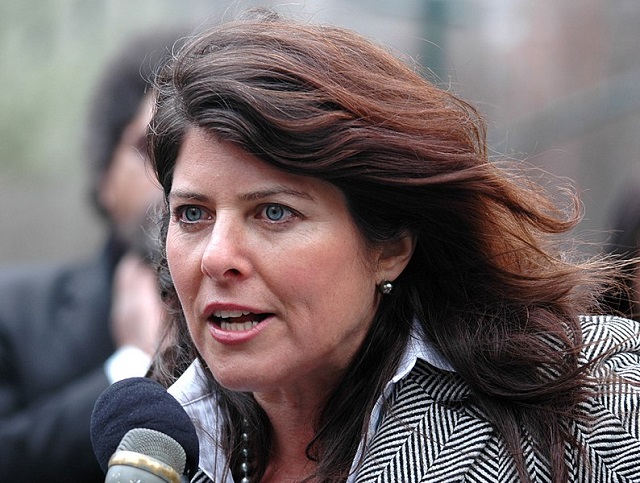 Leftists are already regretting voting for Joe Biden and he hasn’t even taken office yet (or officially won the presidency).

“If I’d known Biden was open to ‘lockdowns’ as he now states, which is something historically unprecedented in any pandemic, and a terrifying practice, one that won’t ever end because elites love it, I would never have voted for him,” Naomi Wolf tweeted on Monday morning.

If I’d known Biden was open to ‘lockdowns’ as he now states, which is something historically unprecedented in any pandemic, and a terrifying practice, one that won’t ever end because elites love it, I would never have voted for him.

Wolf had a similarly embarrassing incident last year after a British radio host live on air explained to her how the thesis of her latest book was based on a misunderstanding.

Everyone listen to Naomi Wolf realize on live radio that the historical thesis of the book she's there to promote is based on her misunderstanding a legal term pic.twitter.com/a3tB77g3c1

It’s amazing how clueless these leftoids are.

A bunch of them took to the streets to cheer endless lockdowns.

These are the people who said we needed mail-in ballots because it was dangerous to gather in crowds.

They knew exactly what they were about https://t.co/dPWCHx5Qp3

Wow, time flies. It seems like yesterday when COVID was a dangerous disease and easily spread. https://t.co/azPZSon4d4

They actually believed the prolefeed given to them from the media and late night TV hosts that they were “defeating fascism” or some nonsense.

They never stopped to think for even a moment why the scum of the earth are all on their side.

Now, they’re all out celebrating handing the country over to a bunch of Neocons, Wall Street and Big Tech tyrants.

This is the worst thing that could possibly happen. Eric Schmidt is a walking nightmare https://t.co/zx574Lozms

Seeing as how our hyper-connected world seems to move a mile a minute these days, how long do you think it will be before the plebs wake up to the fact they were conned?

MUST READ. I don't usually cite @DailyMailUK but this Oxford epidemiologist who warned that "lockdowns" are harming public health, is being harassed, smeared and silenced. https://t.co/pAwmk2Pysd