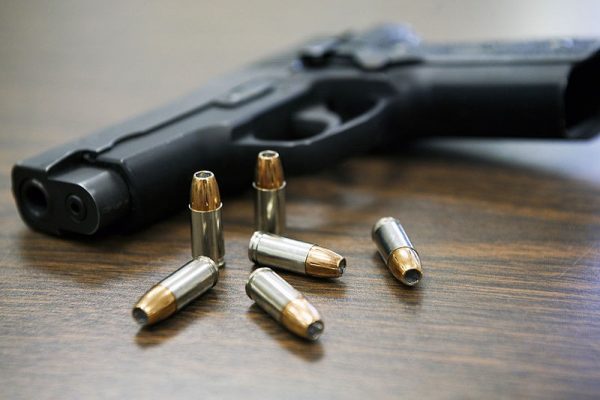 In honor of the late Alex Trebek, let’s play a simple version of Jeopardy!.

Only one category, and it’s the $600 choice. Sorry, no chance for a daily double.

Oh, that category? Pulling the Trigger.

Without further adieu, here’s your $600 Pulling the Trigger option:

Figure it out yet?

The group is made up of 30 members who all took a pledge to take on tough topics in relation to recent gun violence in the community. The task force is a result of seven shootings involving teens and children under the age of 17 in recent months. Those shootings led to the murders of Daquane Felix, 3, Denis “Joshua” Atkinson, 14, and Daquarvious Fudge, 14.

In each of these case, Orange County Sheriff John Mina reported they have received only six Crimeline tips or less.

“The community working with the agencies, working with all the parties involved in the process is key,” Orlando Police Chief Orlando Rolon said. “We have to make sure we do our part to provide that same message, the right message, especially to our youth.”

Both Mina and Rolon presented reports on the recent crime.

In Mina’s report, he said homicides were up in Orange County by 22%. However, deputies have made 246 gang-related arrests and got more than 1,200 guns off the street.

But right after the presentation, community activist and task force members challenged the law enforcement leaders in conversation on broadly using the term gangs.

“You have to be careful when using that broad scope,” added Michael Scott, with the organization My Brother’s Keeper. “If I hang with the bad guy and you say I’m a gang member, I’m not and you put pictures and tell folks I’m this kind of person and I’m part of the solution –why would I want to communicate with you?”

It took what was supposed to be a procedural meeting to set goals and objectives – into a lively discussion. State Attorney Aramis Ayala said that’s where solutions happen.

“That’s where change happens,” she said.

He’s given the task force 120 days to set recommendations and actionable goals to fight gun violence.

“We are looking forward to having a detailed plan of action that will look holistically at dealing with reducing gun violence here within our community,” Demings said.

Invariably, when the people are allowed to dictate policy, they’ll immediately question what happens to their community and criticize law enforcement for focusing too much unwanted attention on members of their community.

This is what sane people do, right? If black individuals collectively engaging in almost all of the gun violence in Orlando make majority black neighborhoods dangerous (and where police dedicate more resources to combatting/stopping gun violence), obviously the goal of the newly created Citizen’s Safety Task Force is to steer law enforcement from doing anything to stop this senseless bloodshed.

Because Black Lives Matter or something, so aggressive police actions to protect innocent black lives is a far bigger crime than locking up black gangbangers shooting other black people in Orlando.

After all, pattern recognition is the greatest sin in 2020 America.