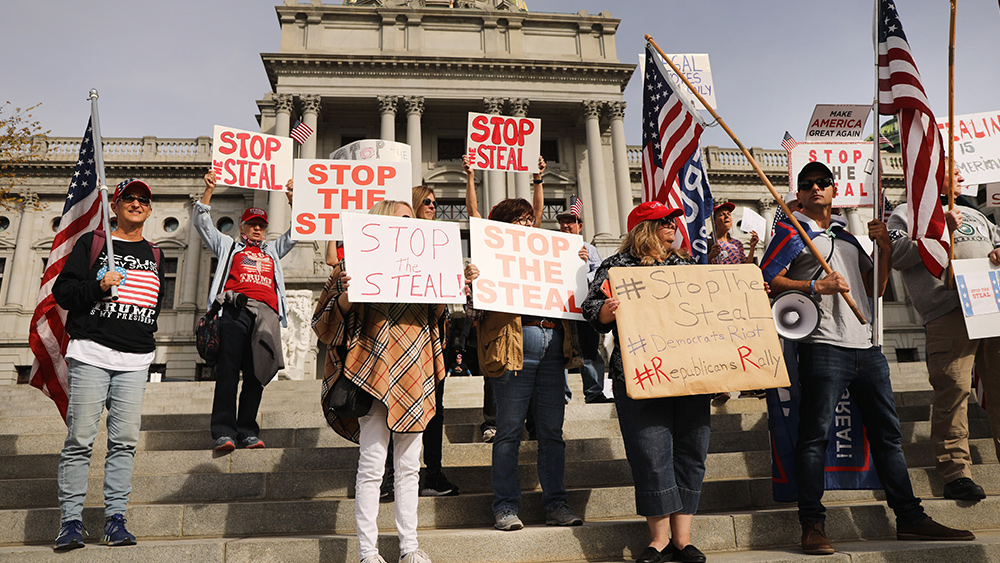 (Natural News) It is official: The “Million MAGA March” event is scheduled for this Saturday, Nov. 14 in Washington, D.C., and will proceed from the White House all the way to the Supreme Court in support of free and honest elections.

Those who agree that Democrats are trying to steal the 2020 presidential election in favor of Joe Biden are encouraged to attend, as the Million MAGA March will show the world that American patriots are ready and willing to take a stand against fraudulent election results.

One of two pro-Trump events scheduled for Nov. 14, the Million MAGA March is a convergence of March for Trump, Stop the Steal, and Women for America First, three pro-Trump groups that announced the rally on social media.

Beginning at noon on Saturday, demonstrators will gather in Freedom Plaza before marching to their final destination in defiance of the mainstream media’s unfounded claims that Biden won the presidency and is now president-elect.

As usual, fascist groups like “Refuse Fascism” are planning their own counter-demonstrations in support of Biden, whom they hope will unseat Trump to become the 46th president.

“We are gathering non-violently,” claims Lucha Bright from Refuse Fascism.

Despite Bright’s claim that Refuse Fascism does not want a confrontation, it is planning to have its members converge in the very same spot as the Million MAGA March 30 minutes prior to its gathering. This means there is almost sure to be a confrontation.

The Million MAGA March, however, will proceed as planned. Try as it might to elicit a negative response, Refuse Fascism will not be the highlight of the day on Saturday, nor will it succeed at intimidating the pro-Trump march into silence.

D.C. Mayor Muriel Bowser says she is planning to deploy police officers to the site of the two opposing rallies to ensure that both are able to engage their First Amendment rights peaceably.

“Our police chief will have a similar posture this weekend as he did last week and we will be there to support peaceful exercise of First Amendment demonstrations,” she added.

Bowser continues to urge local business owners to remove plywood boards from their windows, which were put up to thwart potential violence following the election.

She insists that area law enforcement will be monitoring the two events, as well as the caravan of vehicles making its way into the D.C. area in the days prior, to ensure that everything remains safe and orderly.

The Million MAGA March, meanwhile, is telling its supporters and gatherers to remember that this is about stopping a fraudulent election process where Biden is being handed a win that he does not deserve.

“Help us #StopTheSteal and stand up for the President of the United States, Donald J. Trump,” the group’s official Twitter account tweeted.

Bowser, meanwhile, has established new Wuhan coronavirus (Covid-19) guidelines requiring rally attendees from a number of states to “test negative” and prove it before being allowed in the district over the weekend.

The latest news related to the election can be found at Trump.news.