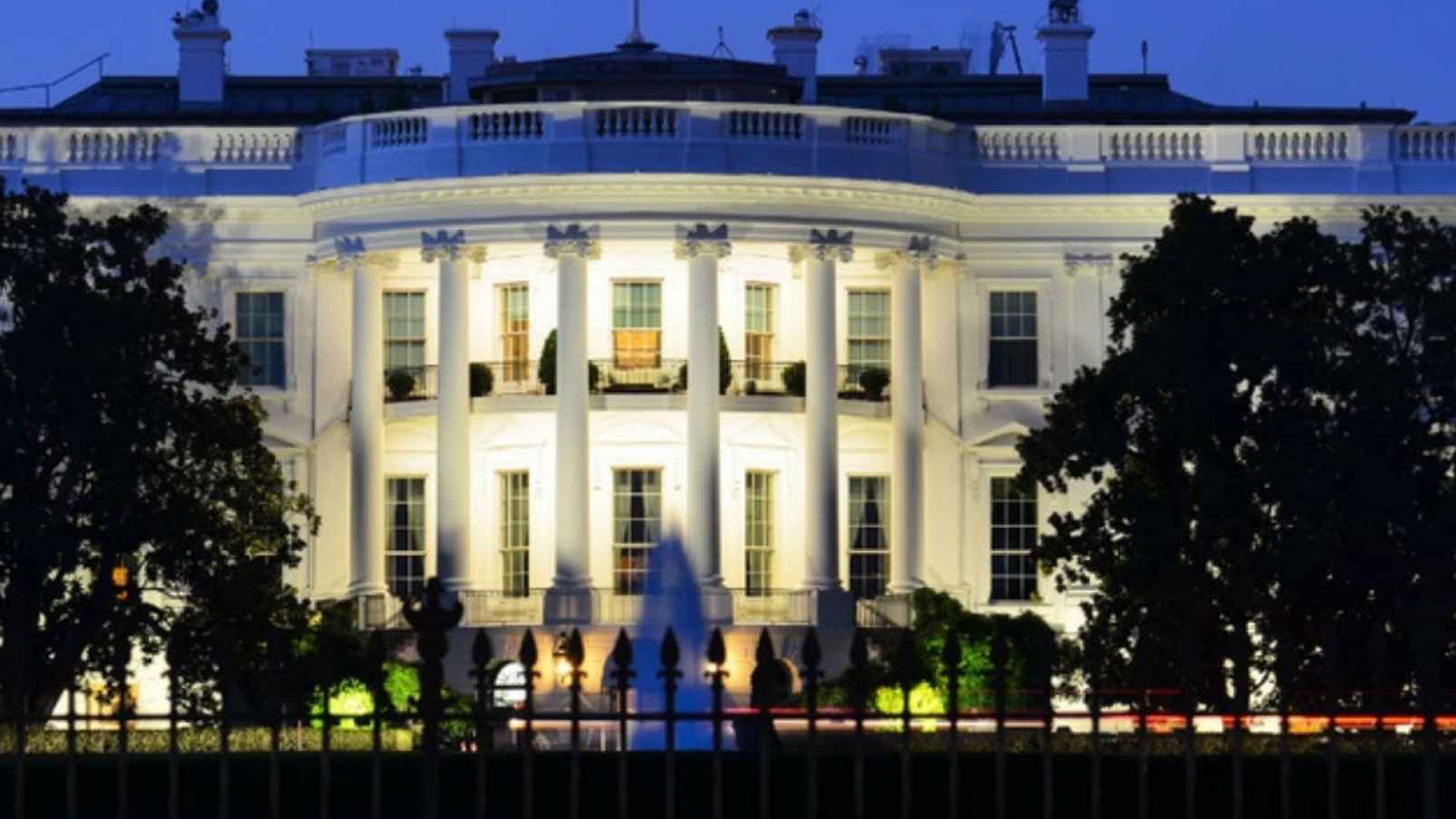 Even though the votes are still being counted, Joe Biden declared that he is the President-Elect, a shadow government office invented by Obama and invested with a pseudo-government seal, and he has been holding fake briefings and taking phone calls with foreign leaders.

The United States only has one president at a time. Maintaining a fake shadow presidency undermines the sitting administration to the American people and to foreign governments.

It’s illegal and inappropriate. So the Democrats are doing it anyway.

Incoming presidents, since Truman’s day, receive briefings and, since Kennedy’s day, get funding for their transition teams, but, according to the law, only once it’s clear who won. The last time this happened, the Bush transition was blocked by Democrats until December.

But the media is boosting its Biden cable network coup by threatening the head of the GSA.

A week after the election, the media descended on Emily Murphy, the head of the General Services Administration (GSA), demanding that she release funds to a Biden transition.

Media hit pieces like the New York Times‘ “How Emily Murphy Stands Between Biden’s Team”, Bloomberg‘s “Who Is the GSA’s Emily Murphy, Trump Appointee Holding Up Biden Transition”, and the Washington Post‘s “Trump Appointee at GSA Declines to Sign Letter Authorizing Biden Transition”, personalized the issue and set off a lynch mob swiftly leading to threats against her.

It’s still early in November. The media conveniently forgot the time its party blocked a presidential transition for over 4 weeks, not just through November, but into December.

David Barram, a top Clinton donor who supported every one of their campaigns since 1992, and tech industry figure, who had been appointed to head the GSA, didn’t get this kind of treatment when he turned down transition funding to the Bush-Cheney campaign after the 2000 election.

Not only did Barram block funding until Florida’s vote was certified, but he kept blocking it until the Supreme Court had made its decision, leaving very little time for any transition to happen. The Bush-Cheney campaign pursued its own privately funded transition, as did Al Gore, the way presidential transitions used to work until the Presidential Transition Act changed all that.

Despite all this, Barram was never publicly attacked or threatened the way that Murphy is.

Worse still, the media recently trotted out Barram to argue that the GSA should release transition funding to the Biden-Harris campaign. “First off, all these media outlets who call the election have called it for Joe Biden, I think the winner is pretty clear,” Barram recently insisted.

Media outlets, it ought to go without saying, but no longer does, don’t pick presidents.

But, as with so much else, the same media that amplified claims that Gore votes were thrown out in Florida, that Secretary of State Katherine Harris discriminated against minorities, and that Jeb Bush had rigged the election for his brother, now yells that such claims are not only false, but dangerous, and must be censored at all costs. The media that had allowed every Democrat to hold forth about the Florida election, now won’t even allow Republicans to speak.

Democrat claims of election fraud must be heard, but Republican claims are “disinformation”.

Even while the Washington Post warns Republican claims of election fraud are dangerous, it just ran an article suggesting that Harris rigged the 2000 election to win an ambassadorship.

And yet the arguments that Barram made to block GSA funds back then hold up well today.

“With legal action being pursued by both sides, it is not apparent to me who the winner is,” Barram had argued.

The legal standard for authorizing a GSA transition is, in the words of the Democrats, the end of legal action over the results of the election. As long as legal action is being pursued, including a trip to the Supreme Court, the GSA cannot and should not release funds to a transition.

In congressional testimony, Barram took it further and cited an authoritative Democrat source.

“Congress made it perfectly clear that if there is ‘any question’ of who the winner is ‘in a close contest’ this determination should not be made,” Barram pointed out.

He then quoted, Rep. Dante Fascell, the sponsor of the Presidential Transition Act.

Rep. Fascell had stated that, “If the Administrator had any question in his mind, he simply would not make any designation in order to make the services available as provided by the Act. If as an intelligent human being and he has a doubt, he would not act until a decision has been made in the electoral college or in the Congress.”

Kennedy had recently won, through Daley’s voter fraud in Chicago, and after spending $360,000 on JFK’s expenses, the Democrats wanted government funding for presidential transitions. They also wanted some assurance of getting government assistance from the administration of an opposing party even though no such issues had come up to date.

Fascell’s boundary went further than Barram’s, with the cutoff being the electoral college and congressional certification. That’s an objective and solid constitutional standard, unlike the end of legal proceedings, let alone cable news network election calls, that are subjectively partisan.

More importantly, these are the rules that Democrats, not Republicans, had made. And Democrats were happy to live by these rules in Bush v. Gore when they helped them.

That’s called equality, not “equity”, before the law.

Counting every legal vote was noble in Florida in 2000, but is a disgusting lowball tactic in Pennsylvania in 2020. Fighting the election results in the Supreme Court was in the highest traditions of our political system in 2000, but is an outrageous abuse twenty years later.

It was appropriate for the GSA to block presidential transition funding in 2000, but doing so in 2020 may kill people, and the relevant GSA officials should be threatened and harassed.

Living in a nation of laws means having to live with those laws.

Harassing the head of the GSA is political intimidation and only highlights the fundamentally terroristic and abusive nature of the political coup that the Democrats are perpetrating.

Rep. Dante Fascell, the Democrat sponsor of the Presidential Transition Act, was quite clear about the GSA administrator not taking personal initiative in a disputed election. So was Bill Clinton’s GSA boss. As long as a presidential election is being contested, there’s no transition.

That’s not only the law, it’s the rules that Democrats made. Now they have to live by them.