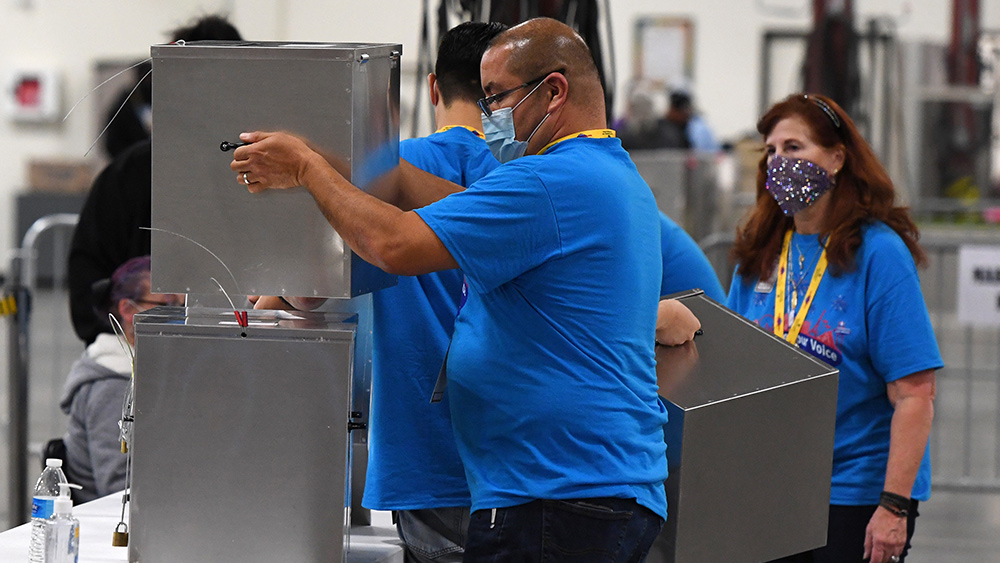 (Natural News) The statewide audit and hand recount of ballots that was requested and granted in the state of Georgia turned out to be nothing but a farce after Secretary of State Brad Raffensperger rigged it to reproduce the same fraudulent, pro-Biden results.

In a joint letter, the Georgia Republican Party and The Donald J. Trump for President Campaign petitioned Raffensperger to honor their original request that he require signatures both on ballot applications and submission envelopes to be matched and verified, which he conveniently left out of his approved audit, recount and recanvas initiative.

“This raises serious concerns as to whether the counties properly conducted signature verification and/or other scrutiny of absentee ballots,” the letter explains. “In fact, it presents the issue of whether some counties conducted any scrutiny at all.”

Even during recount, conservatives were not allowed to watch ballots being counted

Raffensperger ignored a number of other important details as well, including the request that conservatives be allowed to maintain proper access in overseeing the audit process.

The first time around, Republicans were told that they could not be present in certain ballot-counting areas because of the Wuhan coronavirus (Covid-19), an excuse that conveniently precluded any semblance of transparency.

“Your office announced today that the state parties can designate only one reviewer for every 10 audit teams,” the letter laments.

“That makes it impossible for hand count decisions to be reviewed in real-time. One designated monitor cannot observe ten tables at once. Transparency has been a very significant problem during this election.”

What ended up happening the first time around is that reviewers were randomly placed in rooms where they could not even see ballots being counted. In some counties, no election monitors were allowed inside at all.

“Having one monitor for ten audit teams does not allow for transparency,” the letter goes on to explain.

“Simply allowing monitors somewhere in the vicinity of the audit process is not sufficient for proper and meaningful oversight. And it is certainly not meaningful if the monitors are behind obstructions or not even in the same room as the audit teams and the vote review panels.”

Did Georgia hold fake audit, recount just to give the fake news media a headline?

Raffensperger further issued a decree that the audit and recount had to be completed by 5pm on Nov. 13, which was barely 24 hours after he issued his directive in favor of it.

Somehow it was no problem for Georgia to drag its feet for days after Election Day in completing the first fraudulent ballot count. For the recount, however, only one day was allotted to get the job done.

“The purpose of the audit and hand count is to ascertain whether the unofficial tabulations were accurate and conducted in accordance with state law,” the letter explains about how the process was supposed to have gone.

“Only upon completion of the audit and hand count should there be a certification of the results – but not before.”

A proper audit likewise cannot be conducted in just 24 hours, which made Raffensperger’s deadline completely unfeasible. This was obviously intentional, perhaps to give the mainstream media future headlines that declare things like: “Audit, recount in Georgia show Biden won.”

Already, local media outlets are reporting that this fraudulent audit and recount only produced about 2,600 new votes, only some of which were for Trump. Time will tell if attorney Sidney Powell has any more tricks up her sleeve.

You can keep up with the latest election-related news at Trump.news.