Big Tech needs to ramp up their authoritarian censorship and thought-policing or else our democracy will not “work,” so says former President Barack Hussein Obama.

From Vox, “Obama: The internet is ‘the single biggest threat to our democracy'”:

[Obama’s] latest critique comes in a new interview between Obama and Atlantic editor Jeffrey Goldberg, and before we go any further we should put it in full context: Obama was discussing a media landscape dominated not just by Facebook but by Fox News that allows Americans to choose their own distorted reality. Which means, he says, we no longer have a shared set of facts.

[…] Obama: Now you have a situation in which large swaths of the country genuinely believe that the Democratic Party is a front for a pedophile ring…I was talking to a volunteer who was going door-to-door in Philadelphia in low-income African American communities, and was getting questions about QAnon conspiracy theories.

Obama: I think it is the single biggest threat to our democracy. 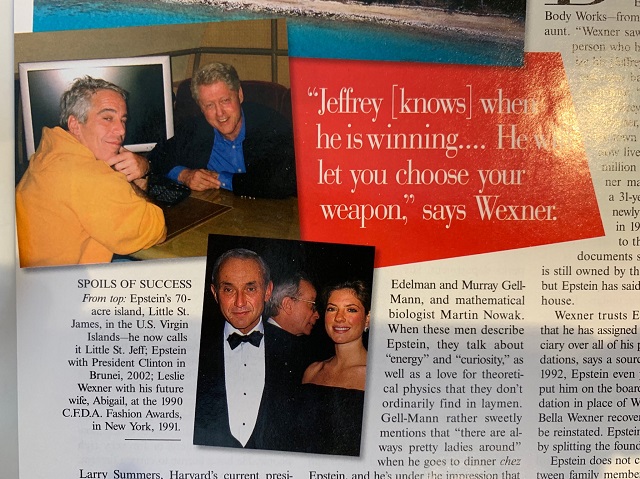 Later in the interview, Obama makes it quite clear that much of his concern is specifically about the internet — which he is also quite clear isn’t “going away” — and the big platforms that sort and distribute most of the internet for most people:

Obama: I don’t hold the tech companies entirely responsible, because this predates social media. It was already there. But social media has turbocharged it. I know most of these folks. I’ve talked to them about it. The degree to which these companies are insisting that they are more like a phone company than they are like The Atlantic, I do not think is tenable. They are making editorial choices, whether they’ve buried them in algorithms or not. The First Amendment doesn’t require private companies to provide a platform for any view that is out there. At the end of the day, we’re going to have to find a combination of government regulations and corporate practices that address this, because it’s going to get worse. If you can perpetrate crazy lies and conspiracy theories just with texts, imagine what you can do when you can make it look like you or me saying anything on video. We’re pretty close to that now…

If globalist media outlets can’t control all human information and decide what is or isn’t “true” or a “fact,” democracy doesn’t work. Americans need a shared set of “facts” given to them by the controlled media
It’s amazing how these leftoids act like social media is still some Wild West even though Big Tech went into censorship overdrive ever since Trump’s victory in 2016.

Facebook’s Mark Zuckerberg, at the demands of the Anti-Defamation League, banned all so-called “Q-Anon conspiracy theories” and Q-Anon accounts (see: people looking into who was behind Jeffrey Epstein) from their site last month.

Zuckerberg also banned all content which depicts “Jewish people running the world or controlling major institutions such as media networks, the economy or the government” as well as all Holocaust denial.

Entire topics are now off-limits on Facebook — for the entire world — and yet we still have people like Obama acting like it’s 2010 and none of this censorship is even happening.