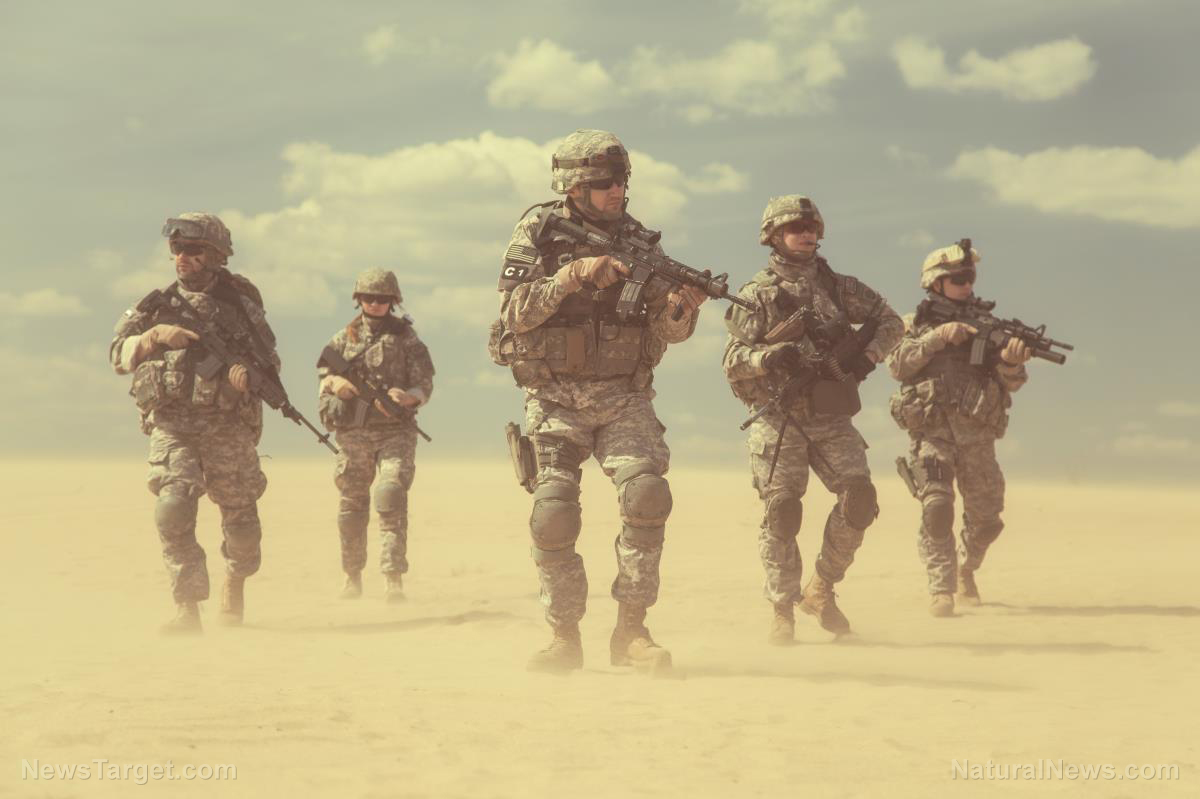 (Natural News) For those who are reluctant to recognize the actions taking place to defend America against both foreign and domestic enemies, a massive change was just put in place at the Department of Defense that proves some additional clues about what’s going down.

Chris Miller, who previously served as the director of the National Counterterrorism Center, described the changes as “tectonic” and as being pursued to “combat transnational threats.”

But he also said something even more interesting:

At the same time, should any maligned actors underestimate our resolve or attempt to undermine our efforts, we will not hesitate to restore deterrents and defeat any and all threats.

As we implement the President’s orders, we also recognize that transitions and campaigns are fraught with risk and unexpected challenges and opportunities. That is why I am here today to announce that I have directed the special operations civilian leadership to report directly to me instead of through the current bureaucrat channels. This historic step finalizes what Congress has authorized and directed and will put Special Operations Command on par with the military services for the first time.

This appears to be a dog whistle to other patriots throughout the DoD, broadcasting the fact that patriots are now in charge at the DoD, and they now directly command U.S. special forces assets. In other words, those assets have just been removed from the control of the deep state swamp bureaucrats that haunt the halls of the Pentagon, rubbing elbows with John Bolton and other swamp slugs in the hope of starting more wars.

Now, many dots are beginning to be connected here, with unconfirmed rumors circulating over the last few days that U.S. Special Forces teams have already arrested certain high-level Democrat and deep state traitors who are behind the recent foreign election interference in the U.S. elections via the Dominion and Scytl voting systems, both of which were rigged to produce a Joe Biden “victory.”

I cover more details about this in my Nov. 16th Daily News Update podcast.

According to recent rumors, U.S. forces raided a server farm in Frankfurt, Germany, taking possession of server data that proves the massive election fraud that was carried out. This means efforts are already under way to gather all the evidence needed to prove treason on the part of those who attempted to steal the election and overthrow the United States government.

Attorney Sidney Powell explains some of what went down on November 3rd during the left-wing election steal in America:

As we have documented in previous articles, the 2020 election took place under a Trump-declared National Emergency which was declared on September 12, 2018 in an Executive Order.

That order, available at Whitehouse.gov, is entitled, “Executive Order on Imposing Certain Sanctions in the Event of Foreign Interference in a United States Election.”

As I explained previously:

In the EO, the President also states that people and organizations located, in part, outside the United States are known to be able to, “interfere in or undermine public confidence in United States elections, including through the unauthorized accessing of election and campaign infrastructure or the covert distribution of propaganda and disinformation.”

The EO further states that this foreign interference in U.S. elections, “constitutes an unusual and extraordinary threat to the national security and foreign policy of the United States.”

The EO gives the U.S. government the authority to seize all assets of any corporation or organization engaged in rigging any national election. This means Trump can now seize Twitter, Facebook, CNN, the New York Times and all the assets of every Democrat involved in election rigging.

But how will the thousands of Democrats, deep staters and treasonous actors who participated in all this election theft actually be arrested and questioned?

Trump already has total authority to secretly arrest domestic enemies under the NDAA, signed into law by Obama

Trump will likely invoke the Insurrection Act, which authorizes military forces to be deployed in the United States to put down acts of open rebellion or insurrection against the United States government. Even without the Insurrection Act, Trump already has the NDAA, the National Defense Authorization Act, which specifically allows the President to use U.S. military forces to arrest and detain enemy combatants even if they are U.S. citizens.

The coordinated election rigging that took place — using technology from Venezuela, servers from Germany and money from Communist China — is of course an act of international warfare against the United States government. All those engaged in these acts are, in fact, enemy combatants even if they are U.S. citizens or lawmakers. They can be arrested by U.S. military personnel, relocated to black sites like GITMO, and interrogated or prosecuted under wartime military law.

Some observers say this process has already begun. This is what we think Sidney Powell meant when she said, “The Kraken was already released several days ago.”

In this emergency podcast update from 24 hours ago, I explain in great detail why it is credible that U.S. military forces have been activated to defend the United States of America against a foreign-instigated election rigging attempt that tried to illegally install Joe Biden as President.

Perhaps this is why Lin Wood says that Joe Biden “and people like him” are going to jail.

Trump doesn’t need the entire DoD to pull this off, you see, and he doesn’t need the DOJ. He doesn’t need police or the National Guard, either. He has command over the many tens of thousands of special forces operators and patriots who have sworn an oath to defend the Unite States Constitution against all enemies, foreign and domestic. President Trump is finally giving those patriot boys a chance to make good on that oath.