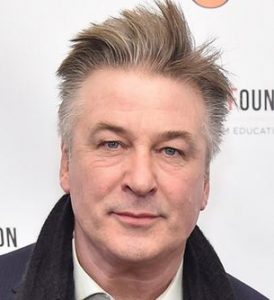 Let me ask our conservative readers this question:

In the 8 long years of the Obama presidency, did you ever wish Barack Obama would die a horrible death, like being boiled in oil or from an incurable virus?

I can honestly say I had not, despite my many policy and value disagreements with Obama or any Democrat.

So what is it with left-wing “elites” who, overflowing with sheer malevolence, issue death wishes on people simply because of policy and ideological differences?

As examples, in the UK, TV broadcaster Terry Christian tweeted that he hoped pro-Brexit voters (called Leavers) would suffer financially and that elderly Leavers would be punished by getting a “good virulent strain” of flu.

Actress Miriam Margoyles, 79, said David Cameron, who was prime minister when a majority of Brits voted to leave the European Union in the 2016 Brexit referendum, “should be boiled in oil.” Despite the referendum, for more than two years parliamentary deadlock repeatedly impeded the ratification of a withdrawal agreement. It took the election in December 2019, in which Boris Johnson and the Conservative Party ran on Brexit, to finally break the deadlock. For his support for Brexit, Margoyles wished that PM Johnson would die from the COVID-19 coronavirus.

In the United States in October 2020, when President Trump was hospitalized with COVID-19, Steve Cox, an Independent candidate running for Congress in California’s 39th District, tweeted that he hoped the President would die from the virus. In fact, so many people flooded social media wishing Trump would die from COVID-19 that Facebook, Twitter and TikTok announced that such posts would be removed for violating their content policies.

The face of evil

The latest “entertainer” to spew his rage and malevolence is actor Alec Baldwin, 62.

In a tweet on November 15, 2020, not content with the media having declared Joe Biden the winner of the 2020 presidential election, Baldwin called for burying President Trump in a Nazi graveyard.

Baldwin followed that with a blasphemous tweet calling Trump supporters insane, in need of “mental care”.

I am reminded of what former FBI agent Larry Grathwohl once said.

Grathwohl infiltrated the Weather Underground, a radical-left Marxist group that was founded in 1969 by Obama pal Bill Ayers and his wife Bernadine Dohrn as a faction of the Students for a Democratic Society (SDS).

In this video, Grathwohl tells us how the members of the Weather Underground (WU) calmly made plans to kill 25 million (their estimate) Americans who they expected would resist reeducation when the WU seized political power.