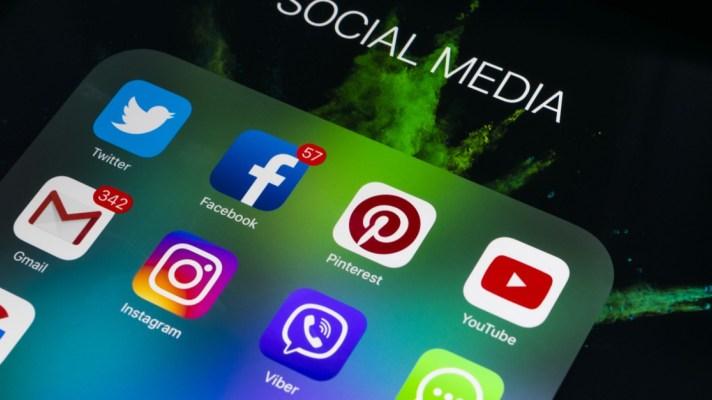 Democrats who want to browbeat (or worse) Trump supporters in Truth and Reconciliation Commissions and silence all dissent from the hard-Left’s agenda know better than to come before America and say, “We want to destroy the First Amendment and stifle the freedom of expression that is the indispensable foundation of any free society.” Instead, they strike a pose of unassailable piety and tell us how victimized groups need to be protected from “hate,” and that “hate speech” must be eradicated. That approach works like a charm: after all, who wants to speak out in favor of “hate speech”? But George Orwell’s 1984 has become the Democrats’ playbook, and the “hate speech” shell game is a quintessential example of how they manipulate language to hide their authoritarian agenda.

Nevertheless, that agenda was unmistakable Monday, when Middle East Eye reported that “Democratic senators are calling on Facebook to ‘do more’ to mitigate the spread of anti-Muslim bigotry, after the social media giant was criticised for failing to address attacks against the faith group on multiple occasions, including the aftermath of the Christchurch shootings.” Fifteen Senators, including Elizabeth Warren and Bernie Sanders, penned a strongly-worded letter to Facebook top dog Mark Zuckerberg, telling him that Facebook “needed to immediately enforce its community standards to address anti-Muslim hate and ban the use of event pages for the purpose of ‘harassment, organizing, and violence’ against the Muslim community.”

Who could be against such a thing, right? No one is in favor of bigotry, particularly when these “attacks against the faith group” have led to violence, as in the Christchurch shootings. No one is in favor of “harassment, organizing, and violence,” whether against the Muslim community or anyone else. So these fifteen Senators are on the side of the angels, are they not?

The letter graciously acknowledged that “Facebook has announced efforts to address its role in the distribution of anti-Muslim content in some of these areas.” However, not enough has been done: “Nevertheless, it is not clear that the company is meaningfully better positioned to prevent further human rights abuses and violence against Muslim minorities today.”

Farhana Khera of the activist group Muslim Advocates stated that more needed to be done: “Since 2015, Muslim Advocates had warned Facebook that the platform’s event pages were being used by violent militias and white nationalists to organize armed rallies at mosques. We need to know what Facebook plans to do to end the anti-Muslim hate and violence enabled by their platform – and end it now.”

Incitement to violence against any group should always be blocked. The problem with all this is encapsulated in Khera’s formulation “anti-Muslim hate and violence.” Islamic advocacy groups and their allies in the West have for years falsely claimed that any honest discussion of the motivating ideology behind jihad violence constituted “anti-Muslim hate.” As a result, Facebook has already taken decisive steps to render such discussion virtually impossible to find. Back in July 2017, Facebook’s Vice President Joel Kaplan traveled to Pakistan to assure the Pakistani government that it would remove “anti-Islam” material. What is “anti-Islam” material? As far as Muslim Advocates is concerned, it is anything that discusses how jihad terrorists use the texts and teachings of Islam to justify violence and make recruits among peaceful Muslims.

This is clear from an October 19, 2011 letter from Khera to John Brennan, who was then the Assistant to the President on National Security for Homeland Security and Counterterrorism and later head of the CIA. The letter was signed not just by Khera, but by the leaders of virtually all the significant Islamic groups in the United States: 57 Muslim, Arab, and South Asian organizations, many with ties to Hamas and the Muslim Brotherhood, including the Council on American-Islamic Relations (CAIR), the Islamic Society of North America (ISNA), the Muslim American Society (MAS), the Islamic Circle of North America (ICNA), Islamic Relief USA; and the Muslim Public Affairs Council (MPAC).

The letter denounced what it characterized as U.S. government agencies’ “use of biased, false and highly offensive training materials about Muslims and Islam.” Despite the factual accuracy of the material about which they were complaining, the Muslim groups demanded that the task force “purge all federal government training materials of biased materials”; “implement a mandatory re-training program for FBI agents, U.S. Army officers, and all federal, state and local law enforcement who have been subjected to biased training”; and more—to ensure that all that law enforcement officials would learn about Islam and jihad would be what the signatories wanted them to learn.

Numerous books and presentations that gave a perfectly accurate view of Islam and jihad were removed from counterterror training. Today this is still the entrenched policy of the U.S. government, at least among the deep state.

And now, if Warren and Sanders get their way, Facebook will enable a further blackout of the truth, and a new assault on the freedom of speech. It’s an auspicious way to usher in the Biden/Harris era (if we do).