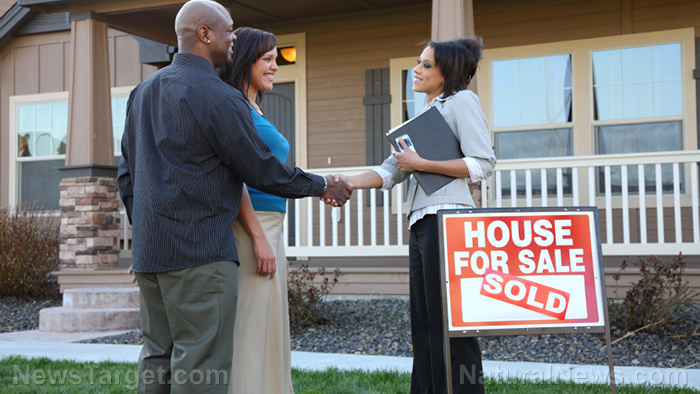 (Natural News) To ensure that the nation’s realtors are politically correct at all times, the National Association of Realtors (NAR) has announced that its members must now adhere to a new speech code that prohibits anything that might be considered “hateful.”

While the NAR has long required its members to behave professionally while on the job, its new “Standard of Practice,” known as 10-5, will require the same while realtors are off-duty – meaning their entire lives will be policed in accordance with the approved new speech code.

“Additionally, the recommendations propose changes to professional standards policy to expand the Code of Ethics’ applicability to all of a REALTOR®’s activities, not just those that are real estate-related.”

In other words, if a realtor is having dinner with friends and speaking privately to them, he or she could be punished if anything stated inadvertently “offends” someone else – even if it is taken out of context.

The goal, of course, is to ensure that realtors are selling as many houses as possible and raking in the most amount of dough for the NAR, which recently launched a “That’s Who We R” ad campaign in promotion of the new speech code.

“Whatever it takes to get that ‘SOLD!’ sign!” joked Not the Bee.

The National Association of Realtors rejects the First Amendment

While the NAR is not a government agency with any type of enforcement power, it is the nation’s largest trade association. The NAR also holds enormous sway over various state licensing boards to the point that “bad actors” can very quickly and easily be blacklisted for non-compliance.

“If you don’t comply with the new speech codes, you risk being reported as a bigot to your state licensing board which determines whether or not you can continue to work as a real estate agent,” notes Not the Bee.

The NAR revealed much the same in an announcement explaining that associations will be required to share with state real estate licensing authorities their final ethics decisions, holding realtors in violation of the Code of Ethics “in instances where there is reason to believe the public trust, as expanded by the proposed revision, may have been violated.”

It is almost like Big Tech constantly censoring content that people find “offensive,” except in this case it is a behemoth entity holding realtors accountable for everything they do in all areas of their lives.

As you may have figured out already, Black Lives Matter (BLM) is largely behind the changes, as it has been pressuring groups like the NAR to make dramatic policy changes in response to the reported death of George Floyd.

“Discussions started in the wake of nationwide social unrest after the death of George Floyd and after local, state, and national REALTOR® associations fielded an ‘unprecedented’ number of complaints about members posting hate speech on social media.”

“Hate speech,” as we have covered, typically includes anything that upsets liberals and “people of color.” Bashing Christians, conservatives and white people online is totally acceptable, on the other hand.

In the NAR’s frequently asked questions (FAQ) section, a question is posed about what happens in the event that a realtor posts an opinion online that someone does not agree with. Would this cost a realtor his or her membership and force that individual out of the business?

The NAR’s answer is basically yes, though it took dozens of confusing words to make it not sound like the censorship that it actually is.

For more related news about the abolishment of the First Amendment, be sure to check out PoliticalCorrectness.news.