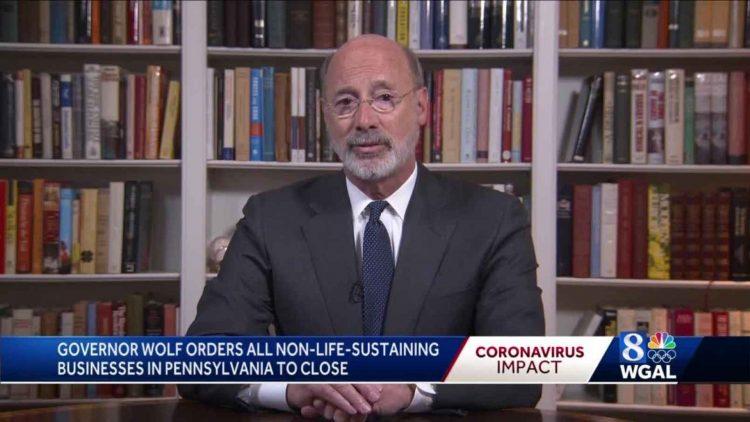 On the 25th, Judge Patricia McCullough ordered a halt to further certification actions by Pennsylvania. The issue is the core of the case, Governor Wolf’s illegal expansion of mail-in voting, The PA Supreme Court’s decision is inevitably, but state legislators have introduced a resolution asking that certification be withdrawn.

And asking Congress to declare the election in dispute.

As discussed before, the conflict here is between PA law and unilateral moves by Wolf and Democrat authorities.

WHEREAS, officials in the Executive and Judicial Branches of the Commonwealth infringed upon the General Assembly’s authority under the United States Constitution by unlawfully changing the rules governing the November 3, 2020 election in the Commonwealth; and

WHEREAS, on September 17, 2020, less than seven weeks before the November 3, 2020 election, the partisan majority on the Supreme Court of the Commonwealth of Pennsylvania unlawfully and unilaterally extended the deadline for mail-in ballots to be received, mandated that ballots mailed without a postmark would be presumed to be received timely, and could be accepted without a verified voter signature; and

WHEREAS, on October 23, 2020, less than two weeks before the November 3, 2020 election and upon a petition from the Secretary of the Commonwealth, the Supreme Court of the Commonwealth of Pennsylvania ruled that mail-in ballots need not authenticate signatures for mail-in ballots, thereby treating in-person and mail-in voters dissimilarly and eliminating a critical safeguard against potential election crime; and

WHEREAS, on November 2, 2020, the night before the November 3, 2020 election and prior to the prescribed time for pre-canvassing mail-in ballots, the office of the Secretary of the Commonwealth encouraged certain counties to notify party and candidate representatives of mail-in voters whose ballots contained defects; and

… this really contains the core of the case.

TRENDING:  The Rapture, Donald Trump, Hillary Clinton And 50 Other Excuses People Use For Not Prepping

The legal problem continues to fall into the “whatcha gonna do about it” category with a federal appeals court declaring it’s not their problem and the same state supreme court that behaved corruptly continuing to double down. As discussed in a previous post, can a state collude to steal votes in a presidential election.

THEREFORE, be it RESOLVED that the Pennsylvania House of Representatives—

1. Recognizes substantial irregularities and improprieties associated with mail-in balloting, pre-canvassing, and canvassing during the November 3, 2020 election; and

2. Disapproves of the infringement on the General Assembly’s authority pursuant to the United States Constitution to regulate elections; and

3. Disapproves of and disagrees with the Secretary of the Commonwealth’s premature certification of the results of the November 3, 2020 election regarding presidential electors; and

4. Declares that the selection of presidential electors and other statewide electoral contest results in this Commonwealth is in dispute; and

5. Urges the Secretary of the Commonwealth and the Governor to withdraw or vacate the certification of presidential electors and to delay certification of results in other statewide electoral contests voted on at the 2020 General Election; and

6. Urges the United States Congress to declare the selection of presidential electors in this Commonwealth to be in dispute.

It goes without saying that Governor Wolf. and Co. are not about to back down. But their abuses have, as a matter of fact, put the election in dispute. But the question is still, “whatcha gonna do about it”. That’s essentially the Democrat legal argument combined with a lot of empty pulpit-pounding about disenfranchisement.