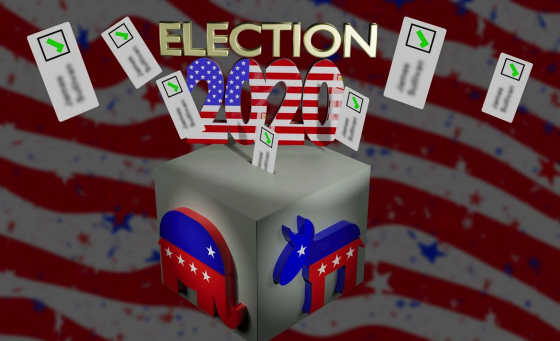 A trucker turned whistleblower has come forward to testify about the election fraud. He testified that almost 300,000 ballots were inside his trailer that vanished from a Pennsylvania lot, even as the United States attorney general said the Department of Justice had seen no evidence of significant fraud so far.

Jesse Morgan, a truck driver with USPS subcontractor says he was suspicious of his cargo load of 288,000 COMPLETED ballots: “I was driving completed ballots from New York to Pennsylvania. I didn’t know, so I decided to speak up.” pic.twitter.com/YYIiZL1V55

The mainstream media also continues to propagate the idea that Joe Biden has won the election even though cases are still being heard and ballots are still being sorted out amongst the latest case of election fraud in U.S. history.  Social media giants are also continuing to label tweets exposing this fraud as “fake” or “disputed.”

Americans Are CONSTANTLY BOMBARDED With Propaganda

Hope everybody is watching @OANN right now. Other media afraid to show. People are coming forward like never before. Large truck carrying hundreds of thousands of fraudulent (FAKE) ballots to a voting center? TERRIBLE – SAVE AMERICA!

Amistad Project Director Phill Kline says his group has collected sworn expert testimony alleging that“over 300,000 ballots are at issue in Arizona, 548,000 in Michigan, 204,000 in Georgia, and over 121,000 in Pennsylvania.” The FBI has requested access to their data analysis, Kline noted previously.

Kline’s claims have received remarkably little media attention, unlike the statement of US Attorney General Bill Barr to AP earlier on Tuesday that the Department of Justice has “not seen fraud on a scale that could have affected a different outcome in the election,” according to a report by RT.

Instead of investigating the claims made by Donald Trump and his campaign, the mainstream media and social media continue to label the ongoing election fraud as “baseless.”  If this swings the other way, which is still likely, the mainstream media will lose whatever credibility is remaining.

Back in September, we noticed that Trump was already prepared to take the election fraud all the way to the Supreme Court.

Trump Vows To Take Election Decision To The Supreme Court