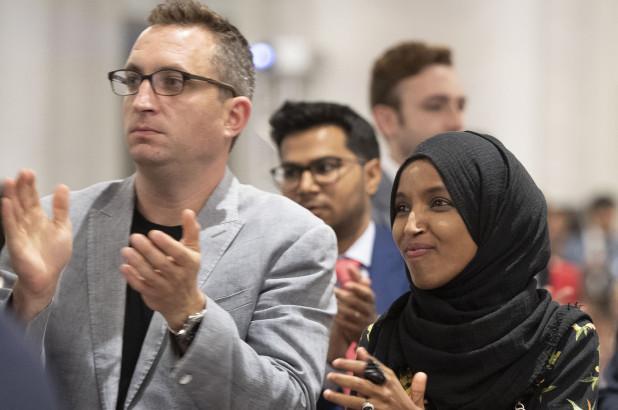 The E Street Group, a D.C.-based company run by Mynett and Will Hailer, received $134,800 in Paycheck Protection Program loans and $500,000 in Economic Injury Disaster loans, new data show. Both funds were established to help small businesses cope with the economic downturn caused by the coronavirus pandemic.

Mynett’s firm, whose LinkedIn page says it has between 11 and 50 employees, received the aid as it was being showered with cash from Omar’s campaign. Throughout the 2020 election cycle, Omar’s campaign steered nearly $3 million to the E Street Group to cover advertisements, consulting, travel expenses, and production costs. It was by far the campaign’s largest vendor.

PPP loans were meant to help organizations keep paying their employees.  Economic Injury Disaster loans, the bulk of the E Street Group cash, was meant for organizations experiencing, in the SBA’s words, a “downturn in revenue”.

Specifically, they had to have, “suffered working capital losses due to the coronavirus pandemic, not due to a downturn in the economy or other reasons”.

The Free Beacon report appears to document a thriving business swimming in cash from Rep. Omar and other lefties. Beyond that, a baseline question is how exactly a political consultancy would have suffered a downturn in revenue during an election year.

Conventional non-profits who live and die by donations might have, but there’s no sign that the cash ever stopped flying to Omar or to E Street Group. Omar raised a ton of money this election cycle and passed a lot of it over to E Street Group.

The EDL loans are supposed to cover “six months of working capital”. That would mean E Street Group was going through $1 million a year for working capital, while at the same time was receiving a sizable cash influx from politician campaigns that was far in excess of that.

This represents another angle for those investigating Omar’s interesting financial situation.