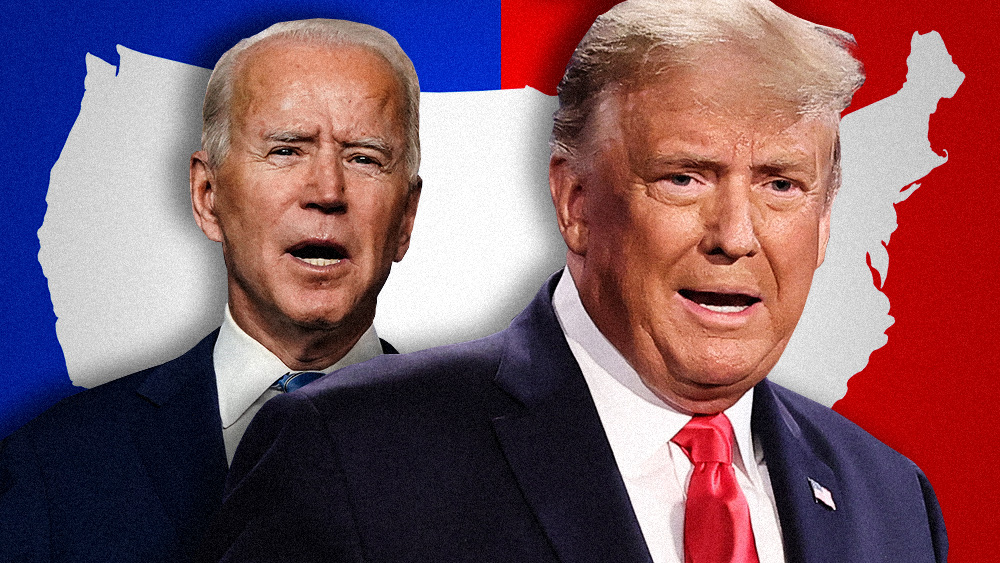 (Natural News) Today’s Situation Update covers the bombshells now getting catapulted into the election battle, with a legal analyst revealing that the U.S. Supreme Court has already ruled in 1997 (Foster v Love) that all ballots received after midnight of Election Day are null and void.

This means the vote stuffing, early morning rigging and subsequent ballot “discovery” schemes by the Democrats are all unconstitutional and therefore null and void.

It also means that all the swing states which simultaneously paused their ballot counting on the evening of Nov. 3rd, deliberately allowing post-election ballot fraud to take place, shall have their own elections nullified, along with all their electoral votes.

Once presented with this information — which apparently just got activated with a surprise Texas lawsuit filed with SCOTUS before midnight last night — the U.S. Supreme Court must rule that those swing states must now use their state legislators to appoint electors rather than relying on the fraudulent, nullified, rigged elections that used Dominion Voting Systems.

The voters vote.  The officials count.  These combined actions form “the election,” and the election must be decided on the day.  States that failed to make a final selection of officeholder by midnight after Election Day have violated the statute, subjecting the nation at large to the very evils Congressionally mandated deadlines were drafted to prevent.

To remedy this situation, a person or State merely needs to ask the US Supreme Court to remedy the violation by nullifying the votes of states which attempted to commit election fraud by extending election “day” to election “weeks.” As Jander explains:

Then, late last night, Texas filed what appears to be precisely the lawsuit (directly with SCOTUS) that could give the high court an opportunity to rule the late elections to be null and void. As Breitbart.com explains:

The State of Texas filed a lawsuit directly with the U.S. Supreme Court shortly before midnight on Monday challenging the election procedures in Georgia, Michigan, Pennsylvania, and Wisconsin on the grounds that they violate the Constitution.

Texas is asking the Supreme Court to order the states to allow their legislatures to appoint their electors.

While lawsuits from individuals must first go through lower courts, when states sue other statues, the proper venue is the US Supreme Court.

Yesterday Trump said, “Big Things Happening Over the Next Couple of Days”

He was right. A big thing already happened with the Texas lawsuit. Is there more to come?

Follow all Situation Updates (one each day) at the Health Ranger Report channel on Brighteon.com:

– Evidence of vote switching from Trump to Biden is now secured on the Dominion machines in Georgia. Georgia’s election is null and void.

A Michigan homeowner says he was targeted in a middle of the night bomb attack which left a hole in his living room likely because he is a well-known Trump supporter. He also has multiple pro-Trump signs and banners on his front yard.

– Many “elected” officials were never actually elected. We need to VACATE many members of Congress and hold new elections, with paper ballots and nationwide voter ID.

– Sidney Powell: Dems have been stealing elections for years – WeLoveTrump.com

Sidney Powell: “There is no telling how many Congressional & Senate seats, and even Governorships, we’ve lost because of this [election fraud]. They’ve been telling us that the country has been trending blue. It has not. That is an abject lie. We’ve collected the data… “American elections have been just as rigged as elections in third world countries.”