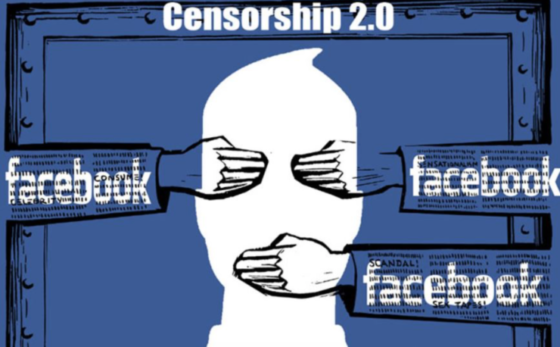 The fact-checkers are finally being exposed! Facebook’s “independent” fact-checker (who suggests which posts get censored and removed) has been exposed as not being “independent.” In fact, she’s a Hillary Clinton supporter.

International Fact-Checking Network certifier and American University School of Communication professor Margot Susca is unashamedly politically biased but she was responsible for issuing 19 fact-check licenses or reviews for organizations to become fact-checkers, according to Sky News.

Facebook fact-checkers have been hired and given extraordinary powers to censor news stories they disagree with, demonetize news organizations, and ban news outlets entirely. And they are far from “independent,” by any sense of the word.

Susca has issued “licenses” to “fact check” to outlets such as This includes the Associated Press, Check Your Fact, Decrypteurs, Lead Stories, Media Wise, and The Dispatch. She has also appeared on Russia Today to criticize President Trump and has tweeted that it would be a “dereliction of duty” to broadcast his speeches, reported Sky News. In 2019, Susca posted a happy snap with failed presidential candidate Hillary Clinton where she admitted “I’ve been on Team Hillary since 08 tbh” and said she was disappointed her likability did not resonate with the public in 2016. “My boyfriend was her nuclear policy fellow for a year when she was in the Senate,” she wrote. “Says she’s the smartest, wittiest, most likable person. It just never came through I guess. So Fucking sad.”

Facebook Vows To Ramp Up Censorship Of Vaccine Information

People are finally realizing that fact-checkers don’t actually do any fact-checking.  They simply censor ideas that go against their narrative and try to keep information that doesn’t fit the official narrative of slavery and control from the minds of public. We knew this from the beginning, though.

“Censorship is to society as cancer is to the human body.” -Brain, High Impact TV