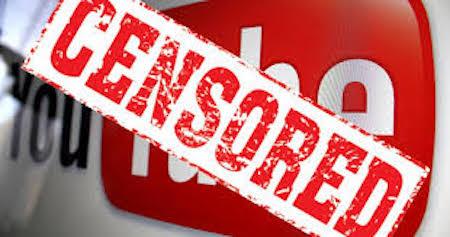 YouTube, in submission to Communist China’s preferences, announced they will be censoring all videos about 2020 Election Fraud.

YouTube – the Google-owned video platform making headlines for vowing to censor all content flagging “election fraud or errors” – employs software engineers with ties to the Chinese Communist Party, The National Pulse can reveal.

A host of software engineers for the platform have formerly worked for Chinese Communist Party-run institutions, raising the question as to why a revolving door exists between YouTube and the China-based universities.

A software engineer for the video platform since May of 2019,Tai Jinjiang, previously worked as a project manager for Guanghzou Shian Technology.

Jinjiang detailed his work for the China-based firm as playing a “major role in successful PLA certification of ShiAn terminal by Ministry of Public Security, State Secrecy Bureau, and IT Evaluation Center.”

In other words, Jinjiang led software efforts on behalf of the PLA – appearing to reference China’s People’s Liberation Army – and a host of Chinese government-led intelligence bodies. What’s more, he notes he “garnered numerous staff awards for excellent performance.” 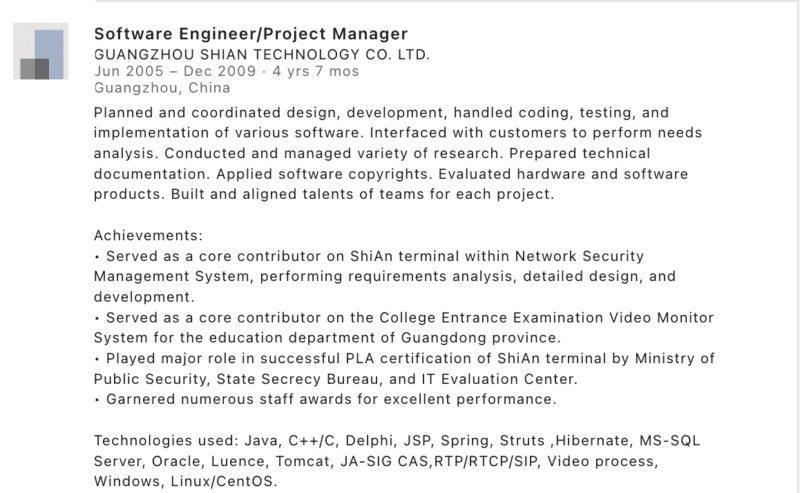 Additionally, Xiao Chen – who lists himself as a software engineer at YouTube since November of 2020 – previously served as a Research Assistant at Sun Yat-Sen University.

The university – which recently dispatched a researcher to the U.S. who pleaded guilty to lying to the Federal Bureau of Investigation (FBI) over ties to China – has also seen its Supercomputing Center on the U.S. government’s entity list since 2015 – a “list of people and companies the U.S. government deems a national security risk.” 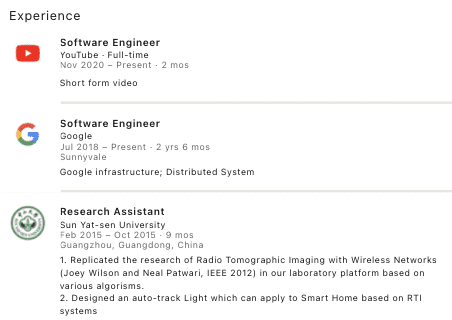 Another software engineer, Xifei Huang, has worked at YouTube since February 2014 despite previously working as a Developer for Beijing-based Peking University. 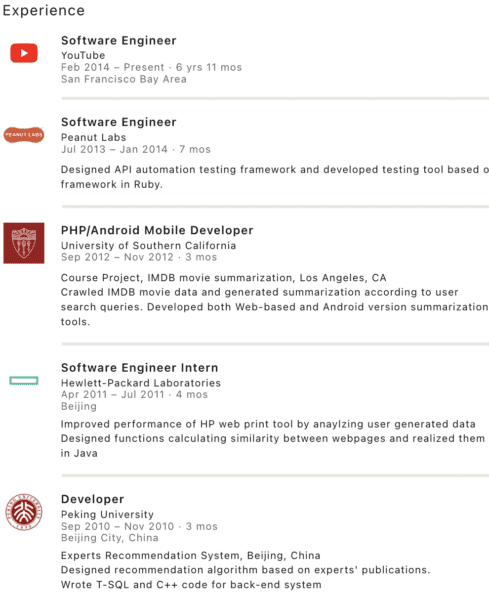 The university also counts former and current party apparatchiks among its leadership, including its leader: a former head of the country’s spy agency’s Beijing branch.

Fan Yang, another YouTube software engineer since April 2017, interned for China Telecom, labeled by the U.S. Department of Defense as collaborating with the Chinese military for over two decades.

Yang later served as a research assistant at Fudan University, which recently cut “freedom of thought” from its charter under Chinese Communist Party demands. During Yang’s Fudan stint, five Chinese military-linked hackers based out of Fudan University were indicted for stealing U.S. secrets. 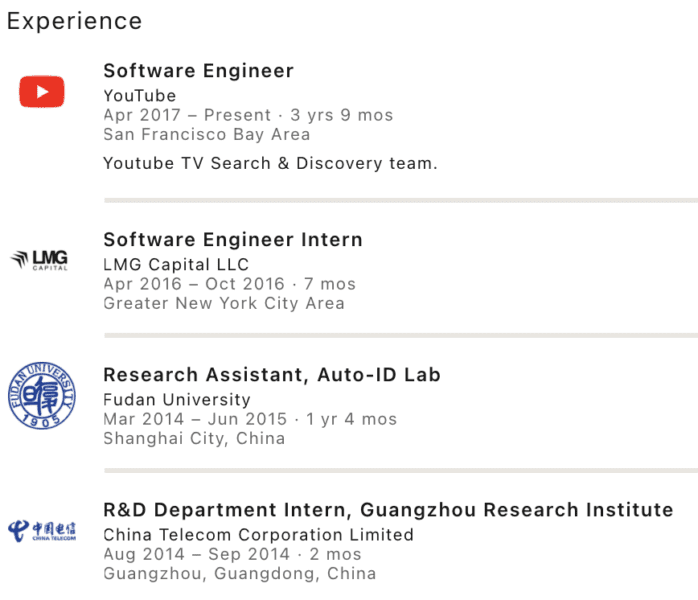 The unearthed ties cast YouTube’s decision to ban all content disputing a victory for Joe Biden – the Chinese Communist Party’s preferred candidate – in an interesting light. It similarly calls into question reports of YouTube automatically deleting Chinese-language phrases critical of the Chinese Communist Party, which the platformer attributed to “an error in our enforcement systems.”