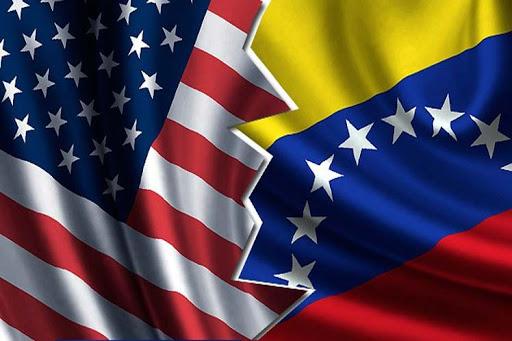 It doesn’t take a Ph.D. in Political Science to realize the 2020 Presidential elections were rigged to the max. Observing the primary campaigns and the general campaigns alone were enough to convince most of this fact.

There is no way that Joe Biden could have legitimately defeated Bernie Sanders in the primaries. Just observing their pre-covid-19 campaign rallies with Sanders drawing huge crowds while one could almost count the people at a Biden rally using ten fingers, most of us knew Sanders was the guy to beat. Since Sanders is a self-proclaimed Socialist, the powers behind the scenes could not have that and opted to choose the candidate they wanted to run against President Trump which was Biden who they wanted to paint as the most moderate of all the candidates.  Based on popularity, Biden should not have made it past the primaries.

The same goes for the general presidential election where based on popularity, there was no way Biden could have generated the millions of votes he supposedly did. This, on top of the fact that his pick for Vice President, Kamala Harris, was so unpopular with voters, she had to drop out of the primaries before voting started due to lack of funding. The powers behind the scenes could not have that and opted to choose the candidate they wanted to run against President Trump, which was Biden, who they wanted to paint as the most moderate of all the candidates.

It is not possible that a president as popular as Donald Trump, who generated football stadium-size crowds at every rally, lost to a man who hardly did any campaigning and when he did, he wasn’t cognitive enough to go without gaffe-filled speeches.

The times Biden appears to be completely normal in speeches, such as his nomination speech, during the debates, and after his apparent presidential win, is due to him being injected with certain drugs that improve the thought process via stimulating the Central Nervous System for short periods of time.

Being a former VP, Biden would easily have access to such mind improving drugs.  The only problem is they only last for a few hours at most and cannot be given on a continuous basis, due to severe related health issues and possible death.

Thus, the odds of a man like Biden winning the election against such a popular president and being in a poor mental state he surely is, is absolutely nil.

One only has to look at the numbers of certain states such as Michigan and Pennsylvania, for example, to realize that the fix was in for Biden.

Tabulating to 289,598 more registered voters than people over 18 and eligible to vote, not to mention not everyone 18 years old is registered to vote.

Here is a very interesting look at Pennsylvania, the first tabulation was taken a few days after the 2020 Presidential election, showing nearly a million more voters than there are people over the age of 18 years and eligible to vote in that state. The information was obtained from the Pennsylvania Department of State and Census.gov.

This next check of Pennsylvania, made about 7 days later using the same sources, shows a totally different picture of registered voters versus actual votes.

Now we have over a million more people over the age of 18 years and eligible to vote than just a week earlier, using the same sources of information. This is a clear coordinated effort to cover up the discrepancy from only a week earlier.

Then we have the Dominion voting machines where actual votes for President Trump were flipped to show a vote for Biden. Rock County is an excellent example of votes being switched from the President to Joe Biden. On election night at 11:21 PM, President Trump had 46,649 votes to Biden’s 37,133 votes showing the President with a 9,516-vote lead. However, at 11:57 PM the votes were suddenly switched showing Biden with the exact number of votes President Trump had only a few minutes earlier, giving him the 9,516 lead in the vote count.

The results of the 2020 Presidential election must not be allowed to stand or we have lost the country to a coup perpetrated by Nazi Based Socialist insurgents, masquerading as elected officials.

Tony is an established writer with articles in over 20 publications of differing topics Political Commentary Columnist for the Cimarron News Press in Cimarron, New Mexico from 2001 to 2003 generating the controversy I was hired for. I also was a regular writer for several small coastal newspapers in Southern Oregon during the early 1990’s. BOOKS: Aura Visions: The Origin Prophecy, Enviroclowns: The Climate Change Circus, Strange Sounds: A Research Report
Share
Tweet
Share
Pin