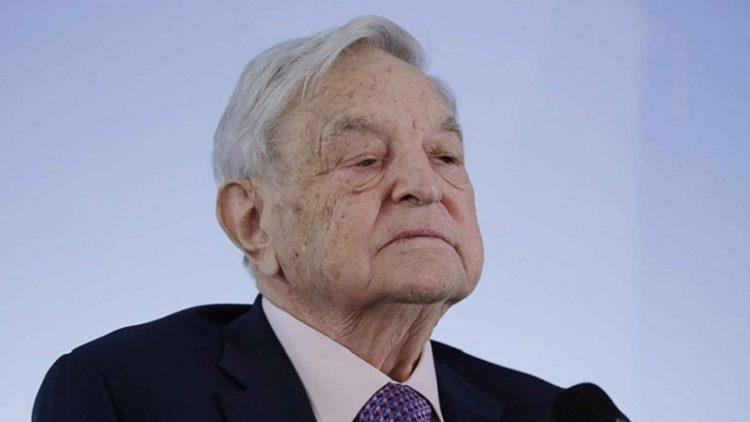 George Soros is one of the biggest funders of the anti-male movement, even though the Hungarian billionaire whose past includes accusations of Nazi collaboration, has a troubled history with women. Five years ago, Adriana Ferreyr, his 30-year old ex-girlfriend, sued the financier, accusing him of assault and battery. Soros’ issues with women crossed over into his political activism when he blasted Democrats who had taken a stand against Franken’s groping.

“There’s only one whom I would not like to see succeed, and that’s Gillibrand of New York because she is responsible for pushing the comedian Al Franken, whom I admire, to resign,” he groused.

Franken had been accused of groping eight women at an Obama inauguration party, a Democrat fundraiser, the Minnesota Women’s Political Caucus, and on USO tours.

One of Franken’s accusers quoted him as saying, “It’s my right as an entertainer.”

And then there was the former Soros Fund Portfolio manager who was accused of assaulting women in his sex dungeon while screaming that he would, “rape you like I rape my daughter.”

The inevitable next step was to start funding the Institute for Research on Male Supremacism.

The Institute for Research on Male Supremacism is entangled with UC Berkeley’s Center for Right-Wing Studies. Despite the use of “institute” and “studies” in their names, both would be more accurately referred to as hate groups. Academic organizations that study the Left or oppressed groups have nothing but good things to say about them. The Center for Right-Wing Studies has nothing but bad things to say about the subject it claims to be studying.

The Center for Right-Wing Studies has run into trouble because the anti-conservative hate group is a component of the Institute for the Study of Societal Issues which Berkely wants to shut down. That would interfere with such important projects as Marxism Engages Bourdieu. But at least ISSI is somewhat less obsessed with classical Marxism than its predecessor, The Institute for the Study of Social Change, instead, it focuses on the Marxism of identity politics.

Recently, Tina Sacks, the Chair of the Center for Research on Social Change, suggested that Senator Kamala Harris’ success can be attributed to “the fact that she is not a direct descendant of American slavery may have made the white establishment feel more comfortable with her.”

While ISSI may be struggling, Alex DiBranco, the founder and executive director of the Institute for Research on Male Supremacism, is a fellow of the Dangerous Speech Project. And the Project is funded by the usual suspects, the Ford Foundation, the MacArthur Foundation, and Soros’ Open Society Foundation. Along with taxpayers through the Institute for Peace.

What are DiBranco’s qualifications for studying the inimintable evil that is the male sex? She did have high honors in creative writing for her BA in English from Dartmouth and her bio lists 7 years as a Sociology PhD candidate investigating the evils of the conservative movement.

At some point, she decided that “male supremacism should be studied as a similar phenomenon to white supremacism and anti-Semitism”.

And here we are.

Before settling on fighting “male supremacism”, DiBranco slithered through the Center for American Progress, another Soros operation.

The Institute for Research on Male Supremacism has 6 founders, 5 of them female: apparently, the IRSM isn’t very interested in male perspectives on “male supremacism”.

There are also another 20 experts ready to be interviewed about male supremacism.

What amazing insights about male evil has the “Institute” produced from this giant staff? Its only listed publications are 5 papers by DiBranco, one of which claims that libertarian feminists allied with President Trump to promote “rape culture” while another contends that “male supremacist terrorism” is a rising threat. Valerie Solanas and SCUM apparently just can’t keep up.

Meanwhile, the president and veep of the Open Society Foundation are both men. All the past presidents of the OSF have also been men. The Open Society Institute’s board consists of 10 men and 3 women. And one of those women, Andrea Soros Colombel, is Soros’ daughter.

The Institute for Research on Male Supremacism is not especially effective. Its Giving Tuesday campaign attempting to raise $1,950 only managed 3 contributions totaling a miserable $140.

And the “protections” for scholars “doing vital work on male supremacism” may not happen.

While it’s easy enough to dismiss the Institute for Research on Male Supremacism as laughable, its content has been incorporated into the Southern Poverty Law Center, and it’s another in the almost endless organizations being spawned by divisive identity politics.

Identity politics was never meant to provide equality, but to manufacture endless division. Its creeds demonize and criminalize huge segments of the population, white people, men, married couples, and parents, not because they’re oppressors, but because divisiveness is the point.

The Institute for Research on Male Supremacism claims to be studying “male supremacist” violence and extremism, but identity politics is a radicalization and indoctrination tool.

Identity politics on college campuses seeks to identify emotionally vulnerable students, recruit and radicalize them into a worldview in which they are the victims who must fight for justice. The Black Lives Matter riots whose participants included young men and women of all races showed just how easily campus radicalism and the entertainment industry’s culture war tip into violence.

All the various supremacisms are refinements of identity politics that do away with the nuances of intersectionality and plunge directly into the duality of identity superiority and inferiority.

There’s no better way to tear apart a country, inspire terrorism, or destroy any sense of unity.

It’s not hard to understand why emotionally vulnerable young adults would join movements that tell them their doubt, uncertainty, and pain are the product of a Marxist clash between the oppressors and the oppressed that can be overturned with enough activism, anger, and conflict.

There’s less of a difference between domestic ISIS suicide bombers, alt-right synagogue shooters, and Black Lives Matter rioters than we would like to think. They’ve all been indoctrinated, online or in school, into an ideology that weaponizes their pain and anger.

The real problem is that two out of three of these ideologies operate freely on college campuses and radicalize new recruits using taxpayer funds and student fees.

A new generation of identity politics terrorists was created on campuses and unleashed in major cities this summer. Meanwhile, the funders and institutions behind that political terror are trying to criminalize the race and sex of half the country. That enterprise can only end badly.

And who better to fund research on the evils of men than a man who admires a serial groper?