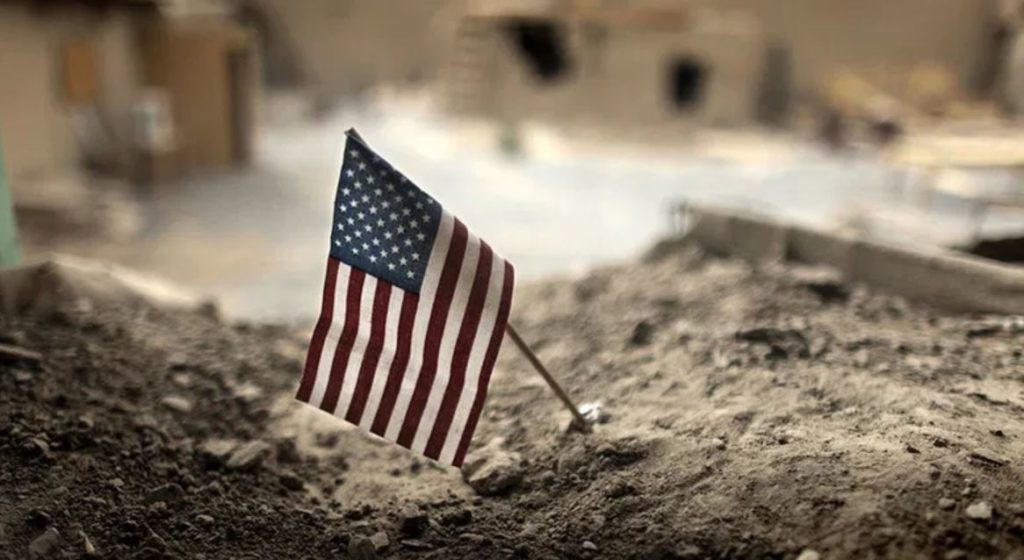 The U.S. Senate recently voted 84 to 13 in favor of the 2021 version of the annual military budget, the National Defense Authorization Act (NDAA). The Senate’s vote follows a 335 to 78 vote by the House of Representatives. Despite promises of a veto from Donald Trump, the bill currently has a veto-proof two-thirds majority in both the House and Senate. Trump has until December 23rd to decide if he try to veto the $740.5 billion bill.

Most of the media discussion about the 2021 NDAA has revolved around two issues: Trump’s opposition to renaming military bases named after Confederate war heroes and the battle over Section 230 of the Communication Act.

Trump has stated that his admin “will not even consider the renaming of these Magnificent and Fabled Military Installations”. He also threatened to veto the massive spending bill if Section 230 of the Communication Act was not “completely terminated” to allow internet providers and Big Tech companies like Facebook and Twitter to be held legally liable for the content on their websites. Trump has argued the social media giants should be treated like publishers to reduce online censorship or deletion of content falsely labeled “misinformation”.

While the discussions about the names of military bases and Section 230 arguably have their place in a discussion on the 2021 NDAA, an exclusive focus on these topics ignores troubling concerns in the remainder of the bill.

White House Press Secretary Kayleigh McEnany stated that Trump is concerned about a provision in the bill relating to troop withdrawal and deployment in Afghanistan, South Korea, and Germany. The NDAA includes amendments that seek to block planned troop drawdowns from Afghanistan and Germany. If these new amendments are included in the bill it would require a review from several government agencies prior to any future troop withdrawals.

On December 10, Senator Rand Paul spoke out about provisions in the NDAA 2021, stating that the new bill would prevent future presidents from being able to withdraw troops without consulting with Congress first. Paul said these provisions would prolong the failed War on Terror.

Another product of the War on Terror (aka the War on Freedom) is a provision contained in the NDAA which was originally included in the 2011 version of the bill. Some readers may recall that since 2011 the NDAA has included a provision which allows for indefinite detention of American citizens without a right to trial. The bill was signed into law by former President Obama and the indefinite detention provision is still contained in the NDAA, having been approved by Congress every year since it first passed.

When the indefinite detention clause was first included there were many mainstream news reports discussing the dangerous potential for the provision. There were dozens of politicians speaking out and even a federal lawsuit that ultimately failed to remove the provision. However, as we approach 2021 there is hardly a mention of the indefinite detention clause anywhere in corporate media. Unfortunately, there appears to be very few in the political world willing to speak up about the issue.

One of the few to speak up during the recent round of voting is Justin Amash, a Libertarian representing Michigan’s 3rd Congressional District. Amash has consistently spoken out against the indefinite detention clause. On December 8, he spoke out again, tweeting, “Voted no on the NDAA. Voted no on all the NDAAs. Bring home the troops. Stop indefinite detention without charge or trial. Fight the military-industrial complex.”

Without a proper understanding that the NDAA is the ever-growing blank check for the military industrial complex that allows for indefinite detention of Americans, the public is hopelessly lost. Until the general public is aware of the danger of these measures they will continue to be lied to and manipulated by a government and media desperate to continue the war machine.

While the corporate media is playing out a fake drama – will Trump really veto the NDAA?? – there is no mention of the fact that American citizens are still susceptible to indefinite detention (no trial, no jury) if accused of “terrorism”, and there is an even bigger threat to American’s privacy and liberty.

Due to the fact that the annual NDAA is a must-pass bill, many politicians attach their own pet projects under the assumption that the bill would never be rejected by any “patriotic” American – or a politician who does not want to be labeled “anti-American”. The 2021 NDAA includes dozens of new initiatives and updates to existing departments related to the growth of Artificial Intelligence (AI).

“The bill also features changes to cyber policy for the military. One provision approved by the House and Senate moves reporting requirements from the Department of Defense’s Joint Artificial Intelligence Center. The body evaluates how to improve U.S. defense through advanced artificial intelligence technology.”

The change requires the JAIC to report directly to the Deputy Secretary of Defense. This elevation of the DOD’s Joint AI Center is a sign that U.S. military leadership is taking serious the rise of AI and the potential military applications for the technology.

The 2021 NDAA also includes a previous bill known as the AI Initiative Act that will create a new organization known as the National Artificial Intelligence Initiative Office under the White House’s Office of Science and Technology Policy. The Act will increase federal spending on AI research and increase coordination across government agencies. Another bill, the National AI Research Resource Task Force Act, calls on the National Science Foundation to investigate methods for AI research funding.

The bill also includes what has been called “one of the largest pieces of cybersecurity legislation to date.” FedScoop reports that recommendations issued by the Cyberspace Solarium Commission – a commission created by the 2019 NDAA – made it into the final version of the 2021 NDAA. The recommendations included creating a national cyber director in the White House.

Concerns about the rise of AI – and the dangers it poses to liberty and privacy – date back to 2015, when Stephen Hawking, Elon Musk, and other academics signed a letter warning that the push towards AI could lead to a global arms race. The letter, Open Letter on Artificial Intelligence, called for banning AI technology that humans “have no meaningful control over.”

While the media ignores the massive injection of bills related to AI, several prominent voices in Congress are claiming that passing the 2021 NDAA is more important than ever due to the alleged hacking of U.S. government networks. In recent days, the corporate media has unquestionably repeated claims that the Russian government hacked U.S. networks using malware embedded in network management software made by the firm SolarWinds.

Senator Angus King of Maine, a member of the Cyberspace Solarium Commission, stated that the SolarWinds “hack” proves why Trump must sign the 2021 NDAA. “This is the most important bill on cyber ever passed by Congress, and that’s why I’m really hoping that the president will either sign the bill or let it become law without a signature, because there is so much critically important material in the bill,” King said during an annual summit hosted by Defense One.

The timing of the apparent hack is convenient for cyber war hawks who wish to grant the military unlimited financial resources with which they can develop the AI weapons of the future. These threats/warnings about a coming cyber attack – sometimes deemed the “digital 9/11” or “cyber 9/11” – have been common since at least 2012. For years the U.S. government, the FBI, and NSA have attempted to erode encryption and privacy based on exaggerated claims about terrorism and cyber war.

Interestingly, two members of the World Economic Forum recently spoke about the potential for a cyber attack that would be a greater crisis than COVID-19. Jeremy Jurgens, WEF Managing Director, stated that he believed there would be a new crisis that would be “faster than what we’ve seen with COVID” and have a greater impact on the economy and society.

“We all know, but still pay insufficient attention, to the frightening scenario of a comprehensive cyber attack could bring a complete halt to the power supply, transportation, hospital services, our society as a whole. The COVID-19 crisis would be seen in this respect as a small disturbance in comparison to a major cyberattack.”

These statements and the timing of the SolarWinds fiasco should not be ignored, especially in light of the World Economic Forum’s role in promoting The Great Reset. As with COVID19, the WEF, technocrats, and governments are attempting to use the threat of a cyber attack as an opportunity to remake global infrastructure, with a heavy dependence on Artificial Intelligence. The passing of the 2021 NDAA is simply one more step towards Schwab’s vision of The Great Reset.

In an upcoming report I will examine the SolarWinds claims, the role of AI in The Great Reset, and what we can do to stop the Technocratic State.