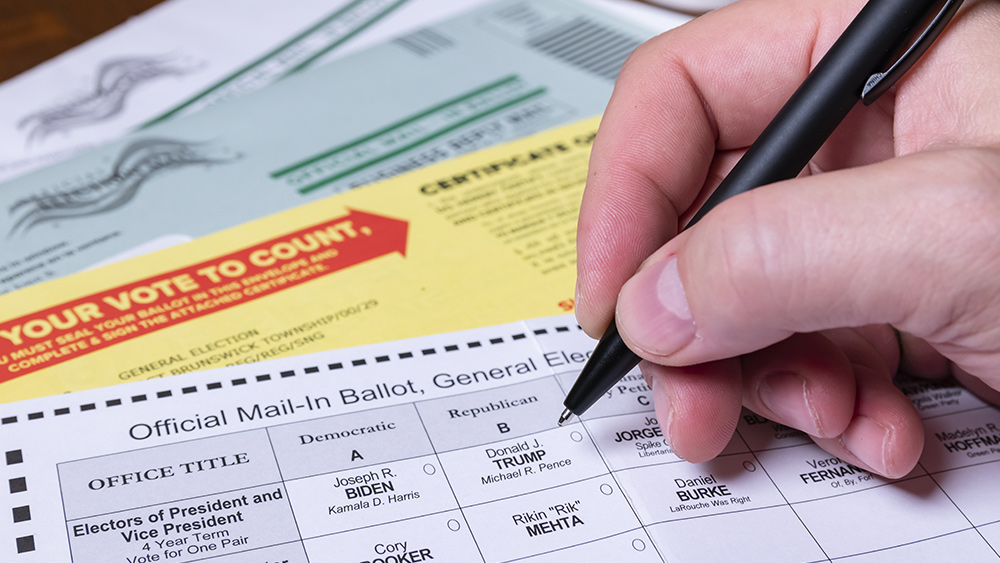 (Natural News) Following a six-hour-long deliberation among the Arizona legislature, the state senate announced the issuance of subpoenas to inspect and audit all ballot counting machines in Maricopa County, where Phoenix is located.

A top Republican senator made the announcement, much to the chagrin of the local media which declared it to be “false claims of election fraud.” Chairman Eddie Farnsworth (R-Gilbert) countered this by explaining that the forensic audit will vet the “veracity” of the 2020 election results.

State law in Arizona allows for legislative committees to issue subpoenas for witness testimonies and related documents, though it is unclear whether or not a committee chairman maintains rightful power to force another government entity to perform an action.

Still, that action is going to get done in the form of an audit, which has Democrats all riled up and suddenly talking about things like the Constitution and restraint of government power.

“It doesn’t seem squarely in the statute,” stated Jim Barton, an attorney who primarily works with Democrats. “I think it’s questionable that it’s in the power of the legislature.”

A Senate Republican who was reportedly not authorized to speak to the media challenged this, stating that state law allowed subpoenas to be issued for “evidence.” It also includes a penalty for witnesses who fail to “produce … and material” related to the subpoena.

Attorney Sidney Powell is also looking into allegations of election fraud. You can support her efforts by visiting her website.

Will this audit really lead to credible results?

Many county officials in Arizona have stated that they were already planning to forensically audit voting machines of their own volition. Clint Hickman, chair of the Maricopa County Board of Supervisors, told the committee that he was already prepared to ask for a hand recount of all 2.1 million ballots cast in the county.

This process was apparently stopped after a case challenging the election results was filed, and later dismissed, only to be immediately appealed to the Supreme Court.

“We have to wait for this litigation to be over,” says Tom Liddy, a deputy county attorney who serves as legal counsel to the board of supervisors. “Once it’s over, and the election is over, the board has much more freedom,” he added, noting that the litigation could be finished by the end of the week.

As we reported just after election day, various complaints were filed in Maricopa County over what came to be known as “Sharpiegate.”

Allegations had surfaced that some polling locations were giving people Sharpie markers to fill out their ballots, which led to ink bleeding through the ballots which then could not being read by the ballot counting machines.

The Maricopa County Board of Supervisors issued a statement claiming that Sharpies “are recommended by the manufacturer of the new vote tabulation equipment because they provide the fastest-drying ink.”

This same statement alleged that any bleed-through “will not impact your vote.”

As for the other allegations of election fraud in Arizona, state and county election officials continue to insist that the 2020 election in the state was both credible and legitimate. This would seem to suggest, based on what we already know about what took place, that the fix is in even for an audit.

“The problem is that auditing the machines is probably pointless now, as there has been plenty of time to reload the non-fraudulent software patches,” wrote one Populist Press commenter.