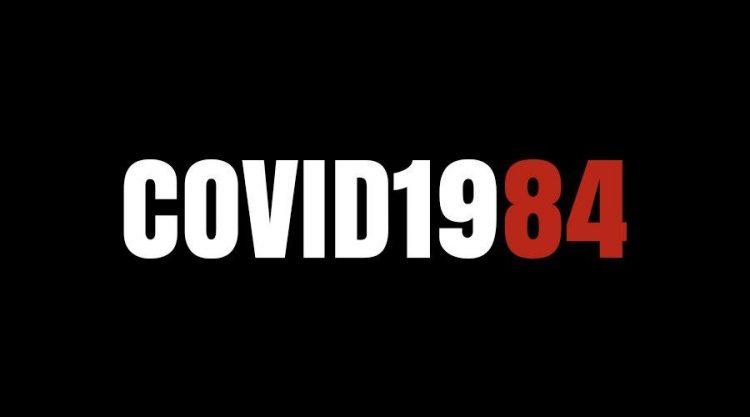 So, a man who has been a pharmacist for 43 years and owned a pharmacy for 30 years says there is “something very strange going on with this Covid thing.”  He points out that while we are well into the flu season, he hasn’t dispensed any generic Tamiflu at all, and a friend of his who is with a national wholesaler with 75 accounts hasn’t sold any to any pharmacies.  Yeah, I’d say that is very strange.  He also stated he believes we’re being played and why.

The pharmacist goes by Harvey Staub on Twitter.  Here’s the threat he presented earlier this week.

2) I have not dispensed any Tamiflu this season whatsoever. Tamiflu generic is the most prescribed medication for the flu, once you’re diagnosed having the flu. Extremely effective. I asked my friend Mike, who works as a salesman for a major national wholesaler.

3)…how much tamiflu and generic has he sold to Pharmacies this season. He hasn’t sold any. He has 75 accounts of independent pharmacies across the United States.

4) Conclusion: By now, it’s well known that Covid tests give false positives. How many of these false positives are actually “the flu”? How many are just “the common cold”? Why does the CDC report daily case numbers & deaths for Covid and not for the flu? …

5) CDC says Covid is more deadly than the flu. Well, if you’re potentially taking a large number of flu cases and bundling them into the Covid numbers, then yes, the perception is that it’s more deadly. …

6) I believe we’re being played. Yes, Covid is real, it can be deadly. We now have drug regimens to treat Covid effectively, one being Dr. Zev Zelenko’s @zev_dr regimen, among others. I believe the Covid numbers are being skewed upward, on purpose…

7)…to continue instilling fear and panic into people, for governments to continue with lockdowns, for more small businesses to be put out, for more people to kill themselves, or others; for more & more social upheaval. Why? Total population control through fear. …

8) If we are so obedient to wear masks, obedient to stand here, don’t stand there, obedient to get the Covid vaccine, obedient to carry proof you’ve gotten the vaccine; otherwise, you won’t be able to fly; then it will be buses, trains, taxis, Uber’s, Target, Walmart, grocery stores…

9)….everything. Just like that. You’re giving up your freedoms to a virus that has a 99.4 % survival rate, according to the CDC. And the vaccine? Like I’ve told my customers all these years; don’t be the first on your block to try anything new. …

10)They really don’t know what they’ll find out in 6 months, a year, 5 years & longer, that can be attributed to the vaccine. It’s way past time for people to take their heads out of their ass & start thinking for themselves. / Done

Others seemed to confirmed the tweets in their area.

We are checking and have been checking for covid and both Influenzas since September. To date I can confirm in intensive care in Toronto at a major hospital we have had not a single positive case of influenza

There’s definitely a control mechanism to this but I think one commenter hit on the other aspect of all of this.

Covid diagnosis brings in big money to these hospitals, trillions have been stolen since last March.

Finally, just keep in mind a little history of influenza in the first place.  Arthur Firstenberg’s “The Invisible Rainbow” recounts quite a bit of history concerning electricity, radio waves and radiation effects upon the human body.  One man wrote, based on Firstenberg’s book, how this narrative of explanation of viruses and flu has evolved.

The word “influenza” originated in Italy. The first record of this strange and inexplicable illness occurred around the year 1580. As the phenomenon recurred, acute observers recognised that it tended to ‘pop up’ simultaneously in multiple locations, sometimes on multiple continents. In an effort to explain this cognitively dissonant fact, Italian ‘scientists’ examined sun-spot records and noticed that outbreaks always seemed to coincide with peaks of sun-spot activity.

They understood that when the sun’s surface (or CORONA) was most active, there were mass-ejections from the sun that manifested as spectacular displays of the Aurora Borealis in northern climes and that there were also magnetic effects (or magnetic ‘waves’) from the sun that struck the earth with uncommon intensity at these times.

Thus the word “INFLUENZA became the name of this illness. “Influenza” being short for “Influenza delle stelle” …  INFLUENCE OF THE STARS.

So, by the early 1600s European scientists had worked out that the cause of the illness now known as ‘influenza’ was the effect of unusual magnetic waves impacting the human body.

This “flu” narrative was accepted throughout the 1700s and 1800s. There were multiple references to the illnesses brought on by the proliferation of telegraph communications and the installation of AC power grids in US cities. Some of the reported effects were very serious for the persons involved, listlessness, loss of energy, depression, headaches and much more*.

The ‘electric/magnetic’ causation narrative continued as a model for explaining ‘flu’ symptoms right up until about 1920 and the global catastrophe of 1918/19 that was ‘The Spanish Flu’.

Again, this illness spread so fast that scientists could not explain the rate of contagion by human-to-human transfer of particles but it was the SECOND WAVE of Spanish Flu that killed tens of millions of people right across the world.

The US Surgeon General ordered a series of investigations into the nature of this disastrous contagion. One such series of experiments were conducted using 100 healthy volunteers from the US Navy by bringing them into close, controlled contact with patients suffering from the illness. A number of tests were repeatedly performed. Blood was extracted from the sick and injected into the volunteers. Patients spat into trays and the uninfected drank their sputum. Patients sneezed and coughed while volunteers, nose-to-nose, inhaled the droplets ejected as deeply as they could.

Doctors found, to the amazement of many, that NONE OF THE VOLUNTEERS GOT SICK.

This ‘Influenza’ COULD NOT BE TRANSFERRED FROM ONE PERSON TO ANOTHER.

IT WAS NOT CONTAGIOUS.

Many scientists and thinkers of the day, such as Rudolf Steiner, declared that the apparent “contagion” was the result of simultaneous exposure to the new RADIO WAVES (electro-magnetic frequencies) that were being broadcast for the first time across almost the entire world.

Given that 50 million died, ELECTRICITY AS POTENTIAL CAUSE OF DEATH was not an idea that our finance rulers could allow the public at large to believe. This awareness was excluded from the public domain and the false ‘virus’ narrative was invented to explain ‘the flu’.

If the public had been allowed to think that electrical installations and the radiation thereof might KILL them, then the entire 20th Century couldn’t have happened. All plans for development, industrialisation and corporate profits involved electricity. The establishment needed another story.

They got it. The ‘virus’ narrative exactly mirrors the ‘new EMF’ narrative of causation of influenza.

A virus keeps mutating. Our bodies adjust to the old virus/emf frequency and we are then OK until a new mutation/new frequency comes along.

I’m firmly we are being played, but that it’s been going on for quite some time (Revelation 18:23).