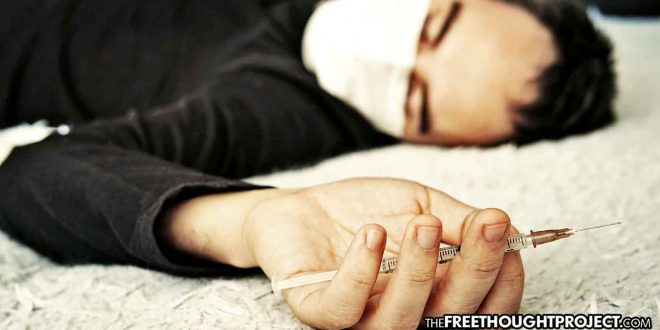 San Francisco, CA — Stay home, save lives. This is the mantra many Californians have repeated and lived by for the last 10 months as their governor instituted some of the most draconian measures in the country. Watching their economy turn to shambles as thousands of businesses close their doors forever is making some folks grow weary of the COVID-19 lockdowns, and rightfully so.

Earlier this month, the city of San Francisco issued an order shutting down outside play for kids at playgrounds. Seriously. Even dating is banned unless it’s done masked, outside, and kiss free.

According to the order, residents can “meet with 1 other person who doesn’t live with you” to take a walk, “hang out at the park,” and play low-contact sports, such as golf, tennis, pickleball and bocce ball. However, couples cannot share equipment.

Countless San Franciscan businesses have closed their doors forever and the city, whose population is nearly 900,000 has seen less than 200 coronavirus deaths since the beginning of the pandemic — 173 to be exact.

While folks aren’t dying from COVID-19 very often in the area, there is definitely a spike in deaths, and it is staggering. A record 621 people as of December 19 have died of drug overdoses in San Francisco. That is 360% more deaths than COVID-19.

As people lose their jobs, are forced to socially isolate, told to stay in their home by government, and face eviction thanks to the lockdowns, they often slip into a deep depression, turning to substance abuse or suicide as a way out.

Even more startling is that according to KTVU, the deaths from overdose could have been far higher if 3,000 people didn’t have their lives saved by Narcan this year. So far this year, partially thanks to the draconian measured handed down by authoritarians under the guise of “stopping the spread,” overdoses have skyrocketed over last year’s numbers by 50%. Only due to an increased availability of Narcan is that number not 100% or even 500%.

Sadly, San Francisco is not alone in their plight. As people watched their bank accounts dwindle, lost their livelihoods, and were forced to stay inside, cities across the country experienced a massive uptick in overdose and suicide deaths.

An article published this month in BMJ details how Chicago saw a massive increase in hospitalizations and deaths at the beginning of the lockdown. These people were not sick and dying with COVID-19, however, they were dying from overdose.

“For me, that was just shocking,” Richard Jorgensen the coroner for DuPage County in Illinois, told BMJ. Jorgensen told the Journal he expected a surge in hospitalizations and deaths and actually saw one, but it was not from coronavirus.

As the BMJ points out:

This rise wasn’t unique to DuPage County, either. Throughout the US, a shadow pandemic of drug overdoses has emerged in the wake of the coronavirus. Preliminary data from October 2020, published by the National Center for Health Statistics at the US Centers for Disease Control and Prevention, showed that over 19 000 Americans had died as the result of an overdose in the first three months of 2020, just weeks into the pandemic—an increase of 16% since 2019. The uptick came just as some parts of the country were finally seeing a hard fought downturn in overdoses and deaths.

During the initial phase of lockdowns, we also saw a major spike in excess deaths. But contrary to what was originally reported, these deaths were not due to COVID-19. The chances of someone under the age of 70 dying from COVID are fairly low, according to the CDC. However, it appears there was a significant spike in excess deaths among 25-44 range. And, the overwhelming majority of them did not die from COVID-19.

A study published by a group of medical doctors and researchers noted this increase in excess deaths earlier this year, and broke it down as follows:

“It appears that the excess death count during the COVID-19 outbreak in the 25-44 age bracket cannot be wholly attributed to the virus.  Less than half can be accounted for by current COVID-19 numbers from the CDC (which may be lagging).  It is unlikely that deaths in this age bracket are related to other common COVID-19 comorbidity conditions.  It is likely that these are deaths related to suicide, despair, alcohol and drug abuse, and violence; collateral effects of various public policy mitigation measures.  One can reasonably conclude that the lock-downs and stay at home orders may have had significant negative effects.  This is a cursory analysis and will be refined as data becomes more complete.”

It appears that no matter how draconian the lockdowns get that the virus spreads regardless. Bureaucracy has lost the fight and it is high time we stop making things worse by forcing people further into depression and poverty.

Even the CDC is reporting that “the latest numbers suggest an acceleration of overdose deaths during the pandemic.”

“The disruption to daily life due to the COVID-19 pandemic has hit those with substance use disorder hard,” CDC Director Robert Redfield said last week in news release. “As we continue the fight to end this pandemic, it’s important to not lose sight of different groups being affected in other ways. We need to take care of people suffering from unintended consequences.”

Unfortunately, this does not appear to be happening.

We are not claiming to have all the answers, but conversations like this are necessary and it is time we start paying attention to the tens of thousands of people under the age of 70, who died — not from COVID-19 — but from the government’s reaction to it.