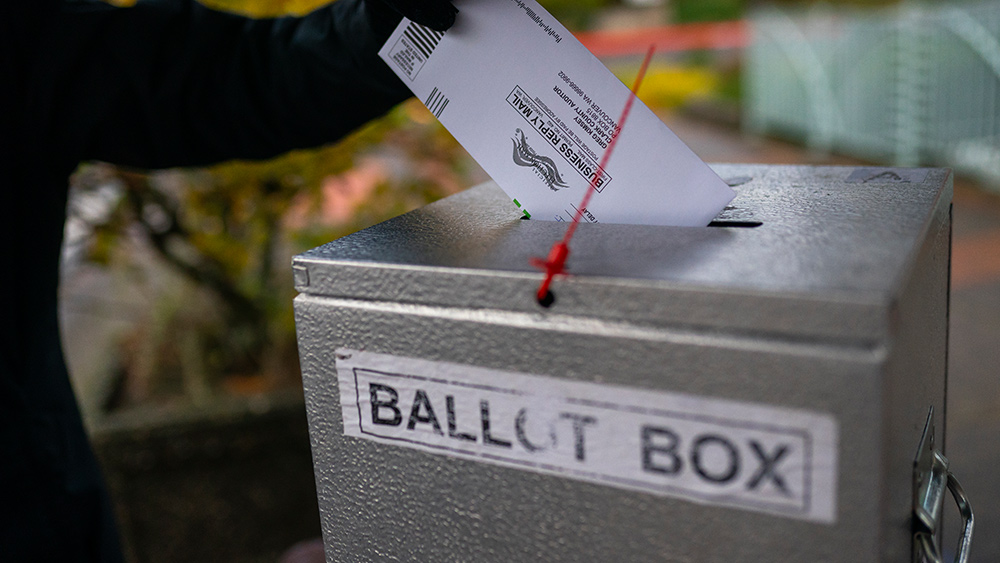 (Natural News) Ending “systemic racism” cannot happen simply by giving people with black skin free money and abolishing the police. The United States must also get rid of the Electoral College and count every black vote twice, according to The Nation.

“Vote reparations,” as the left-wing rag is calling it, would effectively bring about “equality” by “empower[ing]” black people “to replace the oppressive institutions with life-affirming structures of economic, social, and political equality.”

“And if our elected representatives did not prioritize this transformational work,” The Nation‘s Brandon Hasbrouck writes, then “we could vote them out” as punishment.

This latest manifesto by the far-left outlining how to give black people the upper hand in American society uses a lot of virtuous-sounding words and concepts to make the case for double-counting every ballot cast by a black person in any election.

Allowing black people only one vote each just like everybody else is only serving to uphold “structurally racist political institutions” that must be abolished in order to help “undo the damage of the Electoral College.”

The truth, of course, is that the Electoral College exists to ensure that minority votes count the same as majority votes. Without it, a handful of big cities would decide every election, disenfranchising everybody else.

In Hasbrouck’s assessment, however, black people in big cities should be allowed to decide every election. Anything less is “racism,” he suggests.

America is re-segregating itself, thanks to leftists

Implementing a vote reparations policy like the one Hasbrouck believes is necessary to create “equality” would allow for black people to choose every president, as well as prevent any Republican from ever holding the White House again.

This is, of course, the ultimate goal in trying to abolish the “one man, one vote” principle that ironically enough led to the passage of the Voting Rights Act of 1965, which outlawed racially discriminatory voting practices in mostly southern states.

“Abolition democracy invites us to engage with abolition not as a finite goal but as a radical process of challenging injustices wherever and in whatever form they might appear.”

Such a concept hearkens back to Dredd Scott’s five-eighths designation that only counted each black vote as five-eighths of a white vote. The only difference is that now, the call is to have white votes count as only one-half of every black vote.

America had been in the process of moving past all this until Democrats decided to make skin color the most pertinent issue of our day. Now, these “progressives” are calling for all kinds of special treatment specifically for blacks at the expense of whites, which is only going to backfire in the end.

“The left is bound and determined to force another civil war,” wrote one Infowars commenter. “At some point, conservatives are going to have to rise up and defeat the liberals or lose the country. This election may be that turning point.”

For more related news about how the left is bringing us back to the days of race-designated drinking fountains, be sure to check out Libtards.news.