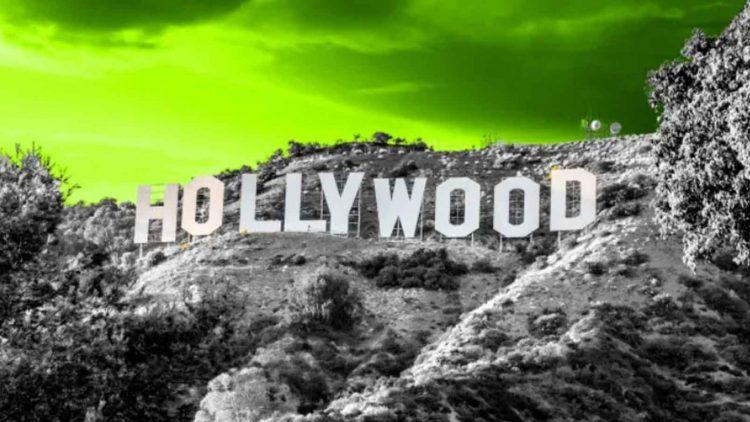 When George Gascon ran for DA of Los Angeles County on a platform of protecting criminals from cops, Hollywood money put him over the top. Once Gascon got into office, he began dismantling protection for victims of violent crimes. Even for the littlest victims.

The beneficiaries of his pro-crime policies funded by Hollywood included a monster who beat a 6-month-old baby girl so badly that her skull shattered leaving her with brain damage.

The little girl is now blind and can only eat through a feeding tube.

This is the pro-crime program that major Hollywood donors like Netflix CEO Reed Hastings, Steven Spielberg, Warner Bros’ first black TV head Channing Dungey, and other industry figures, had paid for. Hollywood has been a major source of cash for pro-crime politicians and legislation that helps criminals at the expense of their victims. Except in one particular area.

You can crush a baby’s skull, mug an 80-year-old woman, or break into the home of any ordinary person, but what you can’t do is infringe on Hollywood’s copyrights. And that’s why the same industry that champions muggers, rapists, and killers also embedded felony streaming into the omnibus bill that threatens offenders with anywhere from 7 to 10 years in prison for the “unauthorized” rebroadcasting of movies, shows, and sports over the internet.

This comes from the same industry that also funded the ‘legalization’ of shoplifting.

Proposition 47 essentially ended prosecution for thefts of under $950, replacing them with meaningless citations. The proposition, backed by Gascon, turned stealing anything under $950 into a misdemeanor instead of a felony.  It was backed by major entertainment industry figures including Netflix CEO Reed Hastings, Brad Pitt, Judd Apatow, Edward Norton, and a roster of other stars, two of whom have since been accused of sexual abuse, under ‘Artists for 47’.

Rob a grocery store and you get a citation, but streaming an NFL game is a felony.

“All creative people want the same thing – to share their vision with the world and make a living doing it,” Creative Future argues. That’s a laudable thing, but why shouldn’t a store owner in Oakland expect to be able to earn a living without being robbed every day? Or are property rights reserved only for “creative” people working in an industry where plagiarism is the norm?

One Creative Future letter barked that it “is long overdue to ensure that large-scale perpetrators of all forms of digital piracy may face meaningful criminal penalties”. The letter was signed by assorted industry trade groups including the DGA, of which Spielberg is a member, and SAG, of which most of the ‘Artists for 47’ and a number of Gascon’s backers are members.

There are to be “meaningful criminal penalties” for piracy, not for crushing a baby’s skull.

The DGA’s position is understandable considering its members include Victor Salva, a director convicted of sexually abusing the 12-year-old star of his first movie, but who went on to make horror movies produced by DGA Lifetime Achievement Award recipient Francis Ford Coppola before going on to make a Disney movie with the child he had abused protesting outside.

The DGA ran an interview with Roman Polanski, who had drugged and raped a 13-year-old girl, sensitively asking the auteur, “could you conceive of ever working in America again or would the media circus just be too much to deal with?”

The entertainment industry prioritizes the money of its members, not the bodies of children.

Just ask DGA members John Landis and Steven Spielberg about the deaths of 7-year-old Myca Le and 6-year-old Renee Chen on the set of The Twilight Zone Movie while trying to portray the evils of America ‘bombing’ innocent Vietnamese children by fighting Communism.

The felony streaming bill is pushed by Senator Patrick Leahy, whose ties to the industry and Warners are so blatant that he had cameo roles in multiple Batman movies, and who favors all kinds of decriminalization measures for actual crimes like drugs and prostitution by minors.

But the industry likes legal drugs and minor prostitution, and hates illegal streaming.

Unless it’s incarcerating the enemies of the entertainment industry that holds his leash.

Hollywood, its trade groups, and the legislators they funded insist that their 7 to 10 years in prison for video streaming is all about “large-scale piracy” and won’t affect ordinary people. There’s obviously no reason to be skeptical that the government will abuse that power. Government never does. Just like Hollywood and the politicians they bought never lie.

And the same industry which tried to ban the VCR while claiming that “the VCR is to the American film producer and the American public as the Boston strangler is to the woman home alone” can be trusted not to overreach its power in order to maintain its grip on Americans.

“86.8 percent of all these owners erase or skip commercials,” the Motion Picture Association boss had once ranted at a congressional hearing.

“The average number of cassettes per household… 28 cassettes. Now, if… all you are doing is you are away from home and you are taping something… you don’t need 28 cassettes. You need one cassette or at the most two. Why do you have 28?”

The same industry that treated the number of VCR tapes Americans had in their homes as evidence of a criminal conspiracy can be trusted to write reasonable and sensible laws.

“We have the best congress money can buy,” Will Rogers supposedly once joked. Complaining that industry trade group lobbyists and lawyers write laws is like pointing out that water is wet.

This is the ordinary everyday corruption of our political system that resulted not only in felony streaming, but the CASE Act, a system to take copyright litigation out of courts and to arbitrators, allowing the industry to hit ordinary people with $30,000 judgements, along with assorted tax breaks that were rolled into the omnibus spending bill. And then there’s a five year tax break for Hollywood that allows producers to expense $15 million in production costs.

But when the same industry that criminalizes those who infringe its intellectual property rights also decriminalizes robbery, rape, and assault against ordinary people, it’s too much.

“At the age of 6 months, this little child was bludgeoned over the head by a babysitter. She suffered traumatic brain injury; she had a skull fracture, multiple hematoma in her head, she’s now permanently blind and now the District Attorney wants to drop the great bodily injury allegation which would mean this defendant would be eligible for probation, she would serve no time for a heinous, heinous crime,” Sam Dordulian, the pro bono lawyer for the family, warned.

This is the outcome that Steven Spielberg, Netflix, Warner’s TV boss, and other industry power brokers paid for when they bought the DA election for the Black Lives Matter candidate.

Now Warner Bros, Spielberg, through the DGA, and the rest of the industry want to send people to prison for 10 years for streaming videos while crushing a baby’s skull gets you probation.

“The DA of Los Angeles County has stated that all allegations involving the Great Bodily Injury of a child (ex: burns, fractures, blindness, or broken bones) shall be dismissed,” an LA Deputy DA warned.

Break a child’s bones, blind or burn him, and get off with a slap on the wrist. But don’t you dare stream a movie. Hollywood has standards. Releasing criminals is a good thing. Muggers, rapists, and child abusers should be on the loose. But lock up everyone who prevents Hollywood from making as much money as it can from Frozen 3 or Big Bang Theory reruns.

It’s not that Hollywood opposes criminal justice on principle. Illegally stream its movies and it will fight to throw you into the same cell vacated by the rapists and murderers it fought to set free.

Prisons, it believes work. So does the criminal justice system. They must, otherwise Hollywood wouldn’t be pushing to send people who stream its products to prison for a decade.

It just doesn’t believe that thugs who break into your home should be sent to prison.

Much as it believes that guns work, when carried by its armed bodyguards, but doesn’t believe that you should be able to own a gun to protect your home from the criminals they set loose.

And that is the real crime.

The Left’s oligarchy is building a two-tier society under the guise of fighting for social justice. Crimes that violate its property and political propriety will be punished more ruthlessly than ever, but the crimes that destroy the lives of the working class and the middle class will be legalized.

In Hollywood’s America, there will be chaos in the streets, but its corporations will wield supreme power. No shopkeeper can be safe, but every studio will be covered. There will be police, but you won’t call them when you’re mugged: they will come when you make a meme.

And it’s coming to all of America.