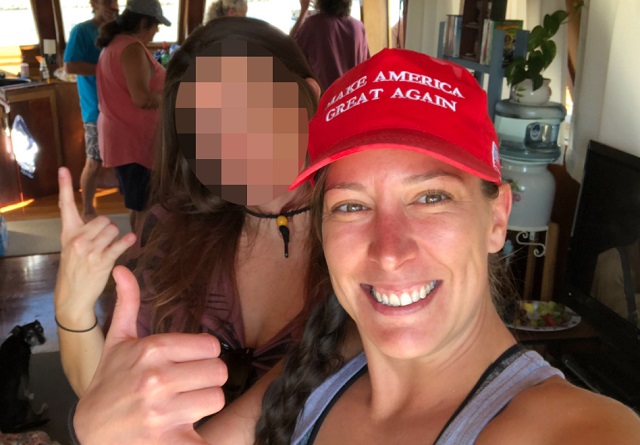 The unarmed pro-Trump protester allegedly shot dead by Capitol police on Wednesday has been identified as 35-year-old Ashli Elizabeth Babbitt, a 14-year veteran who served four tours with the US Air Force and worked as a high level security official throughout her service.

From KUSI, “KUSI News confirms identity of woman shot and killed inside US Capitol”:

KUSI News has spoken with her husband.

The woman is Ashli Babbit, a 14-year veteran, who served four tours with the US Air Force, and was a high level security official throughout her time in service.

Her husband says she was a strong supporter of President Trump, and was a great patriot to all who knew her.

Graphic video of her execution was censored by Twitter on Wednesday evening to keep people from seeing the horrific crime which took place.

The video showed no evidence to indicate she posed any sort of threat.