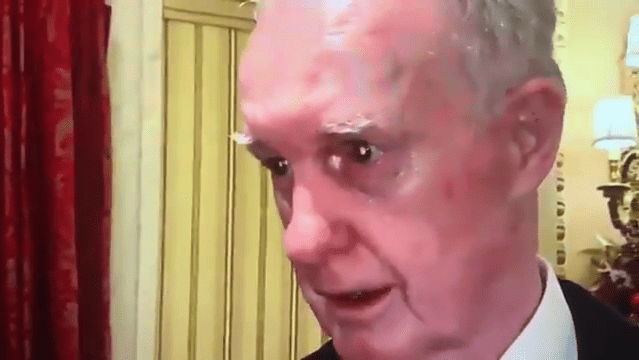 So, following the storming of the Capitol building on Wednesday by what appears to be Antifa members, apparently, there were also some others mingled in with them that General Thomas McInerney claims were special forces who seized several laptops from offices of politicians who are engaged in treason against the united States.

On the 6th, The Gateway Pundit reported that “patriots” were inside House Speaker Nancy Pelosi’s office.

Blaze TV reporter Elijah Schaffer has tweeted a photo from inside Nancy Pelosi’s office where emails were left open on the computer screen as staff rushed to flee.

Schaffer wrote, “I am inside Nancy Pelosi’s office with the thousands of revolutionaries who have stormed the building.”

The reporter also tweeted a photo of her unlocked computer screen.

BREAKING: I am inside Nancy Pelosi’s office with the thousands of revolutionaries who have stormed the building

To put into perspective how quickly staff evacuated, emails are still on the screen along side a federal alert warning members of the current revolution pic.twitter.com/m24YjtWIXh

The chambers have been barricaded as patriots are attempting to break down the door, according to CNN.

Another man was picked up on mainstream media with his feet propped upon on Pelosi’s desk, and was later arrested in Arkansas.

BREAKING: The man photographed with his feet on Speaker Pelosi's desk during the Capitol Hill siege has been arrested, @NBCNews has learned. pic.twitter.com/SaiwJ2UFUc

This image has been circulating as evidence that possibly dozens of laptops were seized by what McInerney claims are special forces. 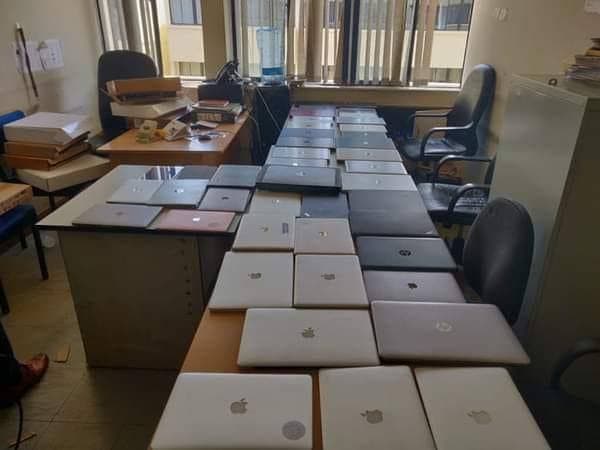 I have not been able to verify the above photo is actually of laptops seized on January 6.  If anyone has additional information, please click the contact link at the top of this page and send me any source material and I will update this article.

Many believe we are on the verge of seeing much-needed justice, and that may indeed be the case.

However, I believe we may be on the verge of seeing a political opposition removed, and a totalitarian state put into power.  Time will certainly tell.