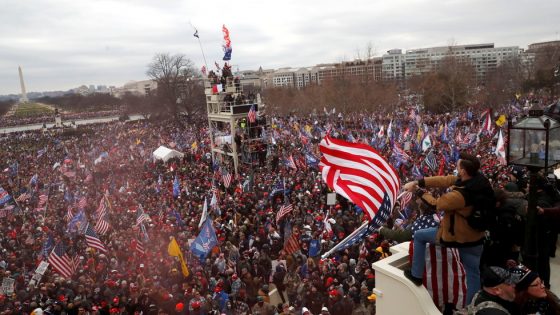 “Many of Us will return on January 19, 2021, carrying Our weapons, in support of Our nation’s resolve, towhich [sic] the world will never forget!!! We will come in numbers that no standing army or police agency can match,” wrote a popular Parler user who frequently posts about QAnon, and is being tracked by the Anti-Defamation League.

“Round 2 on January 20th. This time no mercy. I don’t even care about keeping Trump in power. I care about war,” an anonymous person posted on the platform TheDonald.win, which is filled with comments posted by people who lauded those who went to the capitol on January 6th as “heroes.”

According to NBC News, censorship is necessary because people are rallying against corruption in the government.

Parler, Telegram chat rooms, and the platform TheDonald.win were all used to plan and coordinate the Jan. 6 rally that turned into a riot. Posters explicitly stated their intentions to “occupy” the Capitol. QAnon conspiracy theorists and people associated with militia groups had a visible presence in Wednesday’s crowd. –NBC News

They are setting the stage for the takedown of communications and massive censorship campaigns that have already begun.

“There is growing concern that violent extremists are emboldened by the breach of the Capitol, which means the clock is ticking on taking down the most influential incites of violence before they act again,” said Frank Figliuzzi, former FBI assistant director and NBC News national security analyst.

Things are going to continue to get more divisive and the rhetoric won’t stop.

Stay prepared and alert. Watch these headlines and understand what the media is doing.  This is all about the division and it is not going to get better after Biden’s inauguration. This will not end until we wake up en mass and stop allowing ourselves to be ruled by the few.