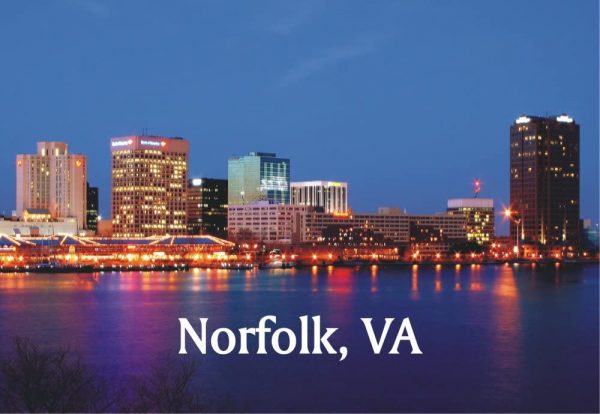 Go ahead and say it again. It’s all but required to repeat ad nauseam, correct?

If you fail to repeat it, your acceptance in public life will be revoked.

Meanwhile, in the real world, we see how futile it is to convince black people to believe black lives matter. [Killings and shootings jumped sharply in Norfolk in 2020. How much is the pandemic to blame?, Virginian -Pilot, January 8, 2021]:

NORFOLK — Amidst a pandemic, a cratering economy, and social unrest, the number of homicides and shootings spiked in Norfolk last year to their highest levels in more than a decade. What didn’t change was the people who were killed and those suspected of doing the killing.

There were 48 homicides in Norfolk last year, 34% more than the average over the past decade. It’s also the same number of killings Norfolk had in 2016 when a gang war in some of the city’s poor, Black neighborhoods caused the number to jump.

More than 90% of those killed in 2020 were Black, in a city that’s about half white. Police have cleared just under 60% of the cases, which usually means they’ve arrested someone. More than 90% of the people suspected in the killings are Black.

Michael Maslow, the acting deputy police chief, told The Virginian-Pilot in a phone interview that the nature of homicides and gun violence hasn’t changed much. It’s increased, but it’s still disproportionately hurting Black people, specifically Black men. It’s often between people who know each other, and some of it involves gangs.

Maslow became the second-highest ranking person in the Police Department in May after leading investigations into violent crimes for nearly seven years.

Shootings, which Norfolk Police Chief Larry Boone has described as the “tell-tale story of your city” when it comes to violence, also jumped last year. There were 202 shootings, 28% more than the year before, and 244 victims.

One of those 244 people shot in Norfolk last year was a 1-month-old infant. The baby was one of five people shot in one shooting on one August night. A day later, the police department posted a video of Boone talking about the shooting and gun violence generally.

“We have a human being that has barely been on this Earth for 30 days and they are already a statistic of gun violence. What a horrible first impression of what life can be like in this world.

“Unfortunately, in some cases, it appears that the community has become desensitized to this type of shooting,” Boone said.

Why aren’t they killing each other at rates anywhere near what we see black people doing in Norfolk, all during a year where every segment of American life united in chanting ‘Black. Lives. Matter.’?

Every major US corporation put out messages in support of Black Lives Matter during late May/early June 2020, but somehow the black citizens of Norfolk failed to hear/read this decree.

Oh well, just blame white people collectively for these individual black deaths and all will be forgiven. Channel the anger in the right direction (evil white people), instead of noticing patterns in fatal/nonfatal shootings.