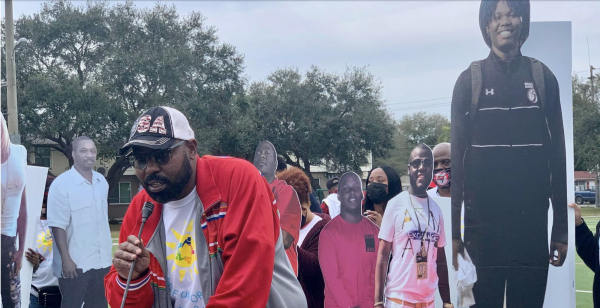 In a year all life in America was mandated to believe Black Lives Matter (above all other lives), someone forgot to tell the black population of Tampa Bay this monumentally important decree.

Gun violence, almost exclusively with a black suspect (invariably, almost always a black victim) doubled in 2020 from 2019, though we were required to believe Black Lives Matter starting around the end of May.

Patrick Reed was picking up his 12-year-old son up from football practice last November when he was killed in a drive-by shooting, his mother said. Her grandson told her a crowd of people watched the 36-year-old Tampa man use his body to shield two children as bullets sprayed through a park.

Another crowd witnessed the shooting death of 28-year-old Dwayne Saddler during a party in the College Hills neighborhood last July. And another saw who shot 27-year-old Devante Brown in March when he left his home in the Tampa Park Apartments to hang out with friends.

Still, the people who killed Reed, Saddler and Brown remain at large, Tampa Police said, leaving their families with a growing agony. Now, as shootings tear Tampa’s Black community apart, those left behind are banding together to bring an end to “no-snitch culture.”

On Sunday, the mothers of Devante Brown and Dwayne Saddler urged their neighbors to take a public stand against the gunfire, joining Mayor Jane Castor, Tampa Police and others for the first in a series of “peace walks” under the banner “Rise Up for Peace.”

Tampa Police say the surge in shootings began in March as the coronavirus pandemic forced people to stay home and practice social distancing. Since March 1, police have investigated more than 100 shootings of young black males. During that same timespan, TPD seized more than 150 guns and responded to more than 900 gun-related crimes, up from 450 gun-related crimes recorded in all of 2019.

“This senseless killing has got to stop,” Tampa Mayor Jane Castor told a crowd of about 200 Sunday at the Jackson Heights NFL Youth Association Town Center. “People know where the guns are, they know who is committing these acts. You have got to come forward with that information so that we can ensure that we don’t add any more faces to those we’ve already had to bury.”

Tampa saw roughly double the number of shootings in 2020, 131 compared to 68 the year before. In the month of November alone, Tampa police recorded 23 shootings, Chief Brian Dugan said. In November 2019, there were four. Castor, the city’s former police chief, said she’s never seen such a surge.

One example, she said, is ongoing task force meetings with members of the Black community that were started after the city’s Black Lives Matters protests.

“I think the most salient lesson learned for us during the civil disorder over the summer was that we had failed to establish relationships with younger generations,” Castor said. “That was a lesson learned.”

Now, she said, “we have the community define the kind of policing we really need.”

Laugh. There’s nothing else you can do.

But somehow this is all the fault of white people and white gun owners.