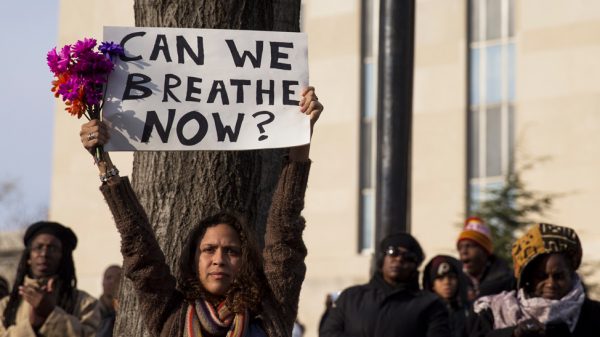 To paraphrase Aragorn from Lord of the Rings: The Two Towers, “Open war via wokeness is upon you whether you would risk it or not.”

When every problem non-whites face can be blamed on whites, and only a handful of whites notice the logical conclusion of such a scenario, the totality of the Woke Wars inevitable victory becomes daunting. [Incoming White House Climate Team Blames ‘Systemic Racism’ for Climate Change, Washington Free Beacon, January 18, 2021]:

A pair of top incoming White House environmental aides has blamed “systemic racism” as a driver of climate change in an attempt to justify a government-led economic overhaul.

“Unless intentionally interrupted, systemic racism will continue to be a major obstacle to creating a healthy planet,” Martinez said in a 2019 press release touting her “Equitable & Just” climate platform. “The only path forward is to design national climate policies that are centered on justice.”

For Thomas and Martinez, such policies require “massive” government spending and the “realignment of public dollars at all levels.” Thomas’s climate plan demands “trillions” in public investment—not only to “crack down” on oil production and shift away from the nation’s “fossil fuel economy” but also to fund welfare programs, including rent and utility relief. Martinez’s platform calls for much of the same, including increased government investment into “affordable and quality housing.”

Progressives’ most ambitious climate goals are likely to face congressional opposition from centrist Democrats. Sen. Joe Manchin (D., W. Va.) recently told the Washington Examiner that he would oppose a federal mandate to make utilities carbon-free within 15 years. But Biden could use executive action to implement some of his team’s far-left climate-policy priorities. Thomas’s climate plan, for example, calls on the president-elect to issue an executive order “on day 1” establishing a “government-wide environmental justice initiative” tasked with centering “federal environmental policy around equity, justice, and inclusion.”

“Punishing America’s energy workers will do nothing to address climate change and it will do nothing to address injustices. It will, however, cause the prices of gas and utilities to rise sharply, and that will punish the less privileged most of all,” Turner told the Washington Free Beacon. “We do need to talk about housing, employment, and racism, but doing so under the pretext of energy policy will deliver muddied, expensive, and pointless legislation.”

Simply blame all problems non-whites face on institutional racism/structural inequality/implicit bias/white privilege, and see your cause lavishly funded by not just Corporate America, but promoted by virtually every institution of power in both public and private life.